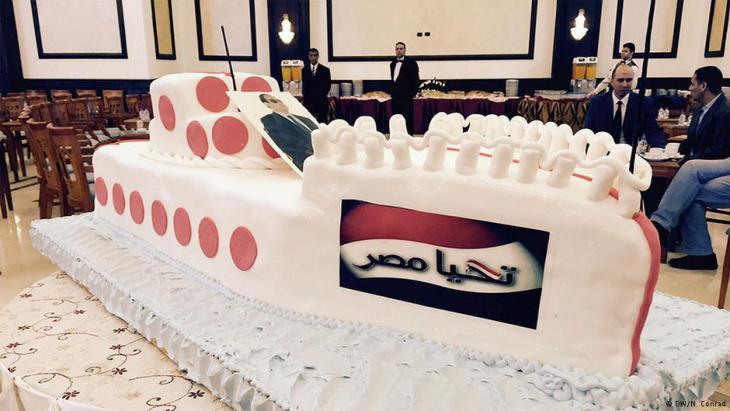 Post-revolution transformation in Egypt and Tunisia
Let them eat cake!

In Tunisia, members of civil society and the media may freely scrutinise the government and call for change. By contrast, writes Ishac Diwan, freedoms of expression and association are severely limited in Egypt where criticising government policies is tantamount to high treason

It has been five years since Egypt and Tunisia underwent regime change and both countries are still suffering from low economic growth, large fiscal deficits, high unemployment and rising public debt. Having failed to institute reforms on their own, both have turned to the International Monetary Fund, which entered into an arrangement with Tunisia in 2013 and has just approved a $12 billion loan programme for Egypt – the country′s first since 1991 and the largest ever for a Middle Eastern country.

On the face of it, countries moving towards democracy seem as likely to experience poor economic performance as countries moving towards renewed dictatorship, because political instability and uncertainty of any kind naturally hurt investment and growth. But Tunisia has embraced political inclusion and could soon find itself back on the path toward healthy economic growth, while Egypt′s closing society positions its economy for a downward spiral.

Until recently, both countries′ governments showed a surprising lack of interest in economic reform. Instead, they engaged with identity issues and security challenges in ways that reflect their diverging political paths. In Tunisia, electoral contests between the Islamist Ennahda Party and the secular Nidaa Tounes Party have allowed for a productive debate about the role of religion in politics and society; in Egypt, by contrast, President Abdul Fattah el-Sisi′s autocratic government has violently repressed the Muslim Brotherhood. 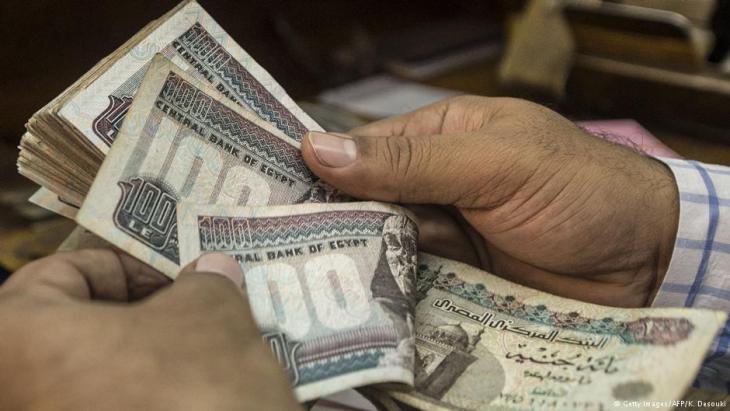 A closed political system: "the Egyptian government is constantly in fear of the street. With no channels for constructive political debate, the government′s best option has been to postpone necessary economic adjustments until they become unavoidable. This is not only economically inefficient; it is also politically risky. Egyptian politicians can do little but cross their fingers and hope that the street does not rise up in response to the recent currency devaluation," writes Diwan

Meanwhile, governments in both countries could not resist increasing public spending. In Egypt, subsidies were still above 10% of GDP in mid-2016, suggesting a return to the old authoritarian bargain whereby citizens abstain from political participation in exchange for government economic support. Now, to qualify for the IMF′s assistance, Egypt has committed to reducing its subsidies and instituting a value-added tax.

In Tunisia, labour unions have managed to push civil-servant wages – which now equal 15% of GDP, up from 10% of GDP in 2011 – well above IMF targets. And macroeconomic instability has impeded growth in both countries. Egypt′s low credit rating has forced the government to borrow domestically, which has crowded out other borrowers to the point that private investment amounts to just 11% of GDP. Tunisia′s external state borrowing has not crowded out the private sector; nonetheless, private investment has fallen to 18% of GDP.

Both countries′ current-account deficits have widened as a result of falling tourism revenues and disrupted export activities and neither country has taken measures to improve private-sector competitiveness. Sisi, like former Egyptian President Hosni Mubarak, is wary of allowing private-sector players to gain political clout and has instead propped up cronies whom he can trust, such as army corporations and some of the firms previously connected to the Mubarak regime. In Tunisia, the state bureaucracy has hindered private-sector activity and there are reports of increased corruption by politically connected firms since the Nidaa Tounes government assumed power in 2015. 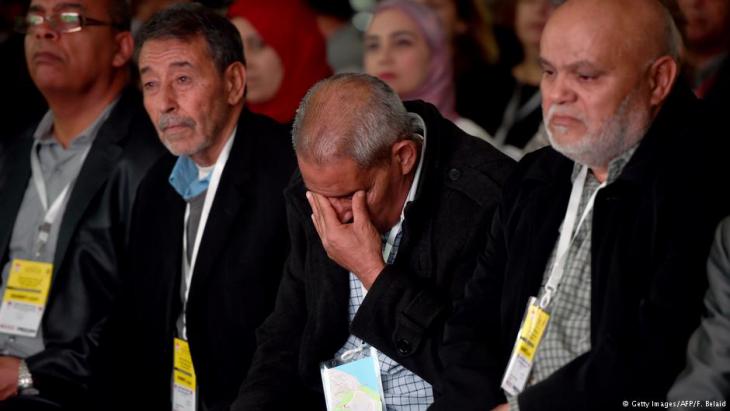 Fostering political inclusion: by facing up to the atrocities visited on private individuals by past regimes - as seen here - the Tunisian government would appear to be pursuing a healthy course aimed at consolidating its fledgling democracy and, by extension, its ability to weather economic uncertainty

Tunisia has allowed its currency to adjust over time and the dinar has lost a third of its value against the US dollar since 2014. Egypt, for its part, has disastrously mismanaged its exchange rate. With the exception of one minor adjustment in 2013, it has stuck to a fixed rate since 2011, even after its currency became massively overvalued and started to create imported-goods shortages. When Egypt complied with IMF conditions and floated its currency on November 1st, the exchange rate weakened from 8.5 to 15.5 pounds to the dollar; soon, imported goods will likely cost 40-60% more than they do now.

The Egyptian and Tunisian people are becoming increasingly dissatisfied with their respective countries′ economic performance. But over time, this frustration will probably help Tunisia′s economy, while hurting Egypt′s.

For starters, political inclusiveness in Tunisia fosters healthy dialogue about potential solutions. For example, the new Tunisian cabinet formed in August includes ex-union leaders, who can now shape broad economic policies, not just press for higher wages. This has already made public-policy debates more constructive, because policymakers are focusing on how labour and business can fairly share the burden of economic adjustment.

Egypt′s closed political system, by contrast, has left the government constantly in fear of the street. With no channels for constructive political debate, the government′s best option has been to postpone necessary economic adjustments until they become unavoidable. This is not only economically inefficient (reflected in the absence of net foreign portfolio investment in Egypt in recent years); it is also politically risky. Egyptian politicians can do little but cross their fingers and hope that the street does not rise up in response to the recent currency devaluation.

Political inclusiveness creates a more informed – and possibly more forgiving – public. In Tunisia, members of civil society and the media may freely scrutinise the government and call for change. While reforms have been slow in coming, the government cannot ignore growing public criticism forever. In fact, the 2017 draft budget law already includes urgent measures to fight corruption, trim the bureaucracy and reduce tax evasion. 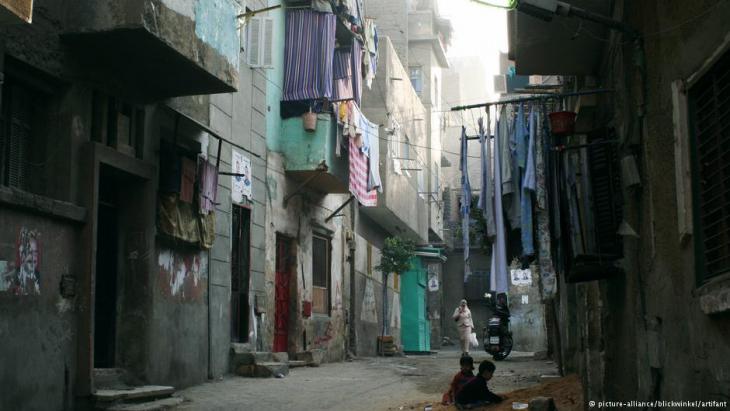 ″Fierce but weak″: after a brief flirtation with democracy, Egypt under Sisi has increasingly assumed the dimensions of a dictatorship. Couple Egypt's massive debt – fed by projects such as Suez 2 – with galloping inflation, an impoverished population, not to mention the wholesale repression of any opposition, media or otherwise … it is surely only a question of time

In Egypt, on the other hand, the currency devaluation has come as a shock to ordinary citizens. There was very little public understanding about the state of the economy, because the mainstream media, having become a regime mouthpiece, has been painting a rosy picture of Egypt′s return to glory. At the same time, freedom of expression and association are severely limited; criticising government policies is deemed tantamount to high treason.

Tunisia has made political progress by shoring up its democratic processes, creating institutional space for all stakeholders and allowing for free expression and assembly. This bodes well for the Tunisian economy′s long-term prospects.

Egypt, for its part, may benefit from short-term gains as a result of the IMF package. Its ′″fierce but weak″ rulers, however, cannot hope to make long-term progress by doubling down on despotism. If they do not take the long and winding road toward political inclusion, sooner or later they will face the wrath of those they have excluded.

In Doha, Arabs from Morocco, Tunisia, Egypt and Algeria are gathering to celebrate the first ever FIFA World Cup to be held on Arab soil. The criticism from Europe? Over the top, ... END_OF_DOCUMENT_TOKEN_TO_BE_REPLACED

November 2022 sees the Arab world firmly in the spotlight with the COP27 in Egypt and the FIFA World Cup in Qatar. Public trust in MENA governments is weak, thanks to their ... END_OF_DOCUMENT_TOKEN_TO_BE_REPLACED

Palme d’Or winner "Boy from Heaven" is a classic crossover film in which cultural elements are mixed together in haphazard and random fashion. Shady Lewis Botros bemoans the ... END_OF_DOCUMENT_TOKEN_TO_BE_REPLACED

COP27 in Sharm el-Sheikh is turning into a PR disaster for Egypt’s military regime. Instead of praise for the host, the news is full of solidarity for imprisoned activist Alaa ... END_OF_DOCUMENT_TOKEN_TO_BE_REPLACED

END_OF_DOCUMENT_TOKEN_TO_BE_REPLACED
Social media
and networks
Subscribe to our
newsletter