Power returns to Pakistan a day after massive outage 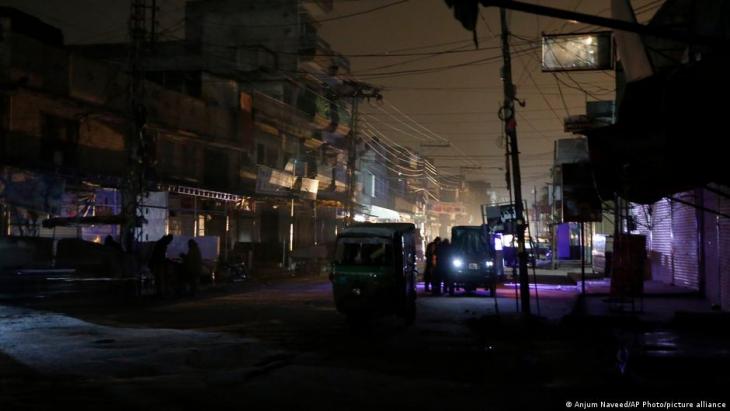 The national power grid was restored in Pakistan, the energy minister said on Tuesday, a day after a nationwide breakdown left most of the country's 220 million people without electricity and caused tens of millions of dollars in industry losses.

The outage started around 7:30 am on Monday, a failure linked to a cost-cutting measure as Pakistan grapples with an economic crisis.

Energy Minister Khurram Dastgir Khan said the grid was repaired around 5:15 am but load-shedding would continue over the next two days as coal and nuclear plants were brought back online. "Industry will be exempt from this load-shedding," he told reporters in Islamabad.

Electricity returned to urban centres overnight, including the mega cities of Karachi and Lahore.

Secretary general of the All Pakistan Textile Mills Association Shahid Sattar estimated losses of $70 million to the sector, Pakistan's largest exporter and crucial booster of foreign exchange reserves. Around 90 percent of factories shut down on Monday with gas supplies too "patchy" to stand in, he said.

"Each time there is a power cut the mill has to be restarted from scratch, which takes up a lot of time and resources," he said. "We can't pick up from where we stopped. All that thread that's in the middle of being dyed and treated, et cetera, cannot be used again. So we face massive losses that way."

Pakistan's power system is complex and precarious, and problems can quickly cascade. Khan earlier said a variation in frequency on the national grid caused the cut, as power generation units were turned on early Monday morning. The units are temporarily switched off on winter nights to save fuel, he had told reporters.

Localised power cuts and load-shedding are daily occurrences in Pakistan, and hospitals, factories and government institutions are often kept running by private generators. But the machines are beyond the means of most citizens and small businesses.

In Karachi, hundreds of water pumps were also offline during the power cut, heaping more problems on Pakistan's largest city of more than 15 million people. In the garrison city of Rawalpindi, homeware trader Muhammad Iftikhar Sheikh, 71, said he was unable to demonstrate electronic products to browsing patrons.

"The customers never buy without testing first," he said on Monday. "All of us are sitting idle."

Schools mostly continued either in the dark or using battery-powered lighting. One shop owner in the southern port city Karachi, where temperatures were higher, said he feared his entire dairy stock would spoil without refrigeration.

Printer Khurrum Khan, 39, said orders were piling up because of the blackout. Unreliable power is "a permanent curse which our governments have failed to overcome", he said.

Mobile phone services were also disrupted as a result of the outage, the Pakistan Telecommunication Authority tweeted.

A similar breakdown in January 2021 affected the entire country, after a fault occurred in southern Pakistan, tripping the national transmission system.    (AFP)

END_OF_DOCUMENT_TOKEN_TO_BE_REPLACED
Social media
and networks
Subscribe to our
newsletter