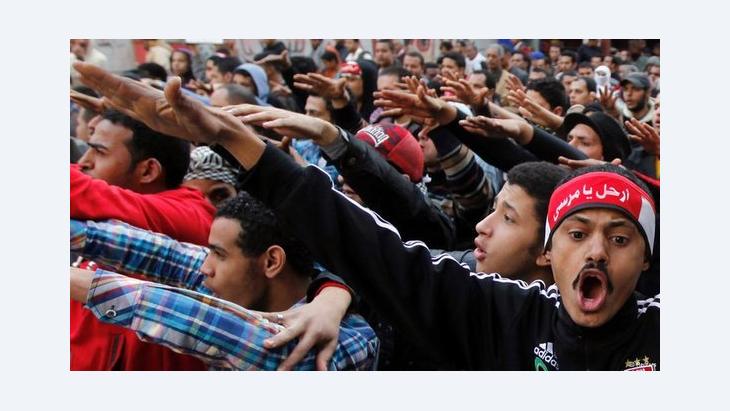 The growing gulf between Egypt's President Mohammed Morsi and the secular opposition threatens to tear the country apart with unforeseeable consequences for Egypt's economy and political future. A commentary by Volker Perthes

Two years after the Mubarak regime was toppled and nine months after the first democratic presidential elections in Egypt's history, an open battle is raging between President Morsi and his Muslim Brotherhood on one side and a loose opposition coalition of anti-Islamist forces on the other.

At the same time, the young people who led the uprising against Mubarak have taken to the streets again. back then, they managed to bring down the old regime, paving the way for free elections. Yet their economic and social conditions have not improved since then; and it was others who won the elections.

While President Morsi walls himself in and places more and more Muslim Brothers in prominent positions, the opposition led by politicians such as Mohamed ElBaradei or the former secretary-general of the Arab League, Amr Mussa, is concentrating on trying to oust the elected president and his government.

They are counting on the open or tacit support of the old governmental apparatus and the judiciary, and intend to boycott the upcoming parliamentary elections, not least – as several opposition politicians have admitted – because they cannot win anyway. Parts of the opposition are courting further economic decline, new unrest and intervention by the army.

The primary effect of this polarisation is that important political decisions are simply not being taken. A credit deal with the IMF for US$4.8 billion, for instance, which could help Egypt out of its dire economic situation at least temporarily, has been ready to sign since November. 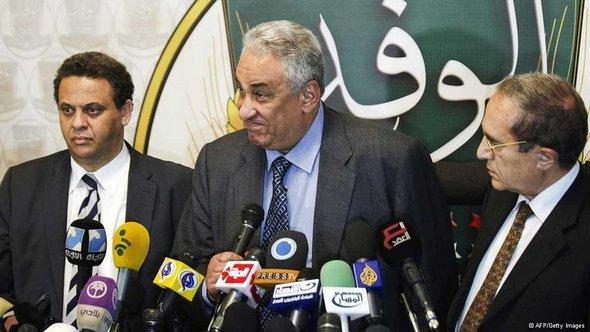 The front against President Morsi hardens: the secular opposition alliance known as the National Salvation Front, a party that belongs to the left-wing and liberal camp, has announced that it will not accept the president's invitation to take part in a national dialogue and that it intends to boycott the parliamentary elections in the spring

The government has delayed conclusion, however, out of fear for its already dented popularity. Steps that are widely regarded as necessary – such as cuts in energy subsidies, which constitute up to 20 per cent of Egypt's state budget (and primarily benefit the wealthy) – are being further drawn out. Foreign currency reserves are running low; the budget deficit is rising; cooperation agreements with the EU are being pushed back; investors are showing reserve.

Jobs certainly aren't being created. It's no wonder young people are demonstrating again, speaking of a "stolen revolution".

As an observer, it is hard to shake the impression that the political players in Egypt all prefer to argue over "high politics" such as the constitution or identity issues rather than taking forward complicated matters such as economic reform, new welfare laws or – just as importantly – a reform of the police force with the corresponding consequences for the economy and public security.

Europe in particular has a genuine interest in supporting Egypt along the way to political and economic transformation. European politicians should, therefore, keep in touch both ﻿with President Morsi and his government and  with the opposition, sending clear messages to both sides: Morsi and the Muslim Brotherhood must understand that they have to make an effort to achieve real consensus if they want to implement difficult reforms. For their part, our secular friends on the opposition benches need to know that the attempt to make the country ungovernable is certainly not contributing to democratisation.

Volker Perthes is an expert on the Middle East and director of the German Institute for International and Security Affairs in Berlin.

Home
Print
Newsletter
More on this topic
Political Power Struggle in Egypt: On the Brink of UngovernabilityEgypt Two Years after the Revolution: No Agenda, No GoalControversial NGO Law in Egypt: Attack on the Heart of Civil Society
Related Topics
Arab Spring, Arabellion, Democracy and civil society, Muslim Brotherhood, Power struggle in Egypt
All Topics

Research project "The Global Qur'an", brainchild of Professor of Islamic Studies Johanna Pink and sponsored by the European Research Council, analyses the history and ... END_OF_DOCUMENT_TOKEN_TO_BE_REPLACED

As the Western world emerges from a holiday season made less festive by COVID-19, millions of children in Afghanistan are starting 2022 facing the prospect of famine, illness, and ... END_OF_DOCUMENT_TOKEN_TO_BE_REPLACED

A wedding extravaganza of bright colours, flowers, feasting and dancing, yet the bride, Nefie Eminkova, who comes from Bulgaria's Pomak – Muslim – minority, can see none of it. ... END_OF_DOCUMENT_TOKEN_TO_BE_REPLACED

Every year in December, the team at Qantara.de takes a look back at the articles that proved most popular with our readers. This year is no different. Here is a run-down of the ... END_OF_DOCUMENT_TOKEN_TO_BE_REPLACED

Jesus – Issa in Arabic – doesn’t merely enjoy the highest place among the prophets in the Koran. He is also revered in Islam’s mystical tradition for his message of love and mercy ... END_OF_DOCUMENT_TOKEN_TO_BE_REPLACED

The military in Sudan has never waged war against a neighbour, but it has already staged 17 coups. Tens of thousands of people are risking their lives to oust the military by ... END_OF_DOCUMENT_TOKEN_TO_BE_REPLACED
Author:
Volker Perthes
Date:
Mail:
Send via mail

END_OF_DOCUMENT_TOKEN_TO_BE_REPLACED
Social media
and networks
Subscribe to our
newsletter