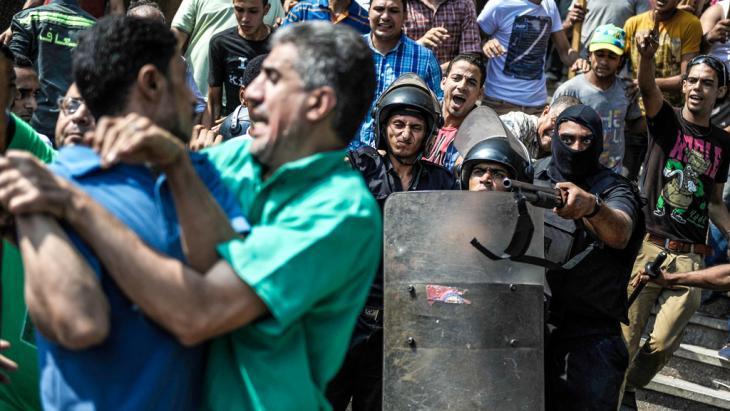 The Mubarak System in a New Guise

It is not a religious conflict that is currently being waged in Egypt; nor is it a struggle representing the supposed clash of civilizations. What is going on in Egypt is nothing more than a battle for political power. A commentary by Jan Kuhlmann

People's worst fears for Egypt have come true. The country's security forces have turned against the supporters of deposed President Mohammed Morsi with the utmost brutality. Even if the Muslim Brotherhood and Morsi supporters did provoke the military and the police, and even if armed, radical groups are to be found within their fold, it was the Egyptian army that allowed the situation to escalate.

In light of the bloodbath, statements by the Egyptian transitional Prime Minister Hazem El-Beblawi that the security forces "acted professionally" come across as cynical. The same could be said of the Egyptian media's attempt to justify the bloodbath as a "fight against terrorism". This marks a return to the old rhetoric from the era of the overthrown dictator Hosni Mubarak.

The choice of words, however, reveals all too clearly what awaits Egypt in the near future. This is not a move towards greater democracy, but rather a march in the direction of a new military dictatorship – the old Mubarak system in a somewhat altered guise. It is not a religious conflict that is being waged here, nor is it a struggle representing the supposed clash of civilization. What is going on in Egypt is nothing more than a battle for political power. 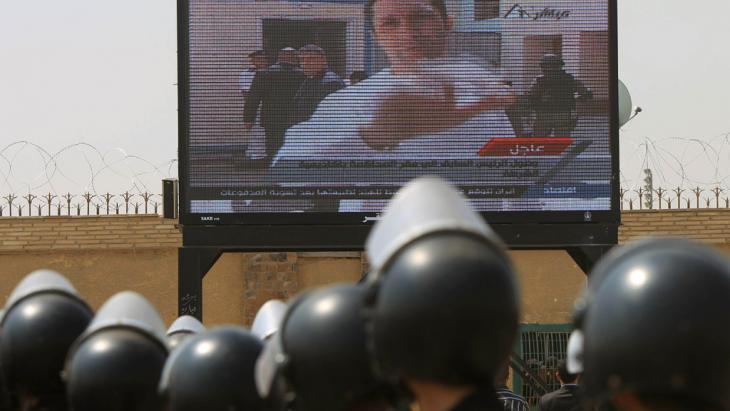 Egyptian police officers watch a television report about Alaa Mubarak, son of the former president Hosni Mubarak. According to Jan Kuhlmann, the battle currently raging in Egypt is a battle for political control

State within a state

The Egyptian military is comparable to a state within a state. The army is, to all intents and purposes, independent of politics. It decides the size of its budget and how to spend it. It owns a number of companies and controls a large economic empire. The generals are not concerned with promoting democracy but with safeguarding their power and privileges. Of like mind, the old political and economic elite in Egypt has reached out to the military; the aim is to deal a deathblow to the Muslim Brotherhood.

Even in the West, some have expressed the view that although the use of violence against Morsi's supporters cannot be endorsed, it was nevertheless necessary. After all, so the logic, the action was taken against Islamists, the supposed forces of evil.

When Prime Minister Erdogan of Turkey ordered the violent eviction of demonstrators from Taksim Square and Gezi Park in Istanbul, many observers were appalled – and justifiably so. Yet, those who condemned Erdogan at the time should feel obliged to raise their voices much louder now. We cannot demand freedom of expression and the right to demonstrate only for those who share our Western, liberal world view. These rights should also be upheld for those whose values may stand in conflict with our own. Otherwise, we are simply operating with double standards.

We should not forget that Morsi and the Muslim Brotherhood were the winners in the freest ever democratic elections held in Egypt. It is completely understandable that they now feel cheated out of their victory. 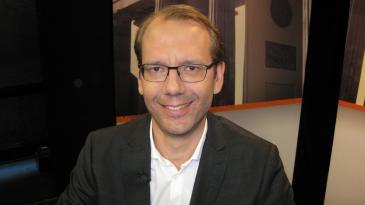 “We cannot demand freedom of expression and the right to demonstrate only for those who share our Western, liberal world view,” writes Jan Kuhlmann

For its part, the Muslim Brotherhood has contributed to the chaos. Its political leadership has failed in every respect. It was unable to reach out to its political adversaries on the left and from the secular camp. All the talk of martyrdom by the Islamists is now only exacerbating tensions. Nevertheless it is a mistake to demonise the Muslim Brotherhood as being a force for radical Islamism that seeks to set up an Islamist religious state. The reality is far more complex.

There are various groups within the organisation – moderates as well as radicals – vying with each other for power. Over the past 20 years, more moderate members of the Muslim Brotherhood have been conducting serious debates on democracy and how it would function in an Islamic country. The commitment by many of them to free elections and democracy is real. The military coup against Morsi and the brutal crackdown on his supporters is likely to strengthen the hand of those in the organisation wanting to pursue a more radical course.

This does not bode well for the future of Egypt. The past few weeks have shown just how polarised the country is. The Muslim Brotherhood and Islamists stand on one side; their opponents on the other. The sense of mutual distrust is immense. Both sides have been unable to approach each other in a spirit of dialogue. A culture of compromise is lacking. The military coup and the violence perpetrated by the security forces have considerably widened the gap. At the moment, it appears as if the last chance for political dialogue has been missed.

However, one thing is certain: whoever wants to establish stability and democracy in Egypt must integrate the Muslim Brotherhood into the political system. The organisation is too large and too strong to be simply pushed to one side. Ostracising the Muslim Brotherhood and throwing its leadership in prison will only provoke a new wave of violence in Egypt.

In the face of COVID-19, we need to admit the political mistakes of recent years and adjust our trajectory according to the compass of reality. People around the world – ... END_OF_DOCUMENT_TOKEN_TO_BE_REPLACED

As the global economy reels and everyday life grinds to a standstill, we take a look at the spread of coronavirus across the Middle East and the wider Muslim world – and the ... END_OF_DOCUMENT_TOKEN_TO_BE_REPLACED

Why are predominantly Muslim countries lagging behind when it comes to democracy and human rights? Dutch sociologist Ruud Koopmans uses a lot of figures to underpin his theory ... END_OF_DOCUMENT_TOKEN_TO_BE_REPLACED

Palestine is disappearing. From the international agenda, from the map, as a concept. The filmmaker Elia Suleiman from Nazareth reacts in the only possible way: using the language ... END_OF_DOCUMENT_TOKEN_TO_BE_REPLACED

Insults directed against Egyptian President Abdul Fattah al-Sisi have been particularly prominent among the hundreds of chants by Arab protestors in Algeria, Sudan, Iraq and ... END_OF_DOCUMENT_TOKEN_TO_BE_REPLACED

Political analyst Taqadum al-Khatib argues that Egypt can, in co-ordination with its European partners, develop a common vision to solve the complex conflict in Libya. For this to ... END_OF_DOCUMENT_TOKEN_TO_BE_REPLACED
Author:
Jan Kuhlmann
Date:
Mail:
Send via mail

END_OF_DOCUMENT_TOKEN_TO_BE_REPLACED
Social media
and networks
Subscribe to our
newsletter