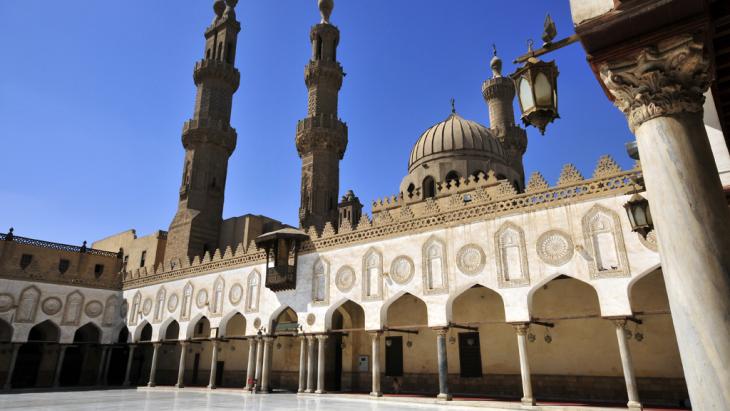 Preaching Ban for Islamists in Egypt

The interim government appointed by the Egyptian army is banishing Islamist preachers from mosques. But imams who are loyal to the regime are still allowed to combine religion and politics. By Markus Symank

The government of Islamist president Mohammed Mursi has been toppled, his supporters are now either in prison or on the run. Now, the new rulers in Cairo also want to limit the Muslim Brotherhood's access to religion: With a series of laws, the Ministry for Religious Affairs is striving to impose tighter state controls on the nation's mosques. In future, anyone disseminating political messages from the pulpit will have his licence withdrawn.

Furthermore, as of this month only imams who have graduated from Al Azhar University, which is viewed as a moderate institution, will be allowed to hold Friday sermons. This meant that the government has effectively sacked 53,000 preachers overnight.

Abdulghani Hendi, Chairman of the Egyptian trade union for Imams, welcomes the measure: "Over the last two years since the revolution we have seen people exploiting the sermon for political means. They are profiting from their presence in the mosques financially, spiritually and in other ways," he says. Like Hendi, many Egyptians deem the new laws to be necessary for the creation of a civilian state. Others however are warning against a surveillance policy comparable to that in place during the Mubarak era.

Amalgamation of politics and religion 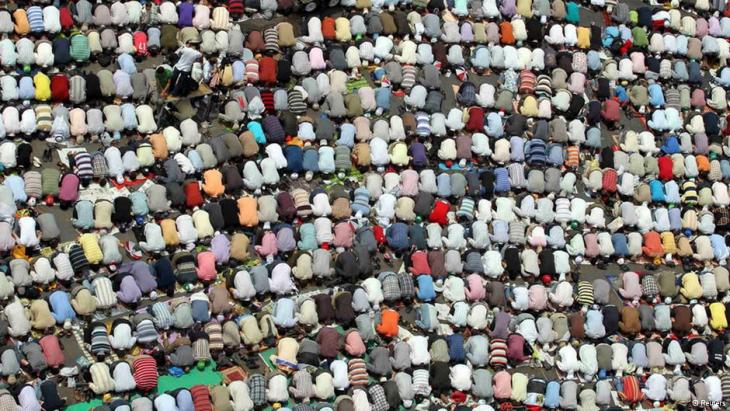 Muzzle for politically unacceptable imams: The Muslim Brotherhood is accused of misusing places of worship such as large assembly halls and mosques to further its own political interests and recruit new members

The Muslim Brotherhood has been accused of exploiting mosques to further its political interests – and not just since the onset of political upheaval in Egypt. Islamists have been recruiting new members in houses of worship for decades. But while red lines existed during the Mubarak era, these fell away after the revolution that began on 25 January 2011. In many places, Islamist preachers canvassed openly for the Muslim Brotherhood. After his election, President Mursi held several sermons in mosques himself.

But this open intermeshing of religion and politics was met with public resistance. Sheikh Refaat, imam at a mosque in central Cairo, therefore perceives the new government's approach as a reaction to the rejection of Islamist ideology by the people: "The people who pray are the ones who judge the imam. The Muslim Brotherhood and the entire Islamist movement have been outcast by these people. Why? Because the people know their religion very well, and they are devout by nature," he says. To ensure there are no doubts as to the ethos of his own mosque, Sheikh Refaat has hung a poster up in the entrance with the words: "No to political parties".

Demand for a constitutional article

But Islamist preachers are not going quietly everywhere. There are more than 110,000 registered mosques in Egypt. But the number of imams with a qualification from Al Azhar is just 58,000 – far too few to provide blanket coverage of all the nation's pulpits. In Upper Egypt in particular, the heartland of the Islamists, many mosques are owned by family clans. These also generally decide who is allowed to address the faithful on Fridays. The government aims to sidestep this dilemma with further legal restrictions. These stipulate, for example, that Friday prayers will only be permitted in mosques that are larger than 80 square metres. 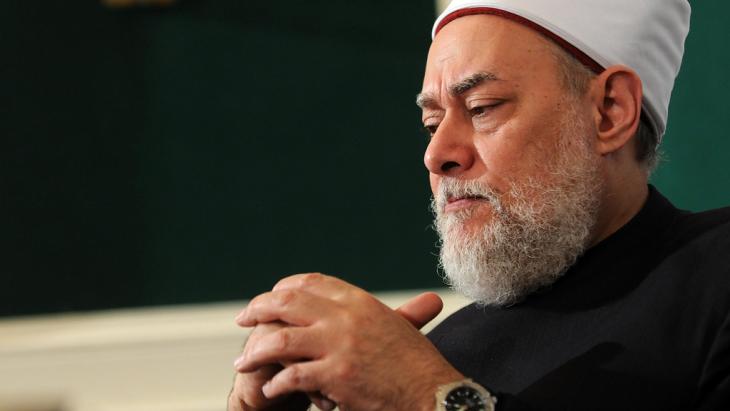 Slavish obedience to army leaders: Former Grand Mufti Ali Gomaa praised army chief al-Sisi for his "extraordinary courage". He also disputed the right of members of the Brotherhood to define themselves as Egyptians

Also from the point of view of Abdulghani Hendi, the prohibition policies fall short of the mark. Instead, the chairman of the imams' trade union is calling for the matter to be taken up by the constitutional assembly: "We want a constitutional article that regulates the preacher's profession thereby guaranteeing the nation protection. This is a very important, but also a very dangerous profession. Just like reporting, like journalism. It's even more dangerous, because the imam communicates directly with the people," he says.

Murder calls from the pulpit

Activists in the nation on the Nile are also sounding alarm bells at the interim government's course of action. They warn that instead of the Islamists, the new rulers could in future misuse the mosques as a vehicle for their own propaganda. Over the past few weeks, numerous imams have already given their blessing to the security personnel who take brutal action against supporters of Mursi. A sheikh who often preaches on Tahrir Square in Cairo recently issued a public call to murder members of Hamas, the Palestinian arm of the Muslim Brotherhod: "Listen up, Egyptians! If you should find a Hamas supporter in any Egyptian province who supports the Muslim Brotherhood, then you are permitted to kill him, because he has contravened the laws of our country," he (is alleged to have) said.

Representatives of Al Azhar University are also taking part in the smear campaign: In a sermon, former Grand Mufti Ali Gomaa praised army chief Abdel Fattah al-Sisi for his "extraordinary courage". He also disputed the right of members of the Muslim Brotherhood to define themselves as Egyptians. It would appear that the politics ban for imams is still only applicable to one half of society.

Why are predominantly Muslim countries lagging behind when it comes to democracy and human rights? Dutch sociologist Ruud Koopmans uses a lot of figures to underpin his theory ... END_OF_DOCUMENT_TOKEN_TO_BE_REPLACED

Egypt's former long-term president is dead. His ailing political and economic legacy is now in the hands of the country's present-day authoritarian rulers. An obituary from Cairo ... END_OF_DOCUMENT_TOKEN_TO_BE_REPLACED

The past enthusiasm of the Egyptians lives on in the Iraqis of today. But just as they were nine years ago in Cairo, current prospects in Baghdad are dim. A comparison by Birgit ... END_OF_DOCUMENT_TOKEN_TO_BE_REPLACED

Insults directed against Egyptian President Abdul Fattah al-Sisi have been particularly prominent among the hundreds of chants by Arab protestors in Algeria, Sudan, Iraq and ... END_OF_DOCUMENT_TOKEN_TO_BE_REPLACED

Political analyst Taqadum al-Khatib argues that Egypt can, in co-ordination with its European partners, develop a common vision to solve the complex conflict in Libya. For this to ... END_OF_DOCUMENT_TOKEN_TO_BE_REPLACED
Author:
Markus Symank
Date:
Mail:
Send via mail

END_OF_DOCUMENT_TOKEN_TO_BE_REPLACED
Social media
and networks
Subscribe to our
newsletter