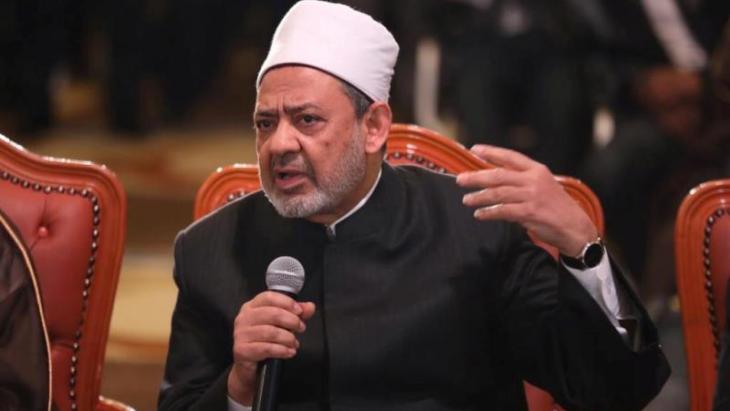 At the end of January this year, Egypt’s Al-Azhar University, one of the foremost seats of traditional Islamic learning in the world, hosted an international conference on the "Renovation of Islamic thought", a subject the country’s authoritarian president Abdul Fattah al-Sisi has been bandying about as an antidote to the spread of political Islam since 2015.

But the two-day conference, attended by delegates and scholars from 46 countries, ended in fiasco, heavy on vitriol and light on substance, with two prominent scholars locking horns with each other over the modes, methods and the very purpose of reform.

Al-Azhar’s Grand Imam Ahmed al-Tayeb, a loyal acolyte of the establishment since the Mubarak era, as well as a staunch opponent of political Islam, rebuked Cairo University President Mohamed al-Khosht’s proposition to develop a new breed of religious thought unmoored from Islamic heritage and traditional scholarship.

A veiled attack on President Sisi

To the rapturous applause of a packed audience composed of his disciples and senior scholars in the university, Tayeb railed against Khosht’s "recklessness" and called for "a renewal that benefits from the treasures of this religion and uses them as a guiding force for the future."

The rebuke Tayeb delivered to Khosht, who is believed to be very close to Sisi, was widely interpreted as a veiled attack directed at the president himself, who has consolidated his hold over the Egyptian state and society – its media, educational and cultural institutions – and is looking to control religious debate in the country.

The January conference and the widespread discussions in the media it continues to generate has brought to fore the growing distrust between the former partners that has been simmering for the past five years.

Al-Azhar, which staunchly allied itself to Sisi during his 2013 coup against Egypt’s first democratically elected president, is now eyeing the president’s "reformation of religious discourse" with suspicion, interpreting it as a pretext to bring the seminary-university under his absolute control.

Since Al-Azhar is a widely venerated moderate institution in Egypt and across the Muslim world, the regime and its institutions initially chose subtler means in their attempts to subordinate its clerics. But the conflict has been in the spotlight on numerous occasions, with Sisi accusing the university of spreading extremism and misinterpreting the fundamentals of Islam. He once went so far as to say that he was fed up with Tayeb. The government has even prohibited the publishing of official Al-Azhar statements.

Interview with the Islamic scholar Ebrahim Moosa – The reinvention of Islam

Interview with pioneering Islamic thinker Fehmi Jadaane –What is the essence of Islam, and does it need reforming?

Welcome to the world of Al Qasar, where Arabic music collides head-on with punk and psychedelic to create something powerful and beautiful. "Who Are We" is a raucous, subversive ... END_OF_DOCUMENT_TOKEN_TO_BE_REPLACED

Egyptian authorities have Mada Masr in their sights once again after critical reporting. But the editor of the country's last independent news source is adamant they will continue ... END_OF_DOCUMENT_TOKEN_TO_BE_REPLACED

Like Christianity, Europe's history is one of migration. Both have strong roots in the Orient and in cultures thousands of years old. Cultural historian Bernhard Braun invites us ... END_OF_DOCUMENT_TOKEN_TO_BE_REPLACED

When she ascended the throne, millions of Muslims still lived under British rule. Later, Elizabeth II appealed for tolerance in a multi-religious society. She was the first ... END_OF_DOCUMENT_TOKEN_TO_BE_REPLACED

END_OF_DOCUMENT_TOKEN_TO_BE_REPLACED
Social media
and networks
Subscribe to our
newsletter