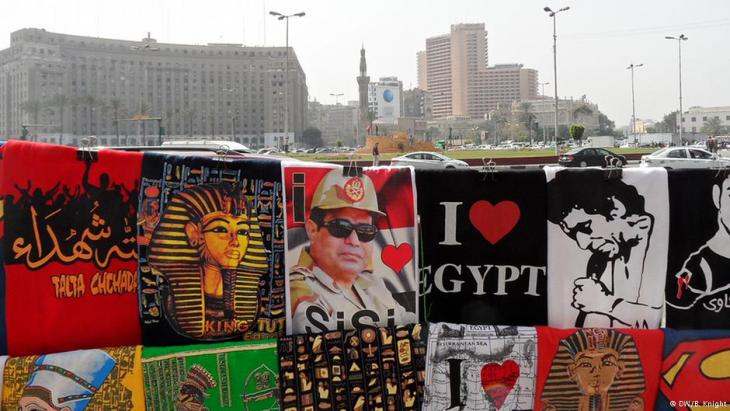 It is a foregone conclusion that Egypt's military ruler Abdul Fattah al-Sisi will win the first presidential election since the ousting of the Islamist President Mohammed Morsi in July 2013. Nevertheless, true democracy in the land on the Nile is still a long way off, writes Loay Mudhoon

Nearly one year after the military coup against Mohammed Morsi, the first democratically elected president in the world's most populous Arab country, Egyptians are going to the polls to elect a new president. However, anyone who thinks that the election will be a fair political contest run in accordance with democratic rules is sadly deceived.

The vote is strongly reminiscent of the referendums held under long-time former president Hosni Mubarak. Abdul Fattah al-Sisi, former field marshal and de facto ruler since July 2013, is already the winner. This week, 94 per cent of Egyptians living abroad and voting in the election voted for Sisi. One might be forgiven for thinking that this is a surprising and record-breaking approval rate. However, considering the developments in Egypt over the past 10 months, it is no surprise at all.

Demonisation of the opposition

The violent overthrow of Morsi not only deposed Egypt's leadership, it also resulted in the suspension of the constitution introduced by the Muslim Brotherhood.

After that, the military leadership around Sisi charged a commission of its own selection with the drafting of a new constitution. In a procedure that can hardly be considered representative and that did not involve the public, a tailor-made framework for a military-led "democracy" was drawn up. 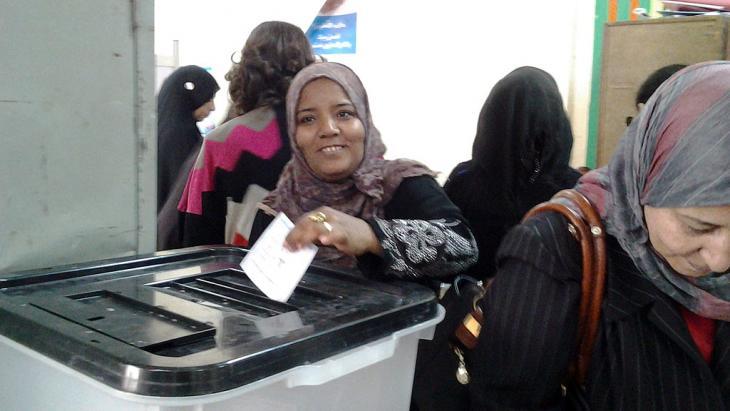 Doesn't do what it says on the tin: according to Loay Mudhoon, although the Egyptian presidential election seems democratic and fair at first glance, it certainly does not stand up to closer inspection and is, in fact, highly reminiscent of the kind of plebiscite that took place during the presidency of Hosni Mubarak

What happened next had nothing to do with the liberal, democratic hopes of the revolution of 25 January 2011. Not only was the Muslim Brotherhood systematically cast in the role of criminal and demonised as a dark threat to the nation in a hysterical media campaign carried by the regime-loyal media, the liberal and secular opposition – and above all the democracy activists and revolutionaries of the first hour – was also brutally persecuted.

Meanwhile, human rights organisations registered a disturbingly high number of human rights violations and a growing number of cases of systematic torture in the country's prisons; not to mention the ad hoc death sentences for alleged supporters of the brotherhood handed down by an arbitrary judiciary.

No selfless servant of the nation

Egyptian voters have no real choice in this election because the real opposition has either been banned or intimidated. Hamdeen Sabahi, who is without a whiff of a chance, is running an honourable yet hopeless street election campaign against the propaganda machinery of the state media. Unintentionally, he is a kind of fig leaf, keeping up the appearance of a democratic election.

Sisi is certainly not the selfless servant of the masses he likes to portray himself as. He was and is a military man. By now, nearly all state institutions have rallied around him. First and foremost the politicised judiciary, but also the infamous Interior Ministry, the state's gigantic bureaucracy apparatus and the aggressively propagandistic mass media. Paradoxically, the puritanical, Islamist and politically incompetent Salafist Nur Party has become a pillar of support for Egypt's new strongman, although it is unclear whether its support for him is purely opportunistic or the result of pressure from Saudi Arabia. 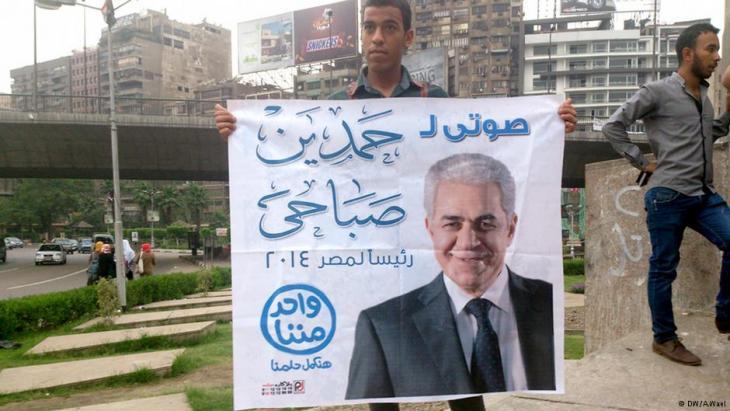 In addition to the complete restoration of the repressive state – which puts even Mubarak's police apparatus in the shade – it is particularly significant that Sisi has no political experience and no vision for Egypt's future. Nor does he have a programme for solving Egypt's massive economic problems. It is unlikely that he will introduce comprehensive structural reforms.

No retrospective legitimisation of the coup

The new political order in post-Morsi Egypt will be financed and supported by anti-democratic forces in the Arab region. Above all, Saudi Arabia and the conservative Gulf monarchies support the new regime because they fear a revolutionary dynamic that could inspire their own increasingly dissatisfied youth to demand more freedoms. Then there is the fear of losing legitimacy due to the rise of the Muslim Brotherhood, which was itself democratically and islamically legitimised. Without financial support from the Arabian Peninsula, Egypt would long since have gone bankrupt.

Because true democratic transformation in Egypt is now a long way off and because the prospects for an improvement of the situation are bleak, the EU should attach unequivocal conditions to its co-operation with the new regime and should under no circumstances retrospectively legitimise the coup of July 2013.

This is why the EU should not have sent any election observers to Egypt. After all, the only people who benefitted from this international mission were the country's new rulers: the military and the oligarchy.

Why are predominantly Muslim countries lagging behind when it comes to democracy and human rights? Dutch sociologist Ruud Koopmans uses a lot of figures to underpin his theory ... END_OF_DOCUMENT_TOKEN_TO_BE_REPLACED

Egypt's former long-term president is dead. His ailing political and economic legacy is now in the hands of the country's present-day authoritarian rulers. An obituary from Cairo ... END_OF_DOCUMENT_TOKEN_TO_BE_REPLACED

The past enthusiasm of the Egyptians lives on in the Iraqis of today. But just as they were nine years ago in Cairo, current prospects in Baghdad are dim. A comparison by Birgit ... END_OF_DOCUMENT_TOKEN_TO_BE_REPLACED

Insults directed against Egyptian President Abdul Fattah al-Sisi have been particularly prominent among the hundreds of chants by Arab protestors in Algeria, Sudan, Iraq and ... END_OF_DOCUMENT_TOKEN_TO_BE_REPLACED

Political analyst Taqadum al-Khatib argues that Egypt can, in co-ordination with its European partners, develop a common vision to solve the complex conflict in Libya. For this to ... END_OF_DOCUMENT_TOKEN_TO_BE_REPLACED
Author:
Loay Mudhoon
Date:
Mail:
Send via mail

END_OF_DOCUMENT_TOKEN_TO_BE_REPLACED
Social media
and networks
Subscribe to our
newsletter