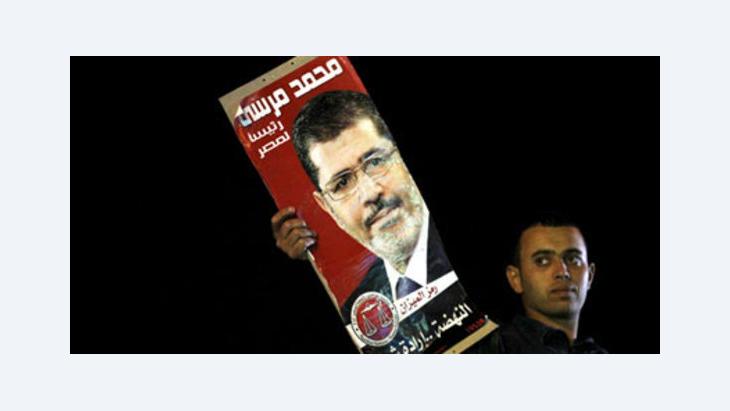 A Duel That Nobody Wanted

The Egyptian presidential poll enters its second phase: On 16 and 17 June Egyptians must decide between the rather colourless and uncharismatic Islamist Mohamed Mursi and Ahmed Shafik, an overt representative of the old regime. An analysis by Thomas Demmelhuber

Following a vigorously-fought election campaign, Egyptians went to the polls to choose their first president since the military assumed power in February last year. As none of the candidates attained the absolute majority required, the two best-placed candidates are now entering a run-off.

This news alone is indicative of a fundamentally changing political reality in this nation on the Nile, and comes in stark contrast to the creaking mechanisms of the authoritarian Mubarak regime. Relations between state and society have undergone long-term change. Protest is articulated through formal and informal channels and represents the emergence of a more refined, lively culture of debate in Egyptian public life.

Nonetheless, since the resignation of Hosni Mubarak Egypt has experienced almost one-and-a-half years of protest, the renegotiation of political power and a period of fervent hope that the revolution would bring rapid socio-economic dividends. The latter should have been enough to guarantee a high voter turnout. But the opposite was the case: Far less than half of those registered to vote actually cast their ballots. 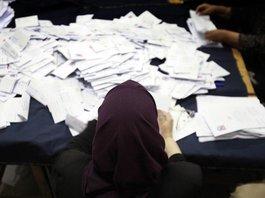 Back to the polling booth: As none of the 12 candidates secured an absolute majority, a run-off vote has now been scheduled for 16 and 17 June

​​If you consider that not all of those eligible by law to vote are registered, then this figure is even lower. Many of the protest groups involved in the revolution from the outset, but also key unifying figures such as Mohammed ElBaradei, boycotted the vote in protest at political conditions they perceived as not free and fair, and which they claimed only represented the power interests of the Supreme Council of the Armed Forces.

Many of these people feel they have been cheated of the "fruits of the revolution", and in view of the high expectations that the revolution would usher in swift change after the resignation of Mubarak, now feel disenchanted. The economy is in the doldrums, tourist industry revenues are only showing a sluggish recovery and the security situation continues to be poor.

Electioneering ahead of the poll only took rudimentary account of these urgent grievances. None of the candidates presented a coherent concept outlining how he would lead the nation out of its crisis. None could formulate in a credible manner how he as president would reunite a country split along multiple conflict lines.

After the disqualification of numerous applicants by the electoral commission – among them the Salafi representative and the former head of the intelligence services Omar Suleyman – 12 candidates eventually stood for election in the first phase of the presidential poll.

A number of less reliable opinion polls ahead of the vote cast former member of the Muslim Brotherhood and moderate Islamist Abdel-Moneim Abul-Fotouh and the former secretary general of the Arab League Amr Moussa as favourites. 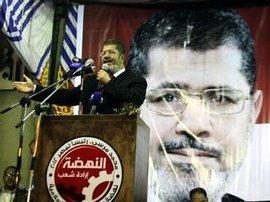 No spark, no charisma but successful nonetheless: No one thought Mohamed Mursi would impact the race initially. Many viewed him as a compromise solution as the party's first choice Khairat al-Shater was banned from taking part by the electoral commission

​​Initially, it was thought that Muslim Brotherhood candidate Mohamed Mursi stood little chance of success. Many viewed him as too colourless and uncharismatic – a compromise solution in view of the fact that the party's first choice Khairat al-Shater was banned from taking part by the electoral commission because of a past prison sentence.

Although Mursi, and also Ahmed Shafik and the leftwing nationalist Hamdeen Sabahi, gained considerable ground directly before the poll, no one expected it to go to a run-off between the Islamist Mursi and the ex-general Ahmed Shafik.

Mursi heads into the run-off as winner of the first round, having captured just over a quarter of votes cast and with a slight lead over Shafik. Apart from the two surprise victors, the third-placed candidate also put in an expectedly strong performance. In contrast, the moderate Islamist Abul-Fotouh garnered far fewer votes than had been expected.

A former leader of the Muslim Brotherhood, Abul-Fotouh is middle-class, conservative and devout. He was able to generate support across the entire political spectrum – regardless of confessional affiliations – but could only manage fourth place.

Sabahi's respectable third placing was equally surprising for different reasons. No one initially expected him to make any impact, but with his post-Nasser rhetorical style, he was able to present himself as a political alternative to segments of society spanning all generations, even finding grassroots support among the revolutionary youth. Sabahi was a clear alternative for voters wanting neither a religious candidate nor an obvious representative of the old regime.

The Mursi vs. Shafik run-off is now the most polarising duel possible in view of this selection of candidates: On the one side the colourless and uncharismatic Mursi, whose statements made secular and liberal Egyptians shudder; and on the other an obvious representative of the old regime, the last Prime Minister appointed by Mubarak who, during the election campaign, made no secret of his view that the protagonists of the protest movement are to blame for the deterioration in public order. 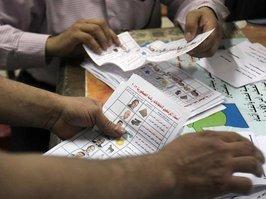 Claims of irregularities and manipulation: Three candidates have already filed complaints following the vote count after the first round of Egypt's presidential elections

​​In his campaign trail speeches Shafik immediately pledged that from the first day of his presidency, he would restore peace and order to the streets of Egypt. This will have scored him points with the many Egyptians who yearn for greater stability and security, not least because this is the basis for normal economic activity and public life.

There were already heated debates raging on Facebook and Twitter on how the elections were being conducted and during the vote-counting phase. It remains to be seen whether this general malaise will lead to a boycott and an even lower voter turnout for the run-off, which would in turn seriously undermine the democratic legitimacy of the newly-elected president.

A low voter turnout would not be a problem for Islamist Mursi, who can rely on the high mobilisation potential of his grassroots support among the Brotherhood, which looks likely to take him over the necessary 50 per cent threshold. But whatever happens, the June run-off will be key to Egypt's future direction and display deep social divisions.

Viewed from a formal legal perspective, the results of the run-off could yet be cast into further doubt: Before candidates registered for the poll, parliament passed a law banning former members of the Mubarak regime from entering the race. Shafik lodged a protest and appealed the decision, leaving the nation's constitutional court to decide on the matter after the run-off. If the court does rule that the new law is in line with the constitution, this would render the entire presidential election process worthless.

What does the military want? 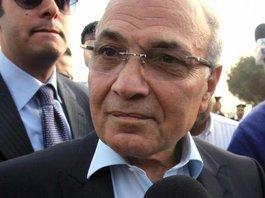 Relic of the despised Mubarak regime: "It remains doubtful that an election victory by Shafik would be recognised by broad sections of society and above all by core groups of revolutionary youth," writes Thomas Demmelhuber

​​The military's pledge to immediately surrender all executive authority continues to be credible despite past evidence to the contrary. Nevertheless, how the armed forces conduct themselves depends on whether despite giving up formal governmental responsibility, they are able to retain the privileges attached to the role of the Egyptian military.

Politically, the military will lay claim to an institutional revolutionary dividend, because it guaranteed security and unity during periods of upheaval and protected, so to speak, the nation it created 60 years ago. This strategy would be much easier to carry out with Shafik as president than with Mursi.

But it remains doubtful that an election victory by Shafik would be recognised by broad sections of society and above all by core groups of revolutionary youth. And in any case, in view of the current high mobilisation potential of the Islamists, such an outcome is unlikely.

Meanwhile a large number of protest groups have already announced mass protests and a second revolutionary wave if Shafik does win the run-off. No sign of an imminent end to the tense situation in this nation on the Nile.

Professor Dr. Thomas Demmelhuber is junior professor of political science at the University of Hildesheim

The Arab world suffers from a system in which people are intolerant of "the other". This racist environment contributes to the growth of hostility and antagonism towards anyone ... END_OF_DOCUMENT_TOKEN_TO_BE_REPLACED

In the age of corona, Ankara's regional power strategy is twofold: on the one hand, Turkey is engaged in a charm offensive to revamp its political image, which has suffered lately ... END_OF_DOCUMENT_TOKEN_TO_BE_REPLACED

Why do so many people in Arab countries trust the armed forces, even though most armies in the region are highly corrupt? Abdalhadi Alijla has the answers END_OF_DOCUMENT_TOKEN_TO_BE_REPLACED

Given the numerous civil society initiatives that have emerged during coronavirus, Egyptian writer and journalist Khaled al-Khamissi finds his faith in his fellow Egyptians ... END_OF_DOCUMENT_TOKEN_TO_BE_REPLACED

In 2017, Sarah Hegazy was arrested in Cairo for displaying a rainbow flag, the symbol for homosexuality and queerness, at a concert. The activist recently took her own life in ... END_OF_DOCUMENT_TOKEN_TO_BE_REPLACED
Author:
Thomas Demmelhuber
Date:
Mail:
Send via mail

END_OF_DOCUMENT_TOKEN_TO_BE_REPLACED
Social media
and networks
Subscribe to our
newsletter