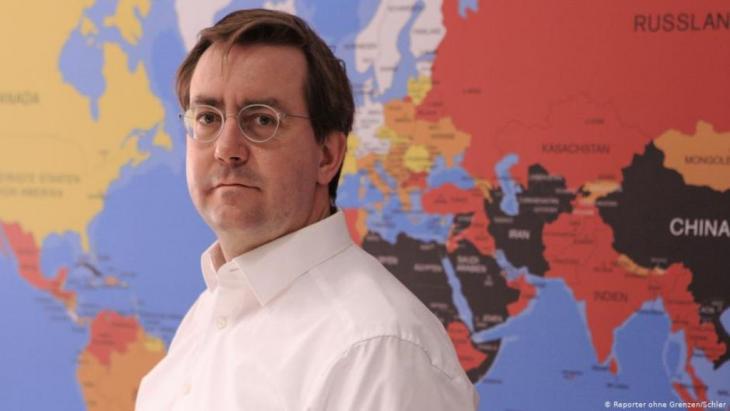 By massively regulating social media platforms, President Erdogan is trying to silence the remaining critical voices in Turkey, says Christian Mihr of the organisation Reporters Without Borders in his commentary

Turkey is taking steps to close the window on press freedom once and for all. News of more restrictions comes as no surprise: Dozens of journalists have been unlawfully detained and given long prison sentences in unfair trials across Turkey, especially since the failed coup attempt in July 2016. Media pluralism has been all but destroyed. Until recently, social media platforms represented the last safe haven for critical Turkish journalists.

Turkish President Recep Tayyip Erdogan is politically weakened, and has been roundly criticised on social media sites for his mishandling of the coronavirus pandemic – Turkey boasts more than 37 million Facebook users, as well as 16 million on Twitter. Now Erdogan is trying to silence his critics by forcing national controls on international social media platforms.

Now Turkey's parliament has approved changes to its 2007 legislation on cybercrime – a heavily used tool for silencing online media outlets. Prosecutorial authorities often use it to bring criminal charges against individuals on the grounds that they have insulted the nation or pose a threat to national security. 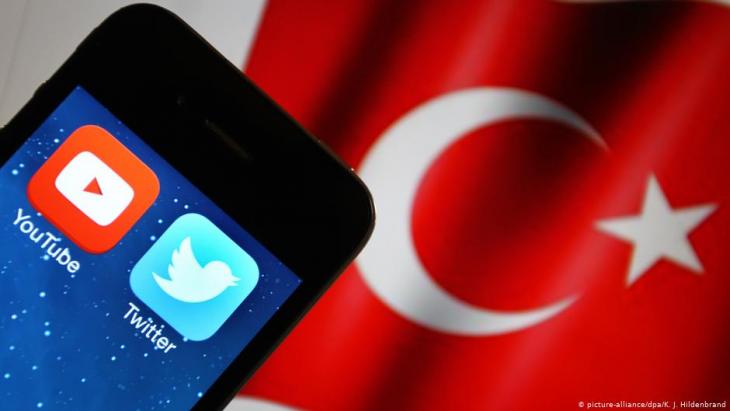 Erdogan's expansion of Turkey's cybercrime legislation is another nail in the coffin of independent journalism, warns Christian Mihr, managing director of Reporters Without Borders Germany. Following increased restrictions on press freedoms in recent years, platforms such as Twitter or Facebook had long been a last refuge for critical media professionals. By tightening his grip on social media, Erdogan is hoping to curb the Turkish people's growing opposition towards his policies

The Turkish authorities also want sites to create a mechanism for removing content within 48 hours of receiving an invasion of privacy complaint or court order. If insulting content is not immediately removed, sites will be blocked within four hours. Internet providers that fail to communicate government complaints to the responsible party will face heavy fines.

Reporters Without Borders rejects the expansion of Turkey's Internet legislation. It's clear that the aim of the law is to control social media platforms in order to smother growing political unrest. That will also restrict access to independent information, something that is vitally important in a society as highly polarised as Turkey is today.

The expansion of the law comes at a time when online censorship has been stepped up. Back in 2018, Turkish courts blocked access to at least 2,950 news articles and other journalistic content — including research and reports on political corruption, cronyism, as well as human rights and labour abuses. In addition, countless other sources of information have simply been blocked by authorities without court approval.

Turkey's expansion of its Internet law confirms what we have been saying all along: authoritarian regimes are pointing to the precedent set by, among others, Germany's 2017 Network Enforcement Act (NetzDG), a measure to fight hate speech, as justification for passing new laws that tighten their control of social media.

Christian Mihr is the director of Reporters Without Borders Germany, an international NGO engaged in securing press freedom and fighting censorship. Among other things, Mihr concentrates extensively on the situation facing journalists in Turkey.

Home
Print
Newsletter
More on this topic
Coronavirus and press freedom in Turkey: Erdogan's crusade against "all media and political viruses"Violence against journalists increasing: Press freedom under fire in TurkeyTop press rights defender in Turkey court for 'terror propaganda'
Related Topics
Democracy and civil society, Freedom of the press, Justice and Development party (Turkey), Media in Turkey, Recep Tayyip Erdogan, Turkey and the EU
All Topics

Relations between Turkey and Russia are ambivalent. Moscow is nonetheless trying to prop up the leadership in Ankara. Elections are to be held in Turkey in June – and the last ... END_OF_DOCUMENT_TOKEN_TO_BE_REPLACED

All eyes in Turkey are on a court hearing scheduled for January 30 into a child abuse case that allegedly occurred with the knowledge of one of Istanbul's most powerful Islamic ... END_OF_DOCUMENT_TOKEN_TO_BE_REPLACED

Any reconciliation between Turkey and Syria’s Assad regime would have disastrous consequences for many Syrians, explains Syria expert Kristin Helberg END_OF_DOCUMENT_TOKEN_TO_BE_REPLACED

The poetry of Pir Sultan once prompted uprisings in the Ottoman Empire. To this day, Alevis identify with him. Rainer Hermann visited Mehmet Celebi, a direct descendant of the ... END_OF_DOCUMENT_TOKEN_TO_BE_REPLACED

There are signs of an imminent normalisation of relations between Turkey and Syria. This would allow Erdogan to score political points domestically before the upcoming elections ... END_OF_DOCUMENT_TOKEN_TO_BE_REPLACED

Turkey will mark the centenary of the proclamation of the Turkish republic in October. But 2023 will be an important year in another respect too: Turks will go to the polls in ... END_OF_DOCUMENT_TOKEN_TO_BE_REPLACED
Author:
Christian Mihr
Date:
Mail:
Send via mail

END_OF_DOCUMENT_TOKEN_TO_BE_REPLACED
Social media
and networks
Subscribe to our
newsletter