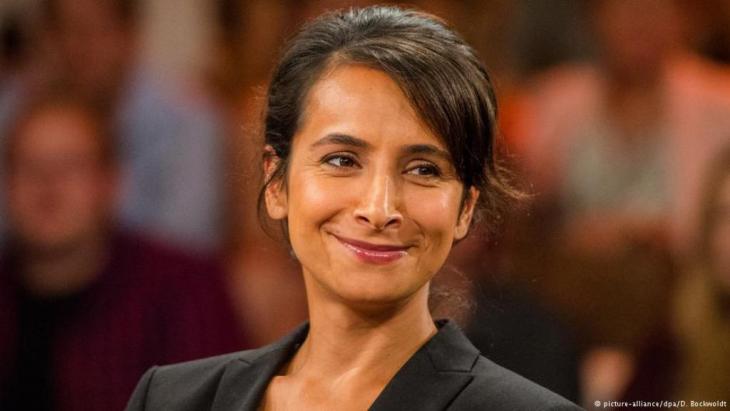 Turkish journalists have been detained for their independent reporting, ahead of the international book fair in Istanbul. It takes courage to be a journalist in Turkey, writes Cigdem Akyol

"There is no significance to being a journalist in Sweden or Finland," said Can Dundar, the former editor-in-chief of Cumhuriyet, the Turkish newspaper in President Recep Erdogan's crosshairs. "But it's significant in Turkey. Anyone can pursue journalism in normal times. Now is the time for true journalists to show what they can do."

Dundar's statement is one all reporters can get behind. Whereas there were hopeful stories to report prior to the 2013 Gezi Park protests, now our reporting is mostly about crises.

Since the 2013 protests, we have been reporting on the gigantic corruption scandal revolving around the struggle between Erdogan and his former crony and now enemy, Fethullah Gulen. We have been enduring an ongoing wave of terrorism by alleged jihadists from the so-called Islamic State, as well as the Kurdish worker's party, the PKK. We have witnessed the end of the peace process between Ankara and the Kurds alongside the jailing of democratically elected Kurdish representatives. We have experienced a coup attempt and the unending purge sparked by its failure. In no other Western country are there as many journalists in jail as there are in Turkey. Turkish reporters are arrested and detained and media outlets closed, on an almost daily basis. 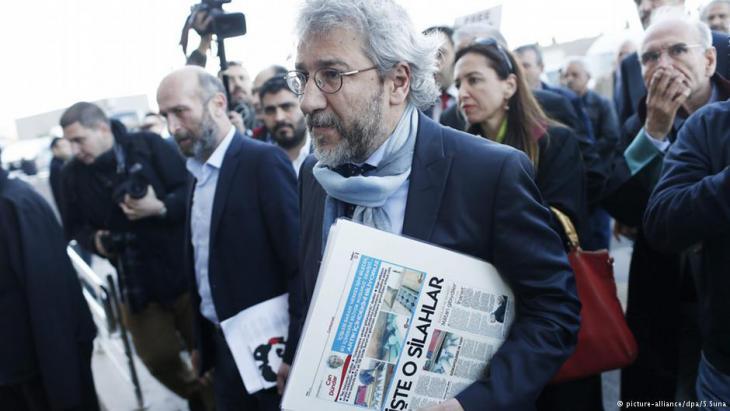 No free press in Turkey: ever since the attempted coup on 15 July, the Turkish authorities have imposed a massive crackdown on those opposed to the government, including critical media representatives. Erdogan's core supporters, are oblivious to the negative headlines because Erdogan controls most of the media

The government sees everything

Journalists working in Turkey are constantly monitored by the government. It is also keenly aware what foreign correspondents are saying. Everything is read, watched and listened in on. When Erdogan became prime minister in 2003, Reporters without Borders ranked Turkey as 116 out of 180 countries on its list of press freedom.

Now Turkey has slipped down to place 151. In 2015 alone, 774 journalists were fired for their unfavourable reporting, according to the Turkish social-democratic opposition party, the CHP. The state has become even more repressive since the July 15 coup attempt, arresting more than 140 critical journalists. Reporters Without Borders has called Erdogan an "enemy of press freedom."

The government is increasingly selective about who is and is not allowed to report. Foreign correspondents are also under more pressure, facing difficulty entering the country, harried or denied press credentials from the responsible government authority. No work permit is issued without journalists obtaining a little yellow plastic accreditation card. The difficulty in obtaining this card, issued by the Turkish Directorate General of Press and Information, has meant that many foreign reporters have been forced to leave.

President Erdogan is not bothered by external criticism. "It doesn't matter to me if they call me a dictator or anything else. It goes in one ear and out the other," he said recently. This has been seen as further evidence of his growing authoritarianism. He has succeeded in turning Turkey into a state of fear. Even children can find themselves behind bars for posting critical comments on Facebook. 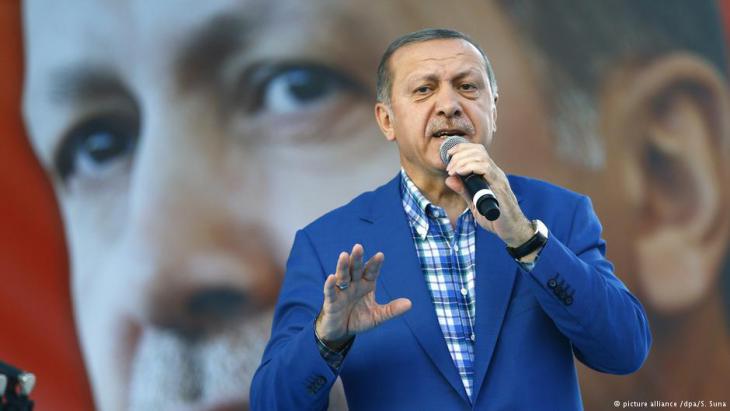 No free press in Turkey: ever since the attempted coup on 15 July, the Turkish authorities have imposed a massive crackdown on those opposed to the government, including critical media representatives. Erdogan's core supporters, are oblivious to the negative headlines because Erdogan controls most of the media

Turkey is becoming a country where books that are critical of the government are banned from bookshops. And while the government announces useless measures against terrorism, people are living in fear of attacks by the IS . Turkey was put as number 135 out of 162 on a list of most peaceful countries by the Global Peace Index in 2015.

Erdogan's core supporters, mainly religious conservatives, do not see any of the negative headlines because Erdogan controls most of the media and they like his rhetoric, in which he labels people as enemies. They want to be a part of Erdogan's hyper-centralised system that fills public institutions with his sympathisers. They laud him whenever he denounces the foreign press as "agents" and "spies."

There is no hope here

"You have been producing untruthful news for days," said Erdogan, berating the press to thousands of his supporters in Istanbul in 2013. "You have shown the world a different Turkey, but you are left

alone with your lies. This nation is not the nation you have presented to the world." His followers cheered him as they always do at such events, chanting: "Let them crush us."

Since then, many journalists have been crushed: fired, arrested and threatened. These are times where it really means something to work as a journalist in Turkey. It is just not so easy at the moment to find any optimistic stories to write.

Cigdem Akyol, 38, is a German journalist with Turkish-Kurdish roots. Her parents came as guest workers to Germany in 1973. She lives in Istanbul.

Having taken control of the traditional media, Turkish President Erdogan is now extending his reach to the social networks. A new law has been passed to rein in major digital ... END_OF_DOCUMENT_TOKEN_TO_BE_REPLACED

Although a unity government was formed in Libya in March 2021, tensions and possible crises between the political actors are already emerging. What problems does the country face ... END_OF_DOCUMENT_TOKEN_TO_BE_REPLACED

In Islamic mysticism, Ramadan is more than just a period of prescribed abstinence, signifying an opportunity for inner contemplation. Marian Brehmer explores the spiritual ... END_OF_DOCUMENT_TOKEN_TO_BE_REPLACED

The USA and NATO plan to withdraw from Afghanistan by September. The operation is risky, the outcome uncertain. Many Afghans fear civil war. The quake on the Hindu Kush will also ... END_OF_DOCUMENT_TOKEN_TO_BE_REPLACED

The neo-Ottomanism propagated by Erdogan has long been more than rhetoric and symbolic politics. This can be seen from recent developments in parts of northern Syria, where Turkey ... END_OF_DOCUMENT_TOKEN_TO_BE_REPLACED

Televised Turkish dramas are all the rage in the Middle East. A young Ottoman TV Empire has been expanding its soft power by harnessing regional dialects, Arabic names and viewers ... END_OF_DOCUMENT_TOKEN_TO_BE_REPLACED
Author:
Cigdem Akyol
Date:
Mail:
Send via mail

END_OF_DOCUMENT_TOKEN_TO_BE_REPLACED
Social media
and networks
Subscribe to our
newsletter