In recent months, Afghanistan has been rocked by a wave of targeted killings aiming at civil rights activists and journalists. Marian Brehmer talked to Mujeeb Khalvatgar, director of NGO NAI – Supporting Open Media in Afghanistan, about the dire situation currently facing Afghan journalists

Over the past 75 days, six journalists have been killed in Afghanistan. Who are the perpetrators of this new wave of violence?

Mujeeb Khalvatgar: Attacks on soft targets across the country have surged during the ongoing peace negotiations with the Taliban. This strategy is not new; but for nineteen years the Afghan government has done nothing towards seriously reviewing and pursuing such cases of violence. This time, the government is blaming the Taliban as the perpetrators, thus politicising the cases, while publishing only vague information about the incidents. It is therefore impossible to find out what actually happened. We believe the arrests and investigations being conducted are not genuine, and that the actual perpetrators have not been identified, let alone arrested.

How do you explain this increase in violence targeting journalists?

Khalvatgar: Armed groups such as Islamic State and the Taliban have no regard for human rights – and that includes the freedom of press. Our journalists have been becoming more efficient at unveiling the background stories behind Taliban crimes and identifying the perpetrators of human rights abuses. The extremists are worried about their image in the Afghan media, so they are doing everything they can to frighten the journalists into stopping their work.

In the past, there have been larger bomb attacks against media professionals, such as the one in April 2018 when ten journalists were killed in a suicide blast in Kabul. What can be done to protect them against such incidents?

Khalvatgar: There are clear measures that could prevent such incidents. Journalists themselves need to wear helmets and bullet-proof vests for better protection. Intelligence agencies must share any information they have about threats against journalists with the media outlets. Moreover, the Afghan government should provide special security training for journalists, conducted by the Afghan military and security personnel. This also needs to include post-trauma training. To date there has been no indication that the government is considering any such measures. 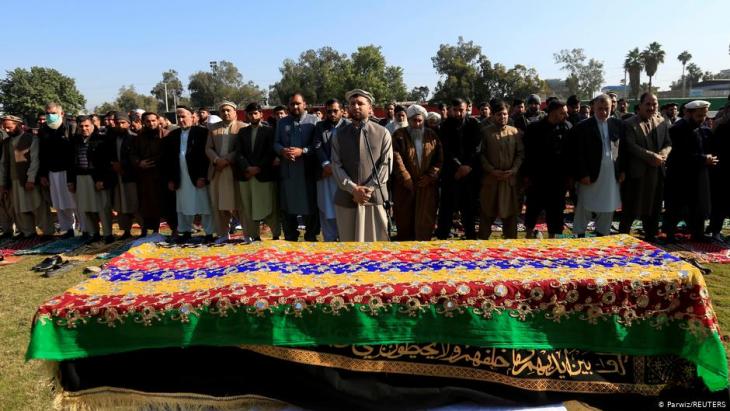 Funeral of murdered TV journalist Malala Maiwand: the TV presenter and talk show host was attacked in her car by gunmen on her way to her office in the eastern Afghan city of Jalalabad, 10 December 2020. Since the end of 2020, the climate of fear for media professionals in Afghanistan has intensified yet again

How do you explain the inability of this current government to ensure safe working conditions for Afghan journalists?

Khalvatgar: First and foremost, there is no real will to further the cause of freedom of expression. If you ask me, our present government is a failed government. Afghan media is very critically of the current administration. In return, it seems the government is happy to watch Afghan journalism go down the drain.

Internationally, the Afghan government is quick to claim freedom of expression as one of its greatest achievements. But in fact the opposite is true. The government does nothing to create a safe environment for journalists to work in. What is more, the authorities don’t provide us with the information we need to work professionally. That’s why there has been an overall decrease in home-grown investigative reporting in Afghanistan.

What do you mean by "not enough information"?

Khalvatgar: The government is playing a game with the media sector, using all kinds of measures to exert pressure and curtail freedom of expression. When journalists don’t have a safe environment to work in, they are forced to self-censor. Another form of censorship is withholding information from journalists. Although the Access to Information Bill has been ratified by the President, our access to information has been getting worse. Moreover, bribery and corruption involving government agencies or intelligence officers intent on influencing journalists has also been reported. Some of them have very close links to certain media outlets.

Despite all the odds, what actually motivates Afghan journalists to do their work?

Khalvatgar: Although the lack of safety does impact working moral, many of us are still motivated to work hard and critically. Despite the absence of outside support for the media, there are many journalists who remain dedicated, keeping their faith in their work and in the future of the country alive, even in the face of death threats. Afghan society as a whole is also generally respectful of the role of journalism. Following the 2018 attack, for instance, awareness campaigns about the state of Afghan journalism meant we received plenty of messages of support from the public. Feeling this backing in our work is important. 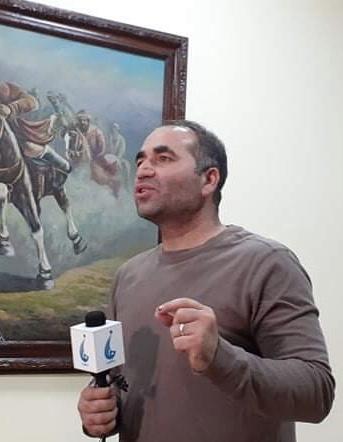 Mujeeb Khalvatgar, director of the non-governmental organisation "NAI - Supporting Open Media in Afghanistan": "The future of journalism depends on various factors: if the international community — especially the United States — can put pressure on the Taliban to stop attacking soft targets, particularly journalists, and urge the Afghan government to investigate such acts of violence, this will create a safer environment for journalists to work in"

Conducting attacks on independent journalists on the one hand, insurgent groups like the Taliban have also been running their own media outlets to spread propaganda on the other.

Khalvatgar: Under the Taliban there was only one radio station, the “Voice of Sharia”. The Taliban resumed broadcasting in 2007. Now they are running radio programmes in the southern provinces of Kandahar and Zabol, and even in Ghazni they have established a city-wide radio station for their propaganda. They are also using social media.

This all points to shortcomings in Afghan media law: there is no standardised ownership process. Basically anyone can open their own media outlet. Warlords are taking advantage of this opportunity, running TV stations to whitewash their blood-stained image and gain supporters.

Is there anything about the state of Afghan journalism that gives you hope?

Khalvatgar: One positive development is the increased presence of women in the media. In recent years a high number of women have graduated from journalism schools, receiving professional media training. While we journalists are facing insecurity, society has become more open culturally to women pursuing a career – at least in urban areas.

In some cases these are women that are sent to work because the male members of the family have all been killed. In other cases they are highly motivated young professionals who want to make a difference. Unfortunately such stories rarely make it into Western media. There tends to be a focus on the killing.

Given the current climate of fear, how do you see the future of Afghan journalism?

Khalvatgar: The future depends on different factors: if the international community – especially the United States – can put pressure on the Taliban to stop attacking soft targets, particularly journalists, and urge the Afghan government to investigate such acts of violence, this will create a safer environment for journalists to work in.

Otherwise, things are only going to get worse. We want the government, the president and the security agencies in question to prove they have the will to honestly investigate those cases. They also need to admit that what has been made public so far was just a ploy to calm the media sector down.

Mujeeb Khalvatgar, a former radio journalist and media advocate, is the director of NAI – Supporting Open Media in Afghanistan. NAI offers courses in journalism and lobbies to improve the working condition of journalists across the country.

Home
Print
Newsletter
More on this topic
Journalism in Afghanistan: Warlord TVAfghanistan’s academics under fire: Must young Afghans be willing to die for an education?Afghanistan's decline and long search for peace: A slide into war and chaosTaran Khan's "Shadow City": Taking a fresh look at Kabul and the Afghan people
Related Topics
'Islamic State' | IS, Democracy and civil society, Free speech and censorship, Freedom of the press, Human rights, International terrorism, New media in the Muslim world, Taliban, U.S. policy in the Middle East
All Topics

Since seizing power in mid-2021, the Taliban have continued to restrict the rights of Afghan women and girls. At the end of 2022, they banned women from attending higher education ... END_OF_DOCUMENT_TOKEN_TO_BE_REPLACED

Since returning to power in Afghanistan, the Taliban have steadily eroded the rights and opportunities of women and girls, particularly their access to education. But Afghans are ... END_OF_DOCUMENT_TOKEN_TO_BE_REPLACED

German imams have publicly expressed their solidarity with the women of Afghanistan. In a letter of protest, the clerics say that the Taliban regime's decree barring women from ... END_OF_DOCUMENT_TOKEN_TO_BE_REPLACED

At the end of every year, the team at Qantara.de gives you a run-down of the ten most-read articles on the site over the past 12 months. Here is a quick overview of the stories ... END_OF_DOCUMENT_TOKEN_TO_BE_REPLACED

The "Weiter Schreiben" (Keep Writing) project promotes literature from war-torn and crisis-stricken regions and has, most recently, shone its spotlight on Afghanistan. Afghan ... END_OF_DOCUMENT_TOKEN_TO_BE_REPLACED

The Islamic Republic has been unable to quell the civil unrest that erupted three months ago, after Mahsa Amini died after being detained for violating hijab rules. Now the ... END_OF_DOCUMENT_TOKEN_TO_BE_REPLACED
Author:
Marian Brehmer
Date:
Mail:
Send via mail

END_OF_DOCUMENT_TOKEN_TO_BE_REPLACED
Social media
and networks
Subscribe to our
newsletter