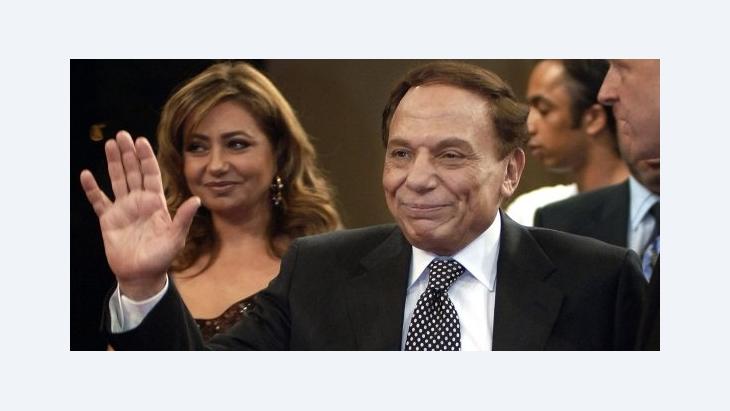 ﻿The sentencing of the famous Egyptian actor Adel Imam for allegedly offending Islam in one of his films spotlights the latest bout of power posturing by Muslim hardliners and the increasing threat to freedom of expression on the Nile. A report by Amira El Ahl in Cairo

Millions of people are familiar with the face of Adel Imam, probably the biggest star in the Arab world. He has a crumpled face, there's no other way of describing it. This face can do almost anything – it can be miserable, sceptical, astonished and melancholy, and sometimes everything rolled into one. Like modelling clay, it can be formed into the strangest grimaces and its abilities have brought its owner a long way.

For more than 40 years now, Adel Imam has been making people in Egypt laugh with his theatrical talent and his mostly clownish humour. He has appeared in dozens of films and plays and is often described as the Charlie Chaplin of the Arab world. He is an icon.

Pilloried by the extremists

When in February a court in Cairo sentenced Adel Imam to three months in jail and a fine of 1,000 pounds, or 125 Euro, the film industry's reaction was appropriately one of great shock. A lawyer from Alexandria closely affiliated to the ultra-conservative Salafists had reported Imam for allegedly slandering Islam. 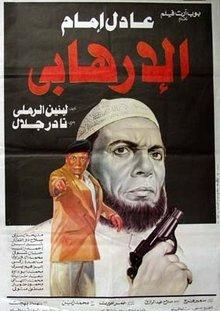 A thorn in the side of Islamist zealots: Adel Imam's film "The Terrorist" from the year 1994

​​Ansar Mansour accuses Adel Imam of blasphemy. He claims the actor has ridiculed Islam and its symbols – among them the beard worn by conservative Muslims as well as the jilbab, or long overgarment – in films such as "Al-Irhab wal-Kabab" (Terrorism and Kebab) and "Al-Irhabi" (The Terrorist).

The films were made in the early 1990s, and although they prompted some controversy back then, most observers of the case agree that first and foremost the charge is not, as claimed, about alleged blasphemy on screen, but that is much more about flexing political muscles in a nation that has just undergone change.

"Personally, I'm not very surprised," says human rights lawyer Gamal Eid, a member of Adel Imam's defence team. "Our society has always had a significant number of conservatives: in the current situation they are sensing their opportunity and know how to use it."

From a legal point of view however, he is shocked that the case has come so far, in particular because the charge has absolutely no legal basis. "The films are all more than 10 years old, so why has it taken so long to lodge complaints about them?" he asks.

Additionally, it is legally inadmissible to bring an individual to court for statements that have been made in the context of a fictional film.

Nevertheless: The defence team's objection was thrown out at the end of April. An appeal was lodged against the sentence, and a final verdict is expected this coming June.

Danger to freedom of expression and the media

But among intellectuals and artists, the case is already stoking fears of tighter censorship and curbs on freedom of expression. 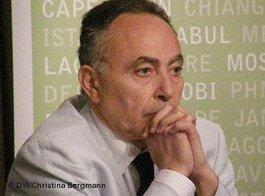 Cause for concern: Bahey El-Din Hassan, Director of the Cairo "Institute for Human Rights Studies", believes the verdict could mark the start of a series of religiously motivated indictments against artists and intellectuals

​​Bahey El-Din Hassan, Director of the Cairo Institute for Human Rights Studies, believes that the judgement quite probably represented the start of a series of religiously motivated indictments against artists and intellectuals.

El-Din Hassan is calling for new legislation to protect artists and intellectuals from such indictments, but at the same time concedes that it is unlikely that his demands will be met in the near future. This is because the conviction of Adel Imam and the religious motivation in this case is totally in line with the mindset of the majority of parliament, which has been dominated by Islamists since November.

The Islamists are consolidating their influence in Egypt – a tendency reflected not only in the verdict against Imam, but also in a number of other cases coming to light over the past 12 months.

In June last year, the Coptic telecoms tycoon Naguib Sawiris was indicted for contempt of religion for publishing an image of Mickey Mouse with a beard and Minnie Mouse with a face veil on his Twitter site.

The businessman was vilified for this picture, and thousands of customers left Naguib Sawiris' mobile network in protest. The complaint was later thrown out by the court.

Show of force by the Islamists

In addition, three film and television productions were halted in recent months for allegedly infringing Sharia law. The Ministry of Religious Affairs apparently refused to grant a permit to filmmaker Ahmad Abdalla, who made a name for himself with films such as "Heliopolis" and "Microphone", to enable him to film scenes of his latest movie in a mosque, claiming this would contravene the Sharia legal code. 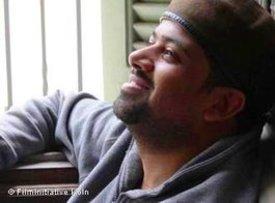 Arbitrary decision: The Ministry of Religious Affairs apparently refused to allow filmmaker Ahmad Abdalla to film a scene of his latest movie in a mosque, claiming that this would contravene Sharia law

​​But the filmmaker himself says it is not up to the ministry to decide whether filming can take place in a mosque or not. Traditionally such permits would be issued by the Interior Ministry or the Azhar University, the highest institution of Sunni Islam. "Our film is neither offensive, nor does it contain any kind of anti-religious statement," he says.

Abdalla also pointed out to the authorities that mosques are an integral part of Egyptian culture and part of a cultural heritage that goes beyond religion. Officials were also unimpressed by the argument that many excellent Egyptian films contain scenes filmed in mosques. It was explained to Ahmad Abdalla that that was before the revolution, and everything is different now.

The Islamists also took aim at the production of the television series "Zaat" by Sonallah Ibrahim. On the first day of filming in February, the crew visited the Ain Shams University to film a scene from the 1970s. There were some 300 extras there, recalls actor Leila Sami. "And they were all wearing brightly-coloured 70s outfits, the women in short skirts just as they would have been in Egypt at the time," she says.

The battle of your life

The production company had been granted permission to film the scenes at the university, but just as the cameras were about to roll, they were requested to leave the campus by members of the student union, who said the female actors were not appropriately dressed. "They threatened the producer, saying that if he didn't leave the campus straightaway, a whole load of people would come from outside who would know exactly how to eject us from the site," Leila Sami remembers.

The scenes have not yet been filmed to this day. "The Islamists feel powerful now that they hold a two-thirds majority in parliament," says Leila Sami. This is why open demonstrations of power such as this are occurring more frequently, in a bid to influence society in accordance with their moral ideas, she continues.

But despite this, Leila Sami says she is not worried. Good art springs from resistance, and the current climate helps people to find the courage to oppose what is happening and fight for their rights, says Leila Sami, and adds: "This is the fight of your life."

The Egyptians are well-known for their humour and often biting satire. They like to laugh and adore characters like those of Adel Imam, who can still draw audiences of millions to cinemas and theatres. Let's see just how long the Egyptians are prepared to allow fundamentalists to spoil their fun.

Algeria‘s regime is again cracking down on anti-fracking activists and the unemployed in the country‘s south. Yet EU countries remain keen to scale up their energy cooperation ... END_OF_DOCUMENT_TOKEN_TO_BE_REPLACED

The murder of a female student at Mansoura University in the Nile Delta has sparked a long overdue debate on femicide in Egypt. Karim El-Gawhary reports from Cairo END_OF_DOCUMENT_TOKEN_TO_BE_REPLACED

Syria, Egypt, Saudi Arabia and the UAE are among those countries increasingly misusing cybercrime legislation to silence dissent and curb freedom of speech. Could a new global ... END_OF_DOCUMENT_TOKEN_TO_BE_REPLACED

Egypt hopes to jump-start the action needed to face a warming world when it takes the presidency of major UN climate talks in November, but warns that countries need a "reality ... END_OF_DOCUMENT_TOKEN_TO_BE_REPLACED

A ceasefire has been in effect in Libya for the past year and a half. Yet after Russia's attack on Ukraine, another proxy war looms in Africa's most oil-rich country. Mirco ... END_OF_DOCUMENT_TOKEN_TO_BE_REPLACED

It is the biggest order in the history of the Siemens Group: a 2,000-kilometre railway network for high-speed trains is to be built in Egypt. But the project raises numerous ... END_OF_DOCUMENT_TOKEN_TO_BE_REPLACED
Author:
Amira El Ahl
Date:
Mail:
Send via mail

END_OF_DOCUMENT_TOKEN_TO_BE_REPLACED
Social media
and networks
Subscribe to our
newsletter