Pro and Con
The Headscarf in the Intellectual Discourse

The legislation on banning the headscarf from schools and public offices in France has provoked a storm of protest. In our article, Muslim intellectuals as e.g. Nasr Hamid Abu Zeid, Tahar Ben Jelloun and Navid Kermani are taking their stance

​​The exile Egyptian Professor Nasr Hamid Abu Zeid, Professor and Chair for Ibn Rushd Studies at the University of Utrecht, criticizes the French bill as being a political campaign issue.

"Without a doubt, this bill has its origins in the French understanding of secularism. The attempt is being made not to discriminate against anyone, whether on the basis of religion, ethnicity, or any other grounds. What unites citizens is their claim to civil rights.

On the other hand, the question arises as to whether a law will be able to solve the problem - given, of course, that a problem does exist. Yet, one can also ask if this law is consistent with an 'inclusive and broad-minded secularism'.

​​There are two sorts of secularism - an inclusive and an exclusive variety. For the inclusive or broad-minded secularism, religious symbols are individual symbols that concern specific communities, groups, or individuals.

This is why I believe that it would have been possible to solve the problem - if there really is a problem - in another way. This law has provoked many reactions among Muslims in French society and throughout the Islamic world. This can only lead to increased tensions in relations."

Nasr Hamid Abu Zeid fears that the feeling of discrimination will deepen among Muslims because of the law. When Muslims are only allowed to wear the headscarf in their own schools, says Abu Zeid, this could lead to their isolation as citizens. In this way, the law could prove counterproductive.

"I believe that this is a political problem. It has arisen due to pressure by elements of the political right within French society. France will soon be holding local elections. Perhaps this law is part of the election campaign.

This would be a cause for alarm, as it would mean that secularism, which is supposed to separate religion from politics, is actually misusing religion for political purposes. I would have wished that the lawmakers had addressed the problem more seriously instead of merely regarding it as an electioneering issue."

The Egyptian filmmaker Safaa Fathy lives in France and she supports the government bill.

"The headscarf in France is a relatively recent phenomenon that came to a head after September 11. It is related to the revival of a radical political-religious movement in the Arab world. It is merely an echo for everything that is happening outside of France and also outside of the Arab world, namely in Pakistan and Afghanistan.

The French government is attempting to prevent the growing radicalization of Arab and Turkish Muslims who live in suburban areas. There, young girls of only eight years old are already forced to wear a headscarf.

What we are dealing with here is a political-religious movement, which I witnessed emerge and grow in Egypt at the end of the 1970s and the start of the 1980s.

​​The French government is now facing a phenomenon with which it is completely unfamiliar. As everyone knows, this is the only government that truly separates politics from religion. Yet, there is also real discrimination against Arabs in France, even when it is not as intense as it once was. The ban on headscarves, however, is not part of this discrimination, as it is directed solely at schools and not universities or the work place.

I support the existence of a law that protects girls from the pressures brought to bear from within the Muslim community, as this concerns a community that forces women to wear the headscarf. The headscarf is a sign of a woman's membership in the Arab-Islamic community."

The Islamic scholar and journalist Navid Kermani sees a clear difference between the origins and the consequences of the French legislation and the current headscarf debate in Germany.

"One has to realize that the French law is very radical, yet it doesn't mean unequal treatment for religions. In fact, it bans all religious symbols from schools, and therefore applies to the Jewish skullcap, ostentatious crucifixes, and other such items as well.

​​This differentiates the French legislation from that which is planned in some of Germany's federal states. In Germany, the explicit aim is to only remove Islamic religious symbols from the classroom.

On the question as to whether this could strengthen the feeling of oppression expressed by Muslims in Germany, Kermani answered:

"Of course, because it not only promotes the feeling of not belonging to this society, but also leads to Muslims believing that this is not their country, not their government, and not their community. This is not good for the integration of Muslims, especially for second generation Turks who live in the large cities. Many of them live in their own world and don't even speak German. This problem has to be taken seriously."

Sebnem Bahadir is a researcher in the area of intercultural communication at the Johannes Gutenberg University in Mainz. She compares the French legislation with the ban on headscarves at universities and in public offices in Turkey.

"I would like to say that, in principle, the French law limits women's right to personal freedom. Many believe that the ban on headscarves will prevent the spread of Islamic symbols, but, first and foremost, it has to do with women.

The secular system in France is somewhat outdated. It doesn't address the current situation and one can naturally make comparisons with Turkey.
When Turkey was founded as a republic, similar measures were undertaken and these have been repeated in France.

However, one should consider that events in Turkey took place at a very different time and in the context of a completely different history. This was seventy or eighty years ago. Back then, people were fighting against a 500 year old religiously dominated Ottoman Empire in order to establish a republic and to separate religion from the state.

You can compare these two systems, but you cannot say that this makes the French measures any more explainable or understandable. I hadn't expected France to take such steps at this time. For about the last ten years, Turkey has been trying to alter this rigid position, not through legal means, but on the political and social level. More and more loopholes appear in their secular system as time goes by.

I teach during the summer semester at a university in Istanbul and, although it is forbidden to attend the university wearing a headscarf, many lecturers and student organizations have started to introduce changes. For instance, I can now allow the wearing of headscarves in my lectures. One observes that the state is not able to interfere as much as it used to.

The headscarf is not only a religious symbol, but also a cultural phenomenon, such as many others.

As a researcher for intercultural communication, I would prefer that people be given space, because young people are always attracted to what is forbidden. The headscarf should be regarded as an item of clothing, the same way as one might look upon a hat, a feather boa, or even a punk haircut.

I think it would be beneficial for Germany if teachers were to appear wearing headscarves. When I see something unfamiliar and different - something that I would otherwise isolate and exclude - has now found a place in my school, then it is no longer something so very different. Then the teacher with the headscarf would be regarded as just another teacher. I don't believe that the ban on headscarves will modernize the so-called backward Muslim women and families. Rather, the opposite will happen.

The Moroccan writer Tahar Ben Jelloun, who now lives in Paris, is in favour of France's laicist tradition and the banning of the headscarf. However, he also criticises the nation's poor integration policies. 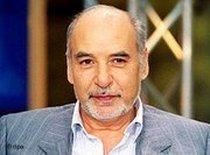 ​​"There are a number of reasons for Muslim women in France wearing the headscarf. In most of the cases, they wear it because of the pressure their fathers or brothers exert on them. Yet other women wear it in the name of individual freedom, that is they wear it showing that they ought to be allowed to do what they are doing."

"Some women want to take a stand in favour of their own individual identity", Jelloun explains. "The debate about the headscarf in France is not about taking away Muslim women's right to choose the way they dress. Not at all, it is about a particular dress code for public society."

"When someone wears the headscarf in school, for instance, it is a deliberate decision to not take part in certain kinds of classes as for instance sports or biology," he says.

"The headscarf is - to my mind - the triumph of ignorance. The laws of laicism, that is, the separation of state and religion is very, very important. Several Generations of the French have fought for its implementation in 1905. I am very much opposed to taking a step back by almost 100 years."

Lies Marcoes-Natsir is Program Officer of the Islam and Civil Society Programme at the Asia Foundation in Jakarta, Indonesia. She argues that wearing the headscarf should be a personal decision that should not be politicised.

"It must be taken into consideration that the issue of the jilbab (or headscarf) always has a different background and political context, depending on the respective country. The situation in Indonesia is, for example, quite different from that in Europe.

In my opinion, there should not be a law for a government to restrict or ban the jilbab. I think it should always be someone's personal decision to wear a jilbab.

The wearing of headscarves should not be banned, it should be everyone's own personal decision, because otherwise the conservatives and radicals will make their profit out of this, like in Indonesia."

END_OF_DOCUMENT_TOKEN_TO_BE_REPLACED
Social media
and networks
Subscribe to our
newsletter