In the anthology "Palestine on my mind" 26 peace activists explain why they are committed to the human rights of Palestinians. The authors are Germans and non-Germans, Jews and non-Jews. Martina Sabra reviews this remarkable publication

​​ Campaigning for the protection of human rights is not a subject that should be up for discussion. But in Germany, anyone fighting for the greater recognition of the rights of Palestinians often has to go to some lengths to justify his or her stance, as more often than not they will stand accused, if silently, of anti-Semitism.

The Middle East conflict, or more specifically the relationship between Israel and Palestine, is a subject that triggers ferocious debate in Germany like no other. Key players in the debate are often self-styled specialists talking over the heads of those who are directly involved.

Why the rights of Palestinians?

German peace activist Günter Schenk, who lives in France, decided to do something to counter this tendency and allow some of the actors in this conflict to speak for themselves. He invited a total of 26 people to explain why they are committed to the human rights of Palestinians in the face of such vehement opposition.

The results of his field research can now be seen in an anthology published by the German-Jewish publisher Abraham Melzer under the evocative title "Palestine on my mind".

Schenk invited Germans and non-Germans, Jews and non-Jews to express their views. The spectrum of political viewpoints ranges from arguing the case for a two-state solution right through to radical anti-Zionism.

Especially riveting are the contributions from activists with a Jewish background, among them Ruth Fruchtman, Evelyn Hecht-Galinski and Abraham Melzer. Jews who are critical of Zionism are subjected to bitter attack in Germany, although the hostility does not just come from Neo-Nazis, but also from right-wing Jewish communities. 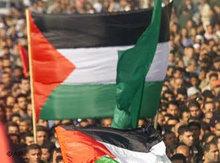 Entangled destinies: For most of the non-Jewish, German activists the path for Palestinian solidarity leads via solidarity with Israel

​​ The spectrum of attacks ranges from insults such as "alibi Jew" through smear campaigns to death threats. But the activists campaigning for a just solution in the Middle East do not allow themselves to be silenced and set out clear demands in their essays: a democratic state for Jews and non-Jews and an end to the occupation of the West Bank and Gaza.

The Jewish activists are not naïve. They reject political pigeonholing and openly outline the Palestinians' political weaknesses. "I'm not 'pro-Palestinian'," writes the French commentator Claire Paque. "That is a false notion. We are simply defending the application of international law in this case."

Most of the contributions to the anthology are made by German, non-Jewish human rights campaigners, the majority of whom were born between 1920 and 1950. Despite the differences in age they all share an important common denominator: For the most part, their political consciousness and values were developed against a backdrop of German National Socialism and the mass murder of Jews in Europe.

"My involvement in the Palestinian problem is significantly influenced by my confrontation with Nazism," says Ingrid Rumpf, who apart from her work with Palestinian refugees in Lebanon also curated a highly-publicised exhibition on the 1948 expulsion of the Palestinians, which is being shown across Germany.

For most of the non-Jewish, German activists the path for Palestinian solidarity leads via solidarity with Israel. Older contributors were still directly under the influence of Nazi terror and the gruesome images from the concentration camps after liberation in 1945.

Younger contributors experienced the denial of the Nazi era in "economic miracle Germany". Against this backdrop, expressing solidarity with surviving Jews and with Israel become for some a way to rebel against their parents and German post-war society. 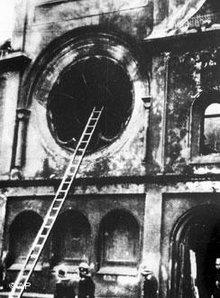 Lessons from history: As a reaction to the gruesome crimes for many Germans, the declaration of allegiance with Israel became part of their personal identity

​​For these young people, this declaration of allegiance with Israel became part of their personal identity. Doubts over the official version of history and the founding myth of Israel represented an existential threat to their laboriously constructed new system of values. Logically, anything that challenged this world view was suppressed: the displacement and dispossession of the Palestinians, the obliteration of a centuries-old Middle Eastern culture.

This tendency was strengthened when the Palestinians increasingly sought international attention with terrorist attacks in the late 1960s. The Palestinians made people afraid. No thought was spared for the fact that with the Holocaust and the subsequent founding of Israel, Germany might perhaps have contributed to the Palestinians' misery and the armed resistance.

A deep insight into internal strife

This also applied to Anne Köhl, who reflects in the book upon her first encounter with a Palestinian fellow student in the 1970s. The young man had given her a book about Palestine, asked her to read it and discuss it with him. At the time, she indignantly refused and pushed the book far to the back of her bookshelf.

It was more than 30 years later, when her own son announced plans to set off for Palestine and was not to be dissuaded, Anne Köhl suddenly saw herself forced to forget her reservations and at last appreciate the other side's version of events. It heralded the start of a period marked with conflict and rife with debate. Today, Köhl is an active campaigner for Israel AND the Palestinian people: "Because their fate is inextinguishably linked with mine, with my identity and my country – just like the fate of the Jews."

Many of the contributions to this anthology grapple with internal strife in this way. Publisher Günter Schenk also says that he was plagued with guilt when he realised that he had not listened to his Palestinian friends, and simply not acknowledged their suffering.

Nevertheless, activist Ingrid Rumpf stresses that one must repeatedly examine any hint of personal anti-Semitic resentment. "One must always put oneself under scrutiny. Better too much than too little. But I won't allow myself to be silenced," she says.

The anthology "Palestine on My Mind" does leave open certain questions that might perhaps have been addressed – for example the debate over left-wing anti-Semitism or the suicide attacks of the 1990s. But the book's key message is that it is possible to campaign for the rights of the Palestinians, even to reject Zionism, without being an anti-Semite.

The individuals expressing their views here are neither racists nor useful idiots, but consistently intelligent, clear-sighted and honest. They share the view that human rights are indivisible and that Israel must be measured with the same yardstick as all the world's nations.

Their views offer a soothing antidote to those self-appointed "Friends of Israel" and "anti-Germans" who, with their pompous ideologies and awry arguments, still have a strong influence on public discourse in Germany today.

"Denk ich an Palästina – Palestine on my mind. Günter Schenk presents 26 testimonials from our time", published by Melzer, Neu-Isenburg 2010, 232 pages

Gaza Blockade
A "Jewish Ship" for Gaza
Since the storming of the Mavi Marmara at the end of May, a growing number of aid flotillas is being sent to Gaza from all around the world. A group of German Jews also wants to demonstrate solidarity with the people in the Gaza Strip. Bettina Marx reports

The Middle East Conflict in the Schools
The History of the Others
In a jointly written history textbook, Israelis and Palestinians attempt to understand 60 years of hostility. Arnfrid Schenk reports on a unique project of reconciliation

END_OF_DOCUMENT_TOKEN_TO_BE_REPLACED
Social media
and networks
Subscribe to our
newsletter