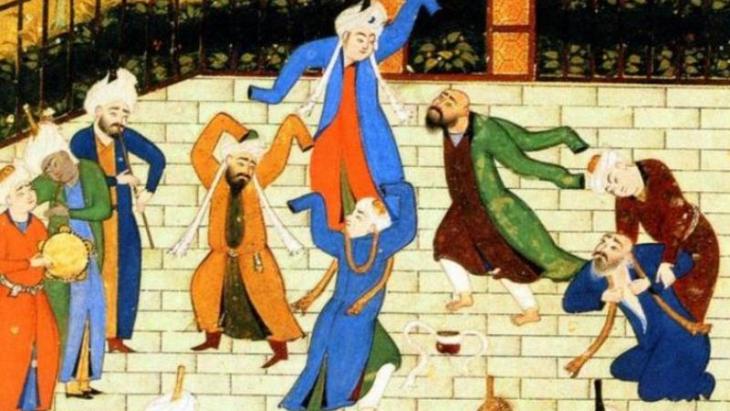 Professor Nasser Kanani on the Persian poet Hafez
"The joyful audacity of his spirit, the melody of his poetry"

Over the centuries Hafez' legacy has exerted a unique influence on numerous poets in Europe, with many an Orientalist falling under his spell. In interview with Yasmin Khalifa, Nasser Kanani explores the great poet’s sensuality, mysticism and elegance

In the seven centuries since his birth, much has been written about the Iranian poet Hafez. What inspired you to write a book about Iran’s most famous poet?

Nasser Kanani: As far as I know, there hasn’t been any notable book about Hafez’s life and his philosophy of life published in the West. In this part of the world, people have contented themselves with translating and interpreting his poems. And for that reason, I wanted to explore the question of why so many western poets and thinkers, authors and artists were so interested in Hafez’s poetry. My book is an attempt to find answers to this question.

What makes Hafez the greatest Persian lyric poet, in your view?

Kanani: Iranian culture and the Persian language have produced a lot of great poets over the past thousand years. Many of them achieved global fame – think about Ferdosi, Khayyam, Rumi, Saadi and others. But none of them ever achieved Hafez’s popularity in the Persian-speaking world. Iran’s great love for this poet can also be seen in the fact that literally every Iranian household has at least one copy of his Divan. Almost all Iranians, no matter where they are from and what their educational background, firmly believe that they will find an answer or some advice in his Divan when they are in a difficult situation or have a hard decision to make. But they all interpret this oracle’s prophecies in their own way.

Hafez’s poems have also inspired successive generations of artists, to this day... 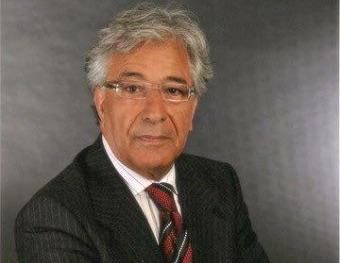 In addition to conducting research in solid-state physics and electrochemistry, Professor Nasser Kanani is engaged in the study of traditional Persian music and literature. His most recent work "Hafez – The greatest poet of the Persian language" was published in German last December

Kanani: Absolutely. Generations of Persian poets have dreamed (and many still do) of creating ghazals à la Hafez, but in vain! Goethe, too, once said: And should the whole world go under, Hafez, with you, with you alone I would compete! Iranian musicians are also inspired by Hafez’s poems. And his verses have always been a source of inspiration for Persian calligraphers. Isn’t all of this sufficient justification for calling Hafez the greatest poet in the Persian language?

Your book, with all its quotations and footnotes, reads like a reception history of largely German writers and Orientalists from the 17th to the 19th century. What kind of readership did you have in mind when you were writing the book?

Kanani: First and foremost, I was thinking of all those Germans who have an interest in Iranian culture and Persian poetry, and of course those of my countrymen who can speak German. It was my intention to write a knowledgeable and well-evidenced work of non-fiction. I wasn’t interested in telling a simple story about Hafez. Please allow me to take this opportunity to thank my dear friend Professor Alireza Ranjabar, the president of the Academy of Iranian Doctors and Dentists in Germany (AIA), without whose financial support the publication of this book would scarcely have been possible.

And there are a few German-speaking poets who are strongly influenced by Hafez... 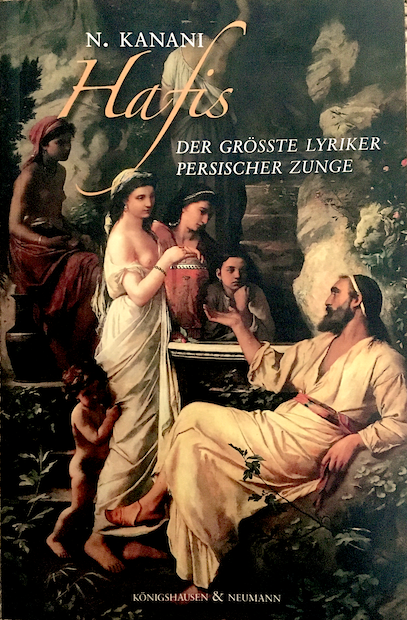 Nasser Kanani: "For me, Hafez is simply a pure poet! I admire the joyful audacity of his spirit, love his beautiful, incomparable language, and delight in the melody of his poetry"

Kanani: Quite so. It was my original intention to write an in-depth treatise showing the influence that Hafez’s poetry, particularly the poetic form of the ghazal that he loved so much, has had on German poetry. There were certainly more than 100 poets from Germany, Austria and Switzerland who wrote ghazals in the style of Hafez in the 19th and 20th centuries. But I thought it was advisable to familiarise readers with the life and work of this poet from Shiraz in an extended foreword, to give some background to his popularity in the German-speaking world. But this introduction, originally planned as a foreword, kept getting longer. And so I decided to publish it as a stand-alone book. I am currently working on a book about the German poets who wrote ghazals like Hafez. And there, I will introduce a lot of these "German" ghazals.

You also write about the time period in which Hafez had his creative phase.

Kanani: A dark time, dominated by the tyranny of the despots and the obscurantism of a fanatical priesthood. It is a great irony that a poet of Hafez’s stature was fated to live and work in one of the darkest periods of Iran’s history. That’s why I tried to explore of his philosophy of life, which enabled him to preserve his integrity and his humanity.

What do you think of the German translations of Hafez’s Divan?

Kanani: Where I cite the German translations of his poems, I do occasionally point out that some of them are rather lacking and scarcely reflect Hafez’s true thoughts. Of course, I also mention the possible reasons for this: the sublime language of this mysterious poet, the ambiguity of his poetry, and of course the idiosyncrasies of the Persian language.

Hafez praised love like hardly anyone else. And yet you barely look at his love life. Why is that?

In your foreword, you mention that Hafez turned to Sufism. And later you look at the aversions that Hafez displayed after he had left the Sufi order. Where did they come from?

Kanani: It is questionable whether Hafez was ever actually a member of a Sufi order. And that is because in Persia we differentiate between Aref (gnostics) und Sufi (mystics, wandering dervishes), or to put it another way between Eraf (gnosticism) and Sufism (mysticism). Hafez was a gnostic. The whole of this exceptional poet’s life is shrouded in legend. It often isn’t easy to separate truth from fiction. But the fact is that he had the greatest veneration for a character he invented called the Rend, who feels an unconditional obligation to love and truth. He had a deep disdain for insincere holy men and worldly Sufis, whom he accused of material greed and dulling the minds of the masses.

You can tell from the book that you yourself are a huge Hafez fan. Which of his poems are you most moved by?

Kanani:  For me, Hafez is simply a pure poet! I admire the joyful audacity of his spirit, love his beautiful, incomparable language, and delight in the melody of his poetry. Too many of his verses count among my favourite poems in the Persian language for me to name just one.

In "Iran. Die Freiheit ist weiblich", journalist Golineh Atai describes the dogged resistance of courageous Iranian women against the Islamic Republic and the mullahs who have ... END_OF_DOCUMENT_TOKEN_TO_BE_REPLACED

Iranian artist Parastou Forouhar has lived in Germany since 1991. Full of rage, just like the protesters, she hasn't yet given up on the idea of justice. By Julia Hitz END_OF_DOCUMENT_TOKEN_TO_BE_REPLACED

Fariduddin Attar’s "The Conference of the Birds", one of the seminal works of Islamic mysticism, has recently been published in sumptuously illustrated German translation. It ... END_OF_DOCUMENT_TOKEN_TO_BE_REPLACED

The violent death of 22-year-old Mahsa Amini has achieved something the entire opposition has failed to do during the 43-year rule of the ayatollahs in Iran: almost the entire ... END_OF_DOCUMENT_TOKEN_TO_BE_REPLACED

Like Christianity, Europe's history is one of migration. Both have strong roots in the Orient and in cultures thousands of years old. Cultural historian Bernhard Braun invites us ... END_OF_DOCUMENT_TOKEN_TO_BE_REPLACED

A lot is happening in Syria’s Sweida Governorate – foreign intervention there is unprecedented both in terms of scale and number of actors – yet Damascus remains the dominant ... END_OF_DOCUMENT_TOKEN_TO_BE_REPLACED
Author:
Yasmin Khalifa
Date:
Mail:
Send via mail

END_OF_DOCUMENT_TOKEN_TO_BE_REPLACED
Social media
and networks
Subscribe to our
newsletter