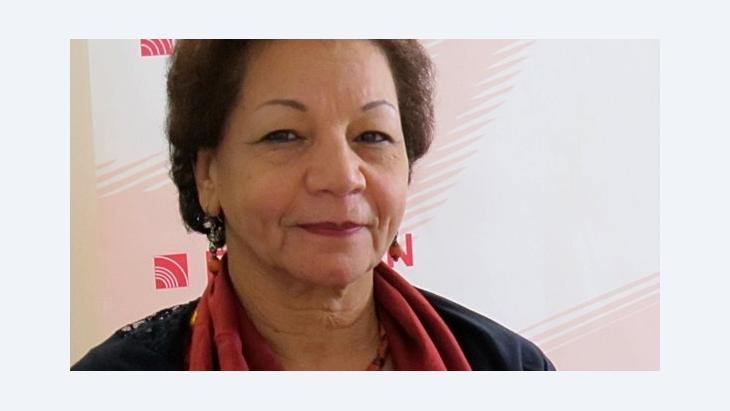 The Voice of the Marginalized

Salwa Bakr is an unassuming literary star. Not a natural self-promoter, the Egyptian writer is nevertheless one of her nation's best known authors at international level. She has written 18 books, many of which have gained international recognition and been translated into nine languages. By Claudia Mende

﻿Salwa Bakr prefers to allow her characters to speak for themselves. She is interested first and foremost in women on the fringes of Egyptian society, outcasts, the mentally ill or the disabled, in women who have committed crimes as a result of their unfavourable living conditions and escape into fantasy or madness as a way of coping with their fate.

"I write about women who are rarely seen by others," she says. "My characters are women who remain unobtrusive and for whom no one has any use."

This represents a conscious attempt by Bakr to demarcate her work from a male brand of literature that through its patriarchal lens perceives women first and foremost as wives or lovers. "I write about widows or rejected women who are lonely, but who nevertheless have desires," says Bakr.

The view from below

A different standpoint from the Egyptian feminist view

She had to fund the publication of her first book, but that soon changed following its enthusiastic reception by the critics. She spent a short time in prison when Mubarak was in power. Although her main focus is the situation of women in Egypt, she distances herself from Egyptian feminists and the newly-formed "Egyptian Feminist Union", for example. Salwa Bakr perceives this group first and foremost as a group of wealthy upper-class women whose mentality and lifestyles are a world away from that of the majority of Egyptian women.

The author sees all sections of Egyptian society as being permeated by a deep-seated misogyny, which also impacts upon the discourse of liberal parties. "Egyptian intellectuals talk about politics and culture, but women's rights play no part in their debates. Essentially, their attitude to women is the same as that of the Muslim Brotherhood," claims Bakr.

This assessment is due not least to her own experience of Cairo's cultural scene. While she enjoys international success as a writer, her work lacks recognition at home – and it is evident that she feels bitter about the inner workings of Egypt's cultural sector.

She has already won numerous international accolades for her novels, short stories and narratives; in Germany, for example, the Deutsche Welle Prize for Literature in 1993. Yet she has not received a single award in Egypt. Not only does she earn less than her male counterparts, she also believes that literary prizes are not always awarded in accordance with objective criteria.

"Here in Egypt, literary prizes are awarded to male artists who also enjoy good relations with the government. If I publish a book however, I earn very little. In my view, this is also a kind of corruption," she says, clearly disgusted. 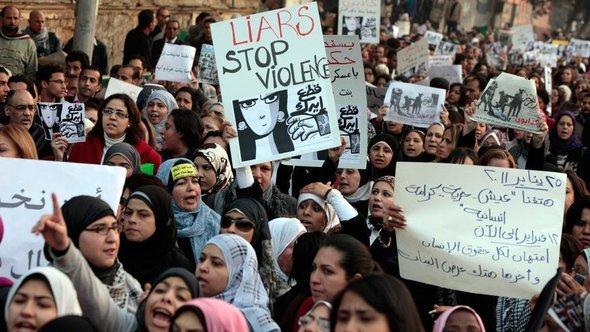 "My life has changed fundamentally since the revolution," says Salma Bakr who has seen how, through their participation in the protest movement, women were suddenly daring to do things they had previously only dreamed of

Judge the Islamists on their performance

Despite distancing herself from the feminists, she agrees with many liberals in the creative sector who say that the Muslim Brotherhood could represent a serious problem for Egypt. The triggers for the 2011 protest movement have not been addressed by a long shot: the huge economic gulf between rich and poor, the lack of perspectives for young people and the middle-class slide into poverty.

One will judge the Islamists on their performance, says Bakr. If they do not secure any progress for most of the population, then Mohammed Mursi's government will have to brace itself for massive protest.

If women's rights are restricted, Egyptian women will find the necessary mechanisms to fight back, just like the women in her novels, who do not allow themselves to be downtrodden and doggedly guard their own dignity. She has on a number of occasions seen with her own eyes female shop owners fighting back against Salafists who tried to tell them that a woman's place is in the home. The women were not prepared to listen to the views of these religious zealots and threw them out on the spot.

Bakr is convinced that that is exactly what will happen to the Muslim Brotherhood if their aim is to turn Egypt into an Islamist project. For Salwa Bakr, one thing is clear: representatives of political Islam cannot destroy the dream of a genuine civil society; the most they can do is delay its creation.

The past enthusiasm of the Egyptians lives on in the Iraqis of today. But just as they were nine years ago in Cairo, current prospects in Baghdad are dim. A comparison by Birgit ... END_OF_DOCUMENT_TOKEN_TO_BE_REPLACED

Insults directed against Egyptian President Abdul Fattah al-Sisi have been particularly prominent among the hundreds of chants by Arab protestors in Algeria, Sudan, Iraq and ... END_OF_DOCUMENT_TOKEN_TO_BE_REPLACED

Political analyst Taqadum al-Khatib argues that Egypt can, in co-ordination with its European partners, develop a common vision to solve the complex conflict in Libya. For this to ... END_OF_DOCUMENT_TOKEN_TO_BE_REPLACED

The upheavals of the past year in the MENA region are arguably as momentous as those of the Arab Spring in 2011. Yet perhaps the biggest difference is that our interest seems to ... END_OF_DOCUMENT_TOKEN_TO_BE_REPLACED

END_OF_DOCUMENT_TOKEN_TO_BE_REPLACED
Social media
and networks
Subscribe to our
newsletter