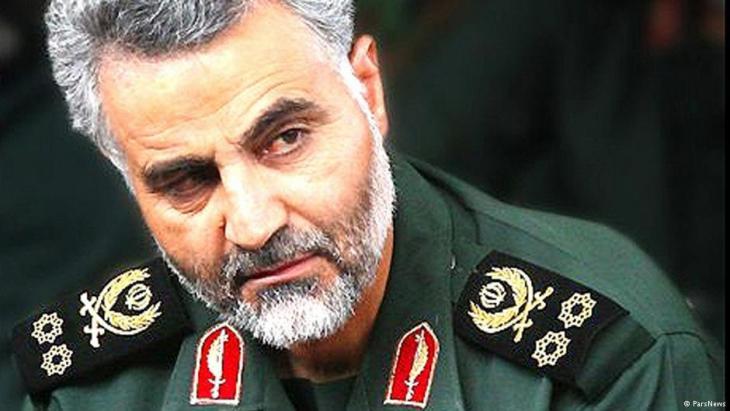 Profile: Qassem Soleimani
The man who pulls the strings

Iran is battling Saudi Arabia for regional supremacy in the Middle East, and is steadily expanding its sphere of influence in Lebanon, Syria and Iraq. Behind the scenes, Qassem Soleimani is a key figure who has had more influence on Iran's foreign policy over the last twenty years than almost anyone else. Martina Sabra reports

Many Syrians and Iraqis believe that Bashar al-Assad in Damascus and Nouri al-Maliki in Baghdad are no longer the ones making the decisions, but that instead they're taking orders from an Iranian: Qassem Soleimani.

The United States officially describes Qassem Soleimani as a terrorist – though admittedly one it would rather not tangle with. John Maguire, a leading CIA official, has called Soleimani "the most powerful operative in the Middle East today". And in 2008 Soleimani himself is said to have written in a dispatch to the former supreme commander of the US Army in Iraq: "Dear Mr Petraeus, you should know that I control Iran's foreign policy in relation to Gaza, Lebanon, Iraq and Afghanistan."

Who is this man who is celebrated as a war hero by Iranians loyal to the regime, while the public in the West hardly knew of his existence until very recently? Two publications shed some light on the matter. The first was written by Iran expert Ali Alfoneh, the second by Dexter Filkins, a renowned US Middle East expert and journalist.

According to Alfoneh, Qassem Soleimani was born in 1957, in Rabord, a village in the sparsely-populated province of Kerman in the southeast of Iran. After leaving primary school, Soleimani went to the city of Kerman to earn money as a construction worker and help his family pay off their debts. In 1975 Soleimani, now 18, found a job with the regional water authority in Kerman. It is unclear whether he was involved in protests against the Shah's regime. 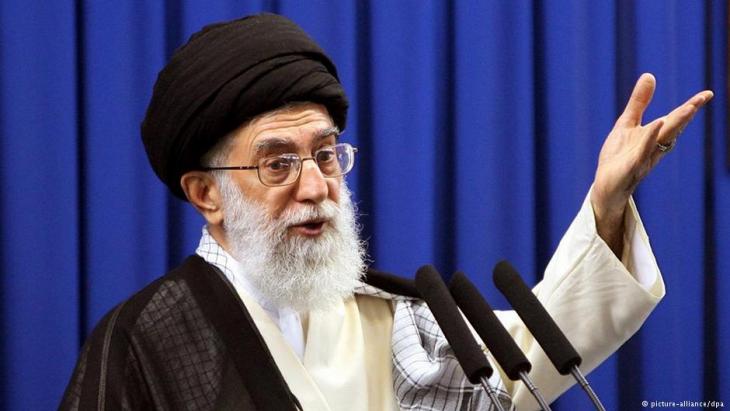 Reporting to the Supreme Leader: Soleimani aims to ensure that Iran is never again attacked by foreign powers. He answers directly to the Ayatollah Khameini, the highest Revolutionary Guard. Soleimani’s unit, the Quds Brigade, is in charge of “special foreign operations”

Ali Alfoneh writes that, during this period, Soleimani made the acquaintance of Hojja Kamyab at the mosque. Kamyab was a peripatetic preacher from the religious milieu of the man who would go on to become the highest Revolutionary Guard and de facto head of state, Ali Khamenei. Very soon after the Islamic revolution in 1979, Soleimani was recruited for the newly-founded Revolutionary Guard, specialist troops for the protection of the regime.

Soleimani had no military training or experience of battle. But he was evidently so talented that, soon after completing his basic training, he became a trainer himself and was sent off on special missions within Iran. An important step forward for Soleimani's career came with the defeat of the Kurdish rebellion in Mahabad (north-west Iran) in 1979-80. On his return, Soleimani took over the command of the Revolutionary Guard's newly-founded regional Quds garrison in Kerman.

Influenced by the Iran-Iraq war

From 1980 to 1988, throughout the war with Iraq, Soleimani fought on almost all the fronts and in all the battles. The war had a profound influence on him - not just because of the huge numbers of dead and injured, but also because it ended with a ceasefire rather than a victory for the Iranians. Dexter Filkins writes: "Many of the generals of Suleimani's generation believe they could have succeeded had the clerics not flinched." Filkins also refers to the Iran expert Ali Alfoneh when he comments that, "Many of them feel like they were stabbed in the back."

Once the Iran-Iraq war was over, Soleimani was posted to eastern Iran, to combat Afghan-Iranian drug cartels. He was clearly successful, as in 1998 he was promoted to Major General of the Quds Force. This special unit of the Revolutionary Guard, which today comprises some 15,000 men, was responsible for "special foreign operations".

Soleimani had a clear aim: Iran should never again be the target of an attack, and the country should become the premier power in the Middle East. He did not implement this aim according to any master plan; he simply made clever use of every opportunity that presented itself. His pragmatism served him well in this respect.

In spite of the religious Shia character of the Iranian regime, Soleimani supported not only the Shia Hezbollah in Lebanon and Shia militias in Iraq, but also the Palestinian Sunni group Hamas in the Gaza Strip, and the secular Assad regime in Damascus. The crucial factor for him was not religion or denominational affiliation, but the interests of Iran. 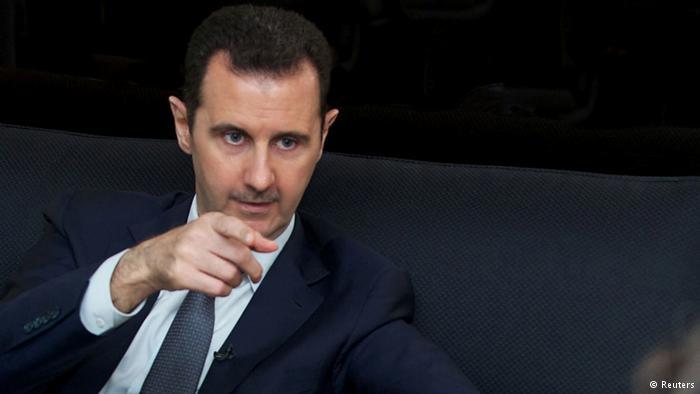 Supporting the Assad regime: Qassem Soleimani has had tens of thousands of Shia militiamen from Iran, Iraq, Lebanon and other countries flown in to Syria. They are tasked with supporting the brutal dictatorship led by Bashar al-Assad and combating the Syrian revolution

Soleimani was also smart enough to conduct dialogues with the USA when he thought it useful – and to close down the channels of communication again when he no longer required them. Immediately after 9/11, during the US-led war against the Taliban in Afghanistan, there were apparently numerous conversations between Soleimani and representatives of the US administration.

But following the US invasion of Iraq and the fall of Saddam Hussein in 2003, it quickly became clear that Iran considered the majority Shia country of Iraq a kind of strategic front yard, and no longer needed the US as a mediator. Iranian-backed Shia militias and Quds brigades from Iran carried out many bloody (revenge) attacks against the US military, and against Iraqi Sunnis in Iraq. According to the journalist Dexter Filkins, Soleimani also directly influenced the choice of Nouri Al Maliki as Prime Minister.

Supporting the Assad regime to the very end

Iraq, Syria, Lebanon – to keep the "axis of resistance" stable, the Iranian regime relied on the Assad regime in Damascus, Iran's closest ally in the region since the 1970s. The Islamic Republic of Iran and Arab socialist Syria were very different, but they had a common enemy: Israel and its protector, the United States. Hafez al-Assad, and his son Bashar al-Assad after him, guaranteed that Iran could provide weapons and logistics to Hezbollah in Lebanon without any problems.

When the uprising against the Assad regime began in Syria in 2011, and the Syrian army quickly began to show signs of weakening, a fundamental part of the "axis of resistance" seemed to be in danger. Officially, Iran demanded that foreign powers refrain from intervening in Syria. But that didn't apply to Iran itself.

Qassem Soleimani had tens of thousands of Shia militia members from Iran, Lebanon and other countries flown into Syria, to support Bashar al-Assad's brutal dictatorship and combat the revolution. According to Syrian observers, every day several transport planes were landing in Syria, filled with weapons, ammunition and other important goods from Iran.

The Syrian people have paid an extremely high price for Iran's expansionist endeavours. Experts believe that without the huge support it received from Tehran, the Assad regime would have collapsed long ago. An early end to the Assad regime could have prevented the chaos and the advance of jihadists in northern Syria and north-west Iraq.

But for Iran, keeping possible competitors or attackers weak is clearly a priority. When neighbouring countries are unstable, they are easier to control and dominate. In addition to which, Iran has now become a potential partner for the US in the fight against the jihadists and their "Islamic State" – despite sanctions and the dispute over nuclear developments. Qassem Soleimani has made it clear that Iran will support the Assad regime in Damascus to the very end.

Home
Print
Newsletter
More on this topic
The Iraq crisis and the West: The ugly new order in the "Fertile Crescent"Iran's role in the Iraq conflict: An ally, but not a puppetOne year on from Rouhani's election victory: Surprise and disenchantment
Related Topics
Assad regime, Iranian nuclear programme, Syrian Civil War, Syrian opposition
All Topics

United Arab Emirates strongman Sheikh Mohammed bin Zayed al-Nahyan, who was formally elected president on 14 May, has led a realignment of the Middle East, creating a new anti- ... END_OF_DOCUMENT_TOKEN_TO_BE_REPLACED

Back in 1995, when The Times asserted Islam was to blame for the poor levels of education among women in the Muslim world, Mohammad Akram Nadwi began scouring ancient Arabic ... END_OF_DOCUMENT_TOKEN_TO_BE_REPLACED

Women's empowerment in the Gulf has become a tool of deflection, rather than a genuine effort to promote women’s full and equal participation in society. By Mira Al-Hussain END_OF_DOCUMENT_TOKEN_TO_BE_REPLACED

Indonesia has become a primary battleground between democratic and autocratic visions of Islam in the 21st century, with Nahdlatul Ulama pitted against Abdullah bin Bayyah, a ... END_OF_DOCUMENT_TOKEN_TO_BE_REPLACED

A straightforward message emerged from last week’s meeting in the Negev desert of the foreign ministers of four Arab countries, Israel and the United States: Israel is key to the ... END_OF_DOCUMENT_TOKEN_TO_BE_REPLACED

Ahead of Ramadan, most Middle Eastern countries have eased restrictions to near pre-pandemic times. However, increases in prices and food shortages due to the war in Ukraine are ... END_OF_DOCUMENT_TOKEN_TO_BE_REPLACED
Author:
Martina Sabra
Date:
Mail:
Send via mail

END_OF_DOCUMENT_TOKEN_TO_BE_REPLACED
Social media
and networks
Subscribe to our
newsletter