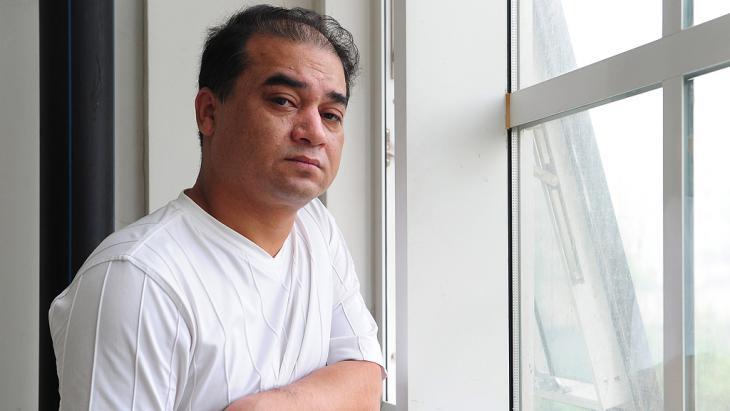 Ilham Tohti, a well-known Uighur and a moderate critic of Beijing's policy towards the country's Muslim minority, was found guilty of "separatism" and sentenced to life in prison last September, despite the fact that he has always worked to improve relations between Uighurs and Han Chinese and is against breaking up the country. A profile by Thomas Latschan

Ilham Tohti is not a typical dissident. The 44-year-old sees himself first and foremost as an economist. Born in 1969 in the small town of Artux (also spelled Atush or Atushi), in the western Chinese province of Xinjiang, Tohti moved to Changchun to study and from there to Beijing, where he furthered his career and became a renowned economist.

For several years, Tohti conducted researched at Beijing's Minzu University, among other things into the Uighurs' social situation in Xinjiang Province. He came to the conclusion that the Muslim minority in the province was not treated the same way as the majority Han Chinese. In fact, he discovered that there were fewer jobs for Uighurs, that they were paid less for the same positions and that the Chinese authorities were systematically discriminating against Uighurs.

Tohti repeatedly criticised the central government's policy towards the Muslim minority. Unlike other Uighur critics – such as the exiled US-based Rebiyah Kadeer – Tohti is viewed as a moderate critic, always pushing for better understanding between Uighurs and Han Chinese.

"Tohti is seen as mild and moderate," says Chinese writer Wang Lixiong. "He is the only influential Uighur intellectual who believes that Xinjiang is a part of China and that it should be granted autonomy according to democratic principles. This way of thinking sets him apart from most Uighurs living in exile." 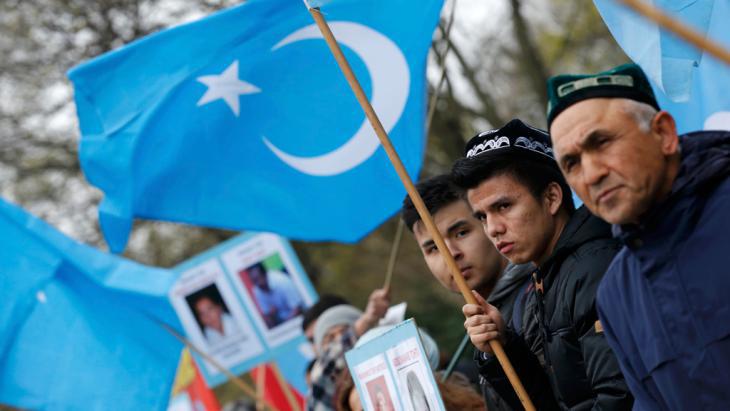 Outcry at the sentencing of Ilham Tohti. The decision by a court in China to jail civil rights activist Ilham Tohti for life has been criticised not only by members of the Uighur community in China but also by heads of government and state. Germany's chancellor Angela Merkel was unusually forthright in her criticism, pointing out in October that Tohti has always worked to improve relations between Uighurs and Han Chinese. The EU also criticised the sentence

In 2006, Tohti founded "Uighur online," a website designed to address Uighur issues. Two years later, Chinese authorities shut down the site and arrested Tohti on charges of promoting Uighur separatism. In early July 2009, major riots broke out in Xinjiang's capital, Urumqi, claiming the lives of more than 150 people. The economist was once again put under arrest and charged with inciting the violence. But mounting international pressure led the Chinese government to release Tohti a few weeks later.

"There have always been tensions between the Han Chinese and the Uighurs," said Tohti in September 2009. "But they had never led to mutual hatred. I believe that the trust between the Uighur minority and the Han Chinese is now destroyed. I also think that ethnic hatred has been taking shape. If Beijing can't bring the situation under control and continues to behave like a colonial power, we will continue to witness tragedies such as this one," he said.

Following this incident, Tohti was repeatedly placed under house arrest. By January 2014, however, the economist was back in jail. After his arrest in Beijing, he was sent to Urumqi – some 2,550 kilometres away, where Chinese prosecutors charged the 44-year-old with "separatism and inciting hatred". An incomprehensible charge, said his lawyer, Liu Xiaoyuan. "Tohti is against separatism," he told the press. "He has only talked about some of the legal and cultural issues of Xinjiang. He's against splitting the country," he added.

The proceedings lasted only two days. On 23 September 2014, he was sentenced to life in prison. Wang Lixiong regards the trial against Tohti as a big mistake. "Tohti wanted to build bridges between the Uighurs and the Han Chinese. But now, how can anyone say that the regime has a favourable policy towards Uighurs? Tohti's case will strengthen the radicals' belief that the 'Middle Way' is absolutely impossible. They will also view this as a reason to avoid this path."

This is the exact opposite of what Tohti wanted to achieve. He wanted to set an example that the "Middle Way" is indeed possible, said Wang, adding: "Now the radicals can claim they were right."

Home
Print
Newsletter
More on this topic
The Uighurs' situation: An escalation of violence in XinjiangThe Chinese regime and the Uighurs: Colonialists in their own countryChina's Muslim minority: China's battle against the Uighurs
Related Topics
Democracy and civil society, Human rights, Muslim minorities, Uighurs
All Topics

Analyst Iyad El-Baghdadi examines the ongoing tensions between the United States and the two Gulf states – Saudi Arabia and the UAE – and their geopolitical implications in ... END_OF_DOCUMENT_TOKEN_TO_BE_REPLACED

From the Euphrates to the Mekong, dams that ensure one country's water supply risk leaving others parched. But shared water resources can be a source of peace as well as conflict ... END_OF_DOCUMENT_TOKEN_TO_BE_REPLACED

For over fifty years, British photographer Peter Sanders travelled across the Middle East and further afield, seeking out the saints of Islam. His work uncovers a little-known ... END_OF_DOCUMENT_TOKEN_TO_BE_REPLACED

Europe's double standard on refugees, exposed yet again by the war in Ukraine, is morally deaf and geopolitically dumb. Europe can only defend itself by persuading developing and ... END_OF_DOCUMENT_TOKEN_TO_BE_REPLACED
Author:
Thomas Latschan
Date:
Mail:
Send via mail

END_OF_DOCUMENT_TOKEN_TO_BE_REPLACED
Social media
and networks
Subscribe to our
newsletter