Shahr-e No and power

The clients of the prostitutes in Shahr-e No were mainly from the middle, and rarely from the lower classes. Yet there were also solid connections between Shahr-e No and high-ranking officers, not to mention the Shah's inner coterie of statesmen. Some women, among them Maleke Etezadi, made a point of fostering such ties. Etezadi was descended from the Qajar dynasty. Smart, educated and ambitious, she had studied in Paris and was considered a beauty. She had affairs with a number of officers and statesmen and was in and out of the royal palace. It is alleged that she had an affair with Prime Minister Fazlollah Zahedi and may even have been the Shah's mistress for a time.

One of the most influential women in Shahr-e No was Sakine Ghasemi, called "Pari Bolande" (tall Pari). She had dealings not only with influential men and politicians, but also with figures from the criminal underworld. Ghasemi, who was the madam of a house in Shahr-e No, was rich and arrived for work in a chauffeur-driven limousine.

Mohammad Mossadegh, a figurehead of the Iranian independence movement, belonged to Iran's privileged educated class. After the fall of Reza Khan in 1941, there was a political opening in Iran. In 1949, Mossadegh and other democratic politicians founded the National Front, an initiative that principally campaigned for the country's independence from Britain. As a member of parliament and, from 1951, as prime minister, he fought for the nationalisation by law of the Iranian oil industry, which until then had been under British control. 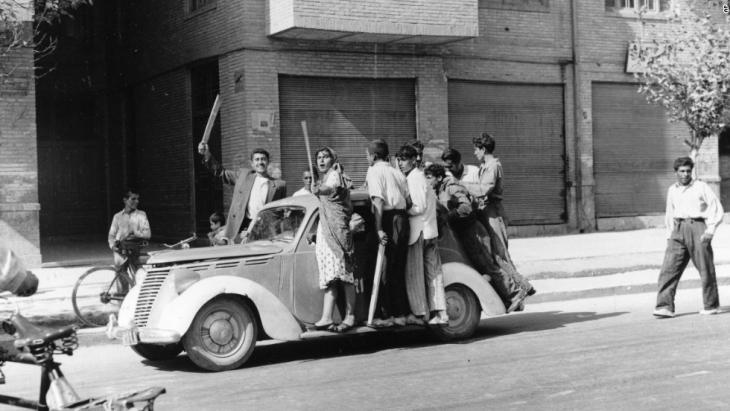 On 19 August 1953, supporters of the Shah, with organised thugs and a crowd of prostitutes from Shahr-e No, set out in private and military vehicles to bring the exiled Shah back to Iran. Maleke Etezadi and Sakine Ghasemi were among the leaders of the mob. Since the almost complete release of CIA documents in 2013, the role of U.S. intelligence in the 1953 coup is considered proven

This, however, did not sit well with the leadership of Britain and the United States. They advised the Shah to remove Mossadegh and appoint Lieutenant General Fazlollah Zahedi in his place. On 16 August 1953, Mossadegh announced that a coup against the government had been discovered and prevented. Mass demonstrations broke out in Tehran, as a result of which the Shah left Iran.

Three days later, on 19 August 1953, supporters of the Shah, with organised thugs and a crowd of prostitutes from Shahr-e No, set out in private and military vehicles to bring the exiled Shah back to Iran. Maleke Etezadi and Sakine Ghasemi were among the leaders of the mob. Since the almost complete release of CIA documents in 2013, the role of U.S. intelligence in the 1953 coup is considered proven.

Shahr-e No in art

Between 1966 and 1968, three men explored the lives of the prostitutes of Shahr-e No, including the writer and filmmaker Zakaria Hashemi in his novel "The Parrot", of which there have been several editions since.

Two years before the revolution, Hashemi himself made a film of his novel, but the Ministry of Arts and Culture under the Shah did not authorise a public screening of the film.

In 1966, Kamran Shirdel was commissioned by the Iranian Women's Organisation to make the documentary film "Ghaleh" ("The Citadel") about the lives of women in Shahr-e No.

However, the Minister of Culture intervened and put a stop to filming. Shirdel later finished his film with the help of Kaveh Golestan's photos from Shahr-e No .

The photographer and photojournalist Kaveh Golestan had made a study of women from the "citadel" from 1975 to 1977. In 2003, while working as a reporter for the BBC in the U.S. war in Iraq, he was killed in a mine explosion. A selection of his images from the prostitutes' ghetto are now on permanent display at the Tate Modern Gallery in London.

Golestan himself said of the photographs that they were to intended to feel like "a slap in the face".

Visiting the country of her parents, murdered by the Iranian regime in 1998, German-Iranian artist Parastou Forouhar finds a changed society: hopeful, strong and courageous, ... END_OF_DOCUMENT_TOKEN_TO_BE_REPLACED

Iran's president Ebrahim Raisi is overseeing an unyielding crackdown. The current situation grimly echoes his role in a purge of political prisoners in 1988 END_OF_DOCUMENT_TOKEN_TO_BE_REPLACED

Ballet performances are prohibited in Iran. In her film "1001 Nights Apart", director Sarvnaz Alambeigi documents the history of dance in the Islamic Republic. By Fahimeh Farsaie END_OF_DOCUMENT_TOKEN_TO_BE_REPLACED

Chinese President Xi Jinping's visit to Saudi Arabia in December 2022 may have rattled Washington, but it simply highlighted the Arabs’ desire to diversify their foreign relations ... END_OF_DOCUMENT_TOKEN_TO_BE_REPLACED

There are signs of an imminent normalisation of relations between Turkey and Syria. This would allow Erdogan to score political points domestically before the upcoming elections ... END_OF_DOCUMENT_TOKEN_TO_BE_REPLACED 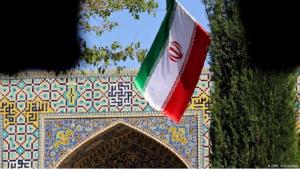 Forty-three years after Khomeini's revolution, the regime is facing its greatest internal challenge yet. State Islam in Iran is being rocked from beneath. END_OF_DOCUMENT_TOKEN_TO_BE_REPLACED
Author:
Nasrin Bassiri
Date:
Mail:
Send via mail

END_OF_DOCUMENT_TOKEN_TO_BE_REPLACED
Social media
and networks
Subscribe to our
newsletter