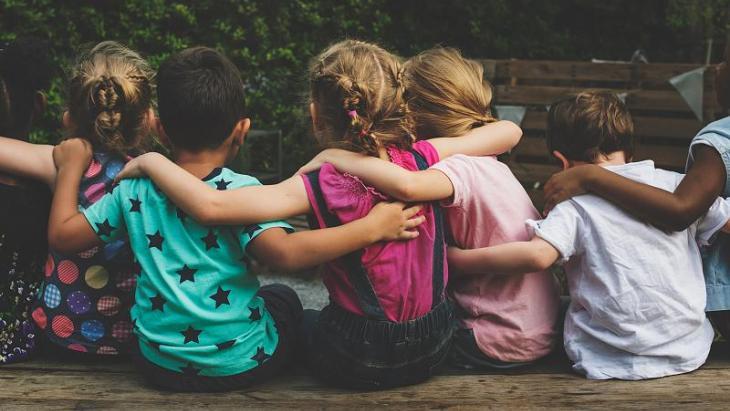 Protecting children from anti-Muslim racism
Stand up to the hate

"To be grateful for everything, that's really important, to be allowed to be in Germany" / "Not many Germans have bushy eyebrows, but you can pluck them or something like that" / "My name sounds funny to a lot of people, I've given myself a nickname, now it's not funny anymore" – are just some examples of childhood narratives characterised by marginalisation.

Children and young people who are discriminated against and excluded in their everyday lives carry this suffering around with them like an invisible package. It often dominates the reality of their lives, even when they have other packages to carry too. Each child/young person reacts differently to marginalisation and discrimination.

What is clear is that these wounds – whether they be psychological or physical – have consequences. Among other things, they can lead to children and young people withdrawing and isolating themselves; they can hinder the development of self-esteem or even destroy it; they can distort a child or young person's image of themselves, resulting in a sense of uselessness and of not belonging.

In many cases, children and young people who experience discrimination and exclusion cannot even really describe what has just happened to them. They may be afraid to tell someone about it and even more afraid of being excluded from their class community or group of friends and being stigmatised as a victim. 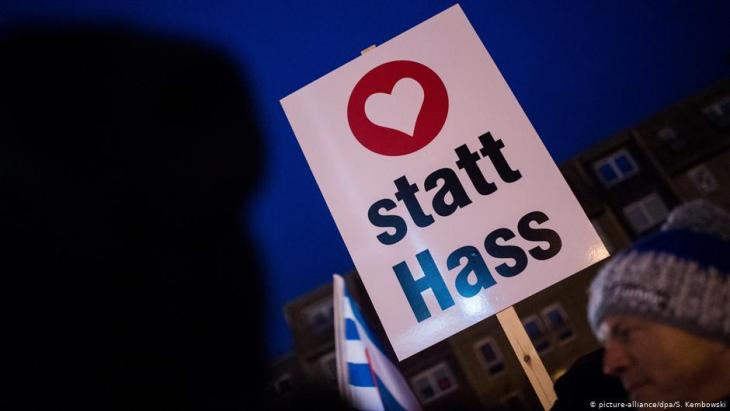 Raising awareness of the problem among teaching staff

A place where children and young people experience anti-Muslim racism is school, in some cases even pre-school. Frequently, external characteristics – such as a child/young person's clothing,  parents/relatives/friends, appearance or name – are used to determine that a child/young person is different, and can/should not be part of "our" community.

Children and young people are often unable to interpret this rejection, it is not always apparent to them whether the comments are intended as a joke or not. The discrimination may also come from a person who is otherwise considered to be safe, for example a friend.

Teaching staff must therefore be equipped to deal with such situations in order to be able to help and to confidently open the dialogue in the classroom/youth club. To this end, it is important to support teaching staff in this process, to provide them with training, to assist them and equip them with the necessary strategies to enable them to decisively counter anti-Muslim racism and all other racist phenomena. A concerted joint effort is the only way to facilitate a joint intervention and draw long-term attention to the problems – thereby supporting the process of breaking down resentment.

Children and young people should be given the tools they need to develop a healthy self-confidence and accordingly, to be able to conduct themselves through life with autonomy. Nevertheless, there are situations where it is particularly important to be actively present for children and young people. On public transport, for example, when it's standing room only on the bus and there is a tight squeeze at the rear door and a passenger reprimands a Muslim child by making a derogatory remark about his or her supposed background/appearance/religion.

Down to each and every one of us

The concerted effort to stand up for the rights and the protection of children and young people goes hand in hand with the consistent rejection of prevalent social "knowledge" about "the others"/ "the problem group" and showing children and young people through one's own actions and statements that people are characterised by their individuality, not by apparently assignable (external) features.

Established affiliation systems in a society must be dismantled, and solidarity must be shown by protecting children and young people marked out as Muslims. This also means having the courage in a variety of situations not to look the other way and not to pretend not to have heard/seen instances of racism, but instead to take a visible and vocal stand against them.

Under the hashtag #HasshatkeinHerz (#hatehasnoheart), the Day Against anti-Muslim Racism was launched on 1 July 2019. The date marks the death of Marwa El-Sherbini. El-Sherbini, an Egyptian Muslim woman resident in Germany, was murdered when she was stabbed 18 times at the Dresden district court by an ethnic German immigrant who was being tried there for verbally abusing her. The campaign aims to keep El-Sherbini's memory alive and remind people that hate is omnipresent and must be firmly repudiated with all means at our disposal.

All children and young people have the same right to equality, integrity, education, social security, freedom of speech, information, due process, protection from violence and, of course, the right to play and leisure time – without being exposed to racist assaults as they go about their lives.

Home
Print
Newsletter
More on this topic
Debate about racism: Germany is not the anti-racist model the US is looking forInterview with Mark Terkessidis: What does Black Lives Matter have to do with Germany? Racist terror in Germany: ʺNever againʺ? Let’s hope so!
Related Topics
Islamophobia, Racism | discrimination, Right-wing populism, Xenophobia
All Topics

Dalia Hatuqa is an experienced journalist who has reported on the Israeli-Palestinian conflict from Ramallah, Washington DC and Amman. A writer for Time Magazine, Foreign Affairs ... END_OF_DOCUMENT_TOKEN_TO_BE_REPLACED

Since President Abdul Fattah al-Sisi seized power in Egypt in 2013, he has ruled the country with an iron fist. Civil society, opposition and free press struggle to survive. Tens ... END_OF_DOCUMENT_TOKEN_TO_BE_REPLACED

Very different Western reactions to the suffering in Ukraine and the Arab world show that there is a profound rift among cultures. Essay by Michael Young END_OF_DOCUMENT_TOKEN_TO_BE_REPLACED

Many Turks are dissatisfied with the international status of their country. At the same time, opinion polls reveal great scepticism among the Turkish population towards the USA. ... END_OF_DOCUMENT_TOKEN_TO_BE_REPLACED

Since Spain abandoned its traditional neutrality towards the conflict in Western Sahara, Morocco has announced a "new phase" in relations between the two countries. But what is ... END_OF_DOCUMENT_TOKEN_TO_BE_REPLACED
Author:
Melanie Christina Mohr
Date:
Mail:
Send via mail

END_OF_DOCUMENT_TOKEN_TO_BE_REPLACED
Social media
and networks
Subscribe to our
newsletter