Tired of the Kiss of the Whip

Since the controversial presidential election last June, Iranian musicians of all genres have created a multi-layered song repertoire. Their songs are an attempt to come to terms with the bloody suppression of the opposition and demands for political freedom in Iran. By Jan Engelhardt 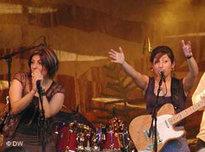 "Lay down your weapons/ Open up your hearts/ Stop fighting/ We are one!" Safoura and Melody of the Iranian rock band Abjeez

​​"You are rabble/ You are dirt and dust/ You are the black halo, you suppress and are blind/ I am the courageous hero, and this land is mine!" – Lyrics from the Iranian protest hymn "Khas o khashak" (Dirt and Dust).

Demonstrators chanted these exact words in anger last June as they spilled out on to the streets in protest at Mahmud Ahmadinejad's re-election. Since then, this description of him has rung out in a flood of protest songs that have turned against both the president and the Iranian regime.

The musical spectrum of Iranian protest songs is wide – ranging from underground rock, hip-hop, hardcore, blues, reggae, and mainstream pop to Iranian traditional music. And the interpreters of every genre have created a multi-layered repertoire of musical resistance since the presidential election in June. 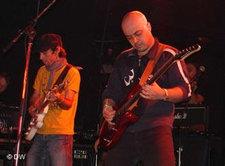 As public performances by bands critical of the regime are banned in the Islamic Republic, many groups use the Internet to reach their public. Pioneers in this area were the musicians of the rock group Ohum

​​The common denominator is their rage against the developments in Iran since the controversial re-election of Mahmud Ahmadinejad. The Internet serves as the stage for protest songs. Youtube, MySpace, music blogs, and social networks have replaced the ponderous traditional music business and directly link fans to musicians, who often live abroad.

Already in the first days of the protests in June, dozens of songs appeared expressing contempt for the regime and providing a voice for the resistance. To this day, the songs are discussed and circulated on virtual meeting places such as Internet forums, blogs, and commentary sites. With just a few clicks, many musicians are liberated from exile.

Songs of rage, irony, and reconciliation

Iranian musicians have expressed their concern about the bloody quelling of demonstrations, the suppression of the opposition, the show trials, and torture in their country. In their songs, they unite an attempt to come to terms with the events with demands for political freedom and a call to resistance. In addition to bitter, rage-filled, and even ironic protest songs, there are even those calling out for reconciliation. 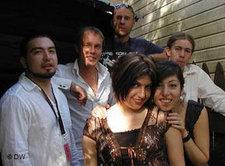 Politicized and sensitized for the popular revolt in their homeland: the Iranian rock band Abjeez

​​"Biaa" (Come) is the name of a song by the group Abjeez, which has already produced its third album. The rock band here employs drastic lyrics to attack the Basiji militia, known for using motorcycles and truncheons to disperse demonstrators.

"You, with kneepads and facemasks, truncheons and helmets/ Was that all? Bravo brother!/ Was that it with your noble-mindedness?/ Go ahead and hit, let them die, destroy, burn and take off/ God can't see your eyes behind the masks."

At the same time, the band's Swedish based frontwomen Safoura and Melody express the desire for unity among all Iranians:

"Have no fear, you are also only the dirt and dust of this land/ Take your masks off, so that you can behold the light of truth/ Empathy is a more beautiful pleasure/ The power of love is more beautiful than the love of power!"

They continue with a call for peace:

"Lay down your weapons/ Open up your hearts/ Stop fighting/ We are one!"

Whether Abjeez with its mix of reggae, rock, and flamenco manage to reach the hearts of the conservative Basiji remains more than doubtful. Yet, the band has achieved cult status among young Iranians.

The band Syndrome employs bitter irony in its sombre song "Man eteraf mikonam" (I confess) to raise the issue of the mass show trials against the opposition and their forced confessions:

"I confess to the revolution/ Moussavi's coup against the revolutionary leader/ I confess, Khatami is a hypocrite/ and subversive and perverse/ I confess, the earth is flat/ the night is day and left is right." 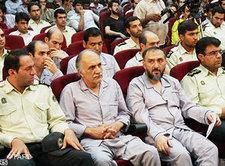 A blow to the reform movement: Show trials against Mohammad-Ali Abtahi, the former parliamentary representative of former President Khatami, among others, before a revolutionary court in Teheran

​​In the video, one sees black-and-white images of accused opposition figures in court – such as the "blogging Mullah" Abtahi and the reformist politician Hajjarian. These are interspersed with depictions of prisons and instruments of torture:

"I confess, there were no bottles or cables/ There were no ventilators or nooses/ I confess, only please don't tell my daughter/ What has happened to me." The song refers to Abtahi's daughter, who was left in the dark about the condition of her father.

The song "Khoun Baha" (Heavy Toll) is performed in a traditional style with a choir accompanied by a piano and a santur, a classical Iranian dulcimer. The lines dedicated to the killed demonstrators are the most urgent: "I swear by my last kiss/ By the fatal shot/ By the brother's fist/ By the fury of my friend/ That the price of your blood/ Is the end of this ice age!"

This song was posted on the Internet 40 days after the death of the first demonstrators, in accordance with the Shiite day of mourning for the deceased.

Iran, a cat lying on a cushion 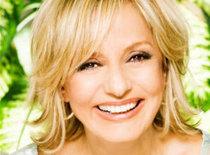 ​​Even Googoosh, the mother of Persian pop music and herself subject to a ban on performing in the Islamic Republic, has since taken a position on the protests in Iran. In "Man Hamoon Iranam" (I am the same Iran), which she released after the election, Googoosh expresses her point of view on events in her homeland:

"Tired of the kiss of the whip/ Nothing is left of me except a cage in the shape of a cat." Her homeland, often described as possessing the shape of a cat lying on a cushion, is waiting for a return of freedom and dignity:

"You said: 'We're coming back'/ That was my only friend/ You said: it and me/ Sitting and waiting, eyes open/ My dear children/ What has come of our reunion?" The video of the song shows the singer, who has been living in Los Angeles since 2000, watching images of the demonstrations in Iran.

Almost all the artists have avoided any self-promotion in their videos. Most consist of spliced-together photographs and shaky videos taken by mobile phones, and portray the demonstrations, the militias, and the violence.

A constant image is that of Neda, the face of the protest. The young woman was shot and killed in June on the edge of a demonstration in Tehran. 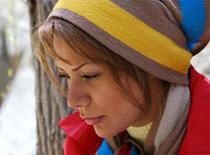 ​​Her death, filmed on a mobile telephone, became the byword for the regime's brutality, and Neda became the symbol of youthful opposition. As such, many of the protest songs are dedicated to her. The images of her death continue to be presented as the harrowing climax of many music videos.

In addition to the Hollywood-like "United for Neda", performed by Iranian pop stars living in Californian exile, musicians of all colours have elevated the young woman to an icon of the protest movement:

"Sleep, Neda, my beautiful sister/ Your soul is now my voice / You are the martyr on the way to purity/ A soldier who fought for her dignity" are the lyrics to the piano piece "Nedaye Sarzamin" (Neda, voice of my homeland).

"Martyr" and "soldier," terms that have until now been the sole property of the Islamic regime, have now been appropriated by the opposition. This only begs the questions that lie behind this battle for interpretative authority. What is Iran? Who are the true Iranians? In any case, the answer in "Nedaye Sarzamin" is clear:

"Neda, voice of my homeland/ Eternal voice of my country/ The outcry of the brave has begun/ Your voice will be the voice of Iran."

END_OF_DOCUMENT_TOKEN_TO_BE_REPLACED
Social media
and networks
Subscribe to our
newsletter