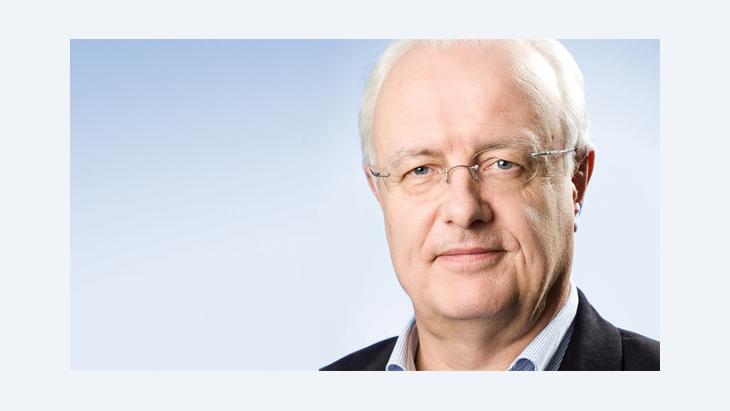 Protests across the Muslim World

''Deep mistrust towards the West''

﻿Following the violent demonstrations in Libya, Egypt and Yemen, there were protests in other Muslim countries, too. Why?

Henner Fürtig: These demonstrations are an alarming reminder of the protests that occurred in connection with the cartoons published in the Danish press. You can see a similar dynamic here. What makes this more explosive is the fact that these demonstrations took place around 9/11.

What lies behind these protests?

Fürtig: In the first place, these are spontaneous expressions of protest and outbreaks of popular anger, as we've seen both in Yemen as well as in Egypt. As far as Libya is concerned, there is a suspicion that this was a deliberate attack. That would explain the fact that the attackers were armed with anti-tank weapons.

What do these people want to achieve with their violence against the US?

Fürtig: This violent Salafist element did not come to our attention just yesterday, or even in the last few months. Its strength has increased since the Arab Spring, and it now has more political significance – partly as a result of its electoral successes. We have to be clear that the Arab Spring has resulted in developments which aren't all positive. 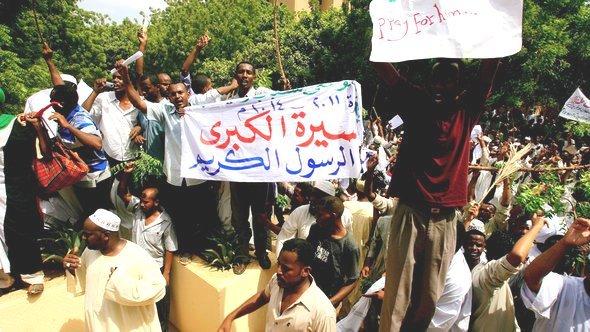 Cartoon-crisis 2.0? Germany has withdrawn some of its diplomatic staff from Sudan following Friday's attack on its embassy by protesters angered by an amateur anti-Islam video made in the US. The US has also reduced staffing at its posts

​​But in the end, these people behave the way they do out of a basic feeling connected to their deep mistrust towards the West and its intentions. Those feelings have grown over the years, over the decades, not least as a result of colonialism. But not everyone in these countries feels this way, that's not the case. It's only a small proportion, but this small proportion is very violent.

Why do these protests manage to develop such a momentum?

Fürtig: During the Arab Spring we saw a noticeable influence of one country on another, the result of the electronic revolution that has reached all corners of the world. It's no longer possible to hold back developments, since everybody knows what's happening everywhere else. What happens in a neighboring country is infectious.

In the end, it was a natural development for the people in Yemen to quickly find out what was happening in Cairo or Libya, and then become active themselves. But I think one would be grossly overestimating al Qaeda if one thought that the long hand of the terror network had carefully planned the whole thing.

How can the West appropriately react to such demonstrations?

Fürtig: You can't forecast spontaneous outbreaks. But you can't exclude them in advance, either. I think one has to be clever enough to separate cause and effect.

And what was the cause?

Fürtig: The cause was an evident provocation. And with the speed and the close connections made possible by the Internet and other electronic media nowadays, you can't really stop the results from happening, so we must live with killings and destruction in other parts of the world - but I don't see any real planning behind it all.

Professor Henner Fürtig is director of the GIGA Institute of Middle East Studies in Hamburg.

Home
Print
Newsletter
More on this topic
Protests against Mohammed film in the Arab World: Adding Grist to the Salafists' MillSalafists in Egypt: Exploiting the Weakness of the PeopleThe Arab Spring and Political Change: Are Arabs Capable of Democracy?
Related Topics
Dialogue of Religions, Islam and the West, Islamism | Political Islam, Salafis | Salafism, U.S. policy in the Middle East
All Topics

No other Western poet was arguably so well-versed in the Koran or so fascinated by Islam as Germany's national hero, Goethe. In a new publication that examines all Goethe's ... END_OF_DOCUMENT_TOKEN_TO_BE_REPLACED

A deluge of books, movies, series and cover stories: ever since the events of 9/11, the West has seemed almost manically preoccupied with Islam. Yet this has rarely led to deeper ... END_OF_DOCUMENT_TOKEN_TO_BE_REPLACED

Twenty years after 9/11, the world is faced with the dual challenge of Islamophobia and anti-Westernism. Ahmet Kuru argues that Muslims in the West, well versed in both Western ... END_OF_DOCUMENT_TOKEN_TO_BE_REPLACED

Two decades after the attacks of 11 September 2001, the West faces the shattered debris of its failure – not only in Afghanistan, but also in Iraq, Syria, Libya and Yemen. What ... END_OF_DOCUMENT_TOKEN_TO_BE_REPLACED

Twenty years after 9/11, the United States is recalibrating its war policy. However, its assertions that the era of endless wars is over are a myth, writes Maha Hilal END_OF_DOCUMENT_TOKEN_TO_BE_REPLACED

Migrants are often maligned as being responsible for Europe's problems. Yet their integration is in Europe's interest. Michael Thaidigsmann believes that a long-term vision is ... END_OF_DOCUMENT_TOKEN_TO_BE_REPLACED
Author:
Anne Allmeling
Date:
Mail:
Send via mail

END_OF_DOCUMENT_TOKEN_TO_BE_REPLACED
Social media
and networks
Subscribe to our
newsletter