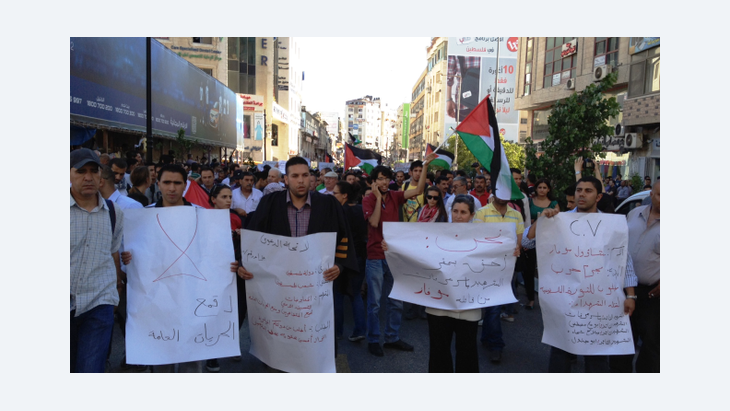 ﻿﻿Following a number of demonstrations in Ramallah, some of them brutally crushed by Palestinian police, the political future of occupied Palestinian territories is again thrown into question. By René Wildangel

While the Arab Spring has initiated far-reaching and ongoing changes in the MENA region, the situation in the Palestinian territories is generally viewed as stagnant. The peace process is clinically dead, Israel is governed by a predominantly rightwing coalition, and the Palestinians are divided by internal disputes. Despite perpetual mutual assurances, little progress is being made in the reconciliation process between Fatah and Hamas.

The Palestinian Authority, established in 1993 as a five-year interim body as part of the Oslo accords, lacks legitimacy as elections for both the presidential office and the legislative council are long overdue.

Younger Palestinians in particular have long been involved in efforts to establish a new discourse aimed at organizing "peaceful resistance" beyond the parameters of party politics. Many of these groups attempt to confront the Israeli occupation on the ground with non-violent protest, in places where the security fence cuts through Palestinian territory preventing access to it, and in places where settlers are a threat to the safety of the Palestinian population. 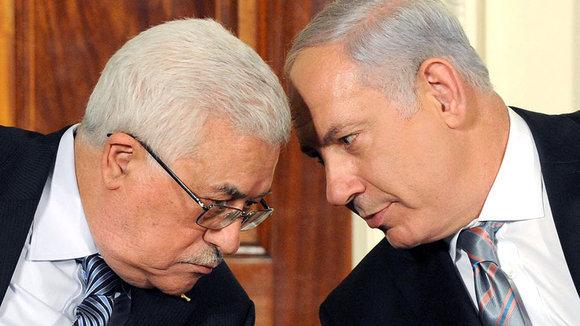 With his back to the wall: Mahmud Abbas and the Palestinian leadership are under huge pressure from the Americans and the Middle East Quartet not to sever channels of negotiation. But many Palestinians increasingly associate the PA with the occupation

​​They cite figures such as Ghandi, Martin Luther King and Nelson Mandela as their inspiration. Civil disobedience, efforts to secure a boycott and international legal channels are just some of the instruments being used in pursuit of the one declared goal, an end to the occupation.

This movement, which has turned its back on Hamas, Fatah and the other parties, is also critical of the PA, which it denounces as undemocratic and largely ineffective in bringing about an end to the occupation. The activists say all the PA is doing is administering the false reality of a Palestinian state – which remains limited to Ramallah and a few other cities, as in accordance with the Oslo treaty, just 20 percent of the West Bank is categorized as "Area A" and therefore under full Palestinian control.

A leadership without legitimacy

Although the PA officially supports the non-violent protests, the movement has apparently crossed the line with its independent course of action and its criticism of the authority. As a result in late June/early July, two demonstrations in Ramallah were violently crushed by Palestinian security forces. Another protest march passed off peacefully. The rallies were initially triggered when Palestinian President Mahmud Abbas announced that he would be holding talks with Israeli Vice Prime Minister Shaul Mofaz.

﻿On the Palestinian side, Mofaz is first and foremost associated with the Israeli Army's commando campaigns during the second Intifada, campaigns that claimed the lives of many civilian victims in Jenin and elsewhere. He is regarded by many as a politician that favours taking more interim steps rather than advocating a just solution to the conflict.

﻿The meeting has since been postponed for an indefinite period. But most no longer understand why Abbas is even considering further negotiations while settlement activity and land acquisition in the West Bank continue unabated.

Previous talks between negotiators on both sides as well as an exchange of letters between Abbas and Netanyahu have recently yielded little hope that bilateral discussions will produce concrete results. The official line is that in his letter, Abbas himself also made a halt to Israeli settlement activity – which has long been demanded by the international community - a precondition for further negotiations. 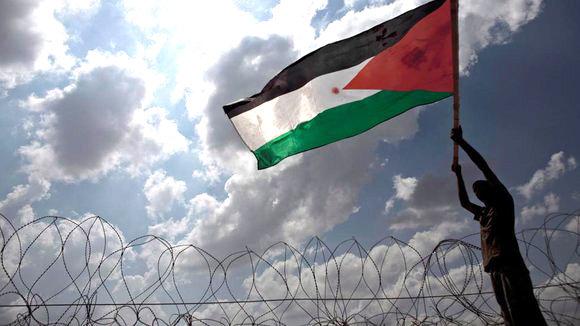 Gandhi as a role model: Civil disobedience, efforts to secure a boycott and international legal channels are just some of the instruments being used in pursuit of the one declared goal, an end to the occupation, writes René Wildangel

​​The demands of the mostly young demonstrators in Ramallah were less radical. Their central concern is that negotiations with Israel should stop. Following the brutal crackdown by police of two protest marches, which left dozens of people injured, a third demonstration took place without any violence. As well as chanting slogans such as "the people want the end of Oslo" and "the people want the liberation of Palestine", protesters also issued the warning: "Listen Abbas, no force will hold us back."

It remains unclear why the Palestinian Authority (PA) unleashed such a degree of violence on the protesters. After all, it is obvious that such an approach would not only provoke further protest, but that in the age of social media and smartphones, it would be documented right down to the last detail. This is why many observers are also assuming that the crackdown was a considered political manoeuvre.

Pressure on the Palestinian leadership, which has in any case been acting without democratic legitimacy for some time now, is evidently so great that if necessary, their rule is to be safeguarded by violent means against their own people. Although the PA has formed a commission of inquiry to investigate the incidents, public faith in this commission is so small that a number of major NGOs plan to initiate their own inquiry.

During the first half of 2012, several Internet sites were shut down and journalists who had been critical of the PA and President Abbas were arrested. All this is happening in parallel with the Arab Spring in of all places Ramallah, where Palestinian and international organizations have been working on the subject of democratisation and good governance for many years. Alarm bells should now at the very latest be ringing at the EU, which has over the past few years poured millions into training Palestinian police officers through the highly praised mission EUPOL COPPS.

The weak man in Ramallah

Abbas and the Palestinian leadership are under huge pressure – in particular from the Americans and the Middle East Quartet - not to sever channels of negotiation. But the western desire to artificially prop up the Oslo process and use it as the basis for entering into a new round of talks is an illusion – and not just in the view of many political observers. Opinion polls in recent years show increasing disappointment with how the peace process has developed in the past, in view of the continuing reality of the Israeli occupation, restrictions on movement and violence on the part of settlers and the Israeli military. 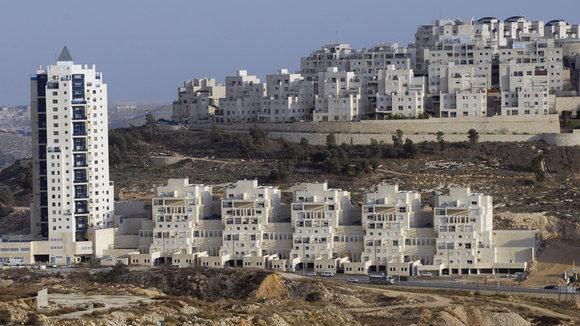 Demand for justice: Most Palestinians no longer understand why Abbas is considering further negotiations while Israel aggressively pursues its settlement policy in the West Bank

​​For months now already, Abbas has become the weak man in Ramallah by dint of the increasing association of the PA with the occupation. Despite his former achievements, many Palestinians now dispute his legitimacy and doubt his political strategy.

The PA's current financial crisis, which meant it could not pay its employees in June, is adding to the malaise. Rather than moving to bolster Abbas politically, the international community is making every effort to weaken him: His only trump card, for example - his bid for full UN membership - has faced fierce opposition from the US, Israel and from some EU member states. More recently, there was even strong opposition to the inclusion of the Nativity Church in Bethlehem on the list of UNESCO world heritage sites in danger, to prevent the Palestinians from gaining any political capital from the move.

But no state can be made without political capital, not even to maintain the status quo. The PA has been seriously weakened. With its back to the wall, it is even ready to take a stand against its own people if necessary.

The means by which many mostly young Palestinians are increasingly attempting to demand their rights are at most half-heartedly supported by the PA, if not perceived as a hostile act: These include the popular boycott movement against Israel and an attempt to coordinate civil resistance against the occupation and its consequences, for example with weekly demonstrations in communities dramatically affected by the security fence and settler violence.

It remains uncertain exactly how this frustration will be channelled in the immediate future. The Israeli occupation may well be the main focus of the protests at present, but if the Palestinian leadership continues to act in a manner that is so evidently disengaged from the prevailing political mood, domestic tensions are bound to be exacerbated. The question of what form a "third intifada" might take – a prospect currently being raised by some analysts and journalists – remains just as speculative as the question of whether a kind of "Palestinian Spring" might sweep the PA out of office.

What is absolutely clear is the Palestinians' total loss of faith in the Oslo process and its aftermath. If the international community seeks to contribute to a de-escalation in tension, it must recognize this and cease supporting the PA in the establishment of a police state, and instead support Palestinian civil society in asserting its democratic rights and in its peaceful efforts to secure an end to the occupation.

Algeria‘s regime is again cracking down on anti-fracking activists and the unemployed in the country‘s south. Yet EU countries remain keen to scale up their energy cooperation ... END_OF_DOCUMENT_TOKEN_TO_BE_REPLACED

Anti-Semitic motifs have no place at Germany’s documenta art show or anywhere else in the world, stresses Meron Mendel, director of the Anne Frank Educational Centre in Frankfurt ... END_OF_DOCUMENT_TOKEN_TO_BE_REPLACED

Fifty-five years after Israel began occupying Palestinian lands, it is more difficult than ever to imagine a way out. The seeds of the two-state solution that were planted by ... END_OF_DOCUMENT_TOKEN_TO_BE_REPLACED

Yazan Khalili is spokesman for The Question of Funding, a collective of artists taking part in the leading German contemporary art festival Documenta 15. Here, he responds to ... END_OF_DOCUMENT_TOKEN_TO_BE_REPLACED

When times are tough, the exchange of ideas and perspectives becomes especially important. It takes dialogue. And at Deutsche Welle, we need distributors and cooperative partners ... END_OF_DOCUMENT_TOKEN_TO_BE_REPLACED

Every week, Jewish, Christian and Muslim youths meet to sing together. And they do so in the middle of a city where Israelis and Palestinians are often at loggerheads. Anja Koch ... END_OF_DOCUMENT_TOKEN_TO_BE_REPLACED
Author:
René Wildangel
Date:
Mail:
Send via mail

END_OF_DOCUMENT_TOKEN_TO_BE_REPLACED
Social media
and networks
Subscribe to our
newsletter