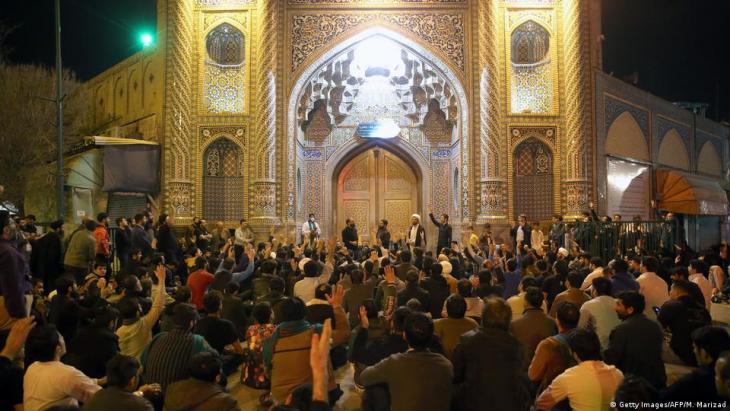 Iranians do not want an Islam that interferes. They are fed up with a system that manipulates people with simple promises of salvation and anti-Western propaganda. Islamic theologian Hamideh Mohagheghi sees Iran at a religious crossroads

"Many Iranians no longer want an Islam that is obsessed with conformity and rules. Here the system has achieved exactly the opposite of what it wanted," she told Germany’s Catholic News Agency (KNA) in an interview on Wednesday, referring to the current protests.

In Iran, she said, people were turning away from a state-imposed faith "that constantly interferes in individual areas of life that have nothing to do with faith". Instead, they were finding new ways of spirituality. Spiritual Islam was deeply rooted in the population, even among young people opposing the system, said the German-Iranian who teaches at the University of Paderborn.

Unlike in 2009 or 2019, the protests this time were "very concretely ignited by the headscarf requirement", the theologian said, adding that in the Koran, the female head covering was merely a recommendation, not an obligation. 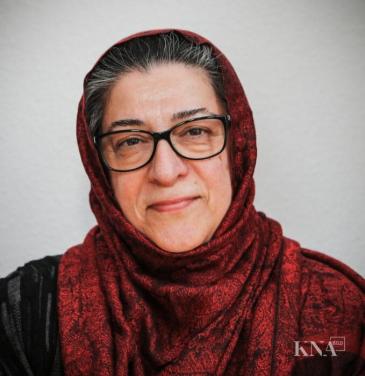 More people than ever before have joined the protests: "Women in particular are now demanding their rights more courageously than ever, many educated Iranians are demonstrating, but the protest is also coming from the wider population, including the lower classes," says Mohagheghi. Nevertheless, millions of impoverished people remain satisfied with small state subsidies and allow their vote to be bought. "They think their poverty is a ticket to paradise," adds Mohagheghi

Never before had so many people taken their anger at the system to the streets throughout the country, she added: "Women in particular are now demanding their rights more courageously than ever, many educated Iranians are demonstrating, but the protest is also coming from the wider population, including the lower classes."

However, the government continued to have support among the population, and not just among the Revolutionary Guards, which also controlled the economy, or the "unscrupulous" Basij forces.

Millions of impoverished people were satisfied with small state subsidies and allowed their vote to be bought. "They think their poverty is a ticket to paradise," said Mohagheghi. The system manipulated these people with simple promises of salvation and anti-Western propaganda.

The nationwide protests in Iran were triggered by the death of the young Kurdish woman Mahsa Amini in mid-September.

She was arrested by the Iranian morality police for not wearing her headscarf according to government standards and died shortly afterwards in custody.

The police said she had a heart attack, but there were reports on social media that Amini had been beaten during her arrest.

Protests erupted across the country. Human rights activists say more than 450 demonstrators have been killed so far.

Short movies nominated for an Oscar often don't get wide public attention. But when one is about an Iranian girl seeking freedom from male domination by taking off her veil, ... END_OF_DOCUMENT_TOKEN_TO_BE_REPLACED

World-famous Iranian film director Jafar Panahi has been incarcerated for several months, even though Iran's Supreme Court overturned the verdict against him. Now, he has gone on ... END_OF_DOCUMENT_TOKEN_TO_BE_REPLACED

Young women are driving forward the protests against the Iranian regime, which have been going on for months. Literature provides clues as to why that should be, and why the ... END_OF_DOCUMENT_TOKEN_TO_BE_REPLACED

Visiting the country of her parents, murdered by the Iranian regime in 1998, German-Iranian artist Parastou Forouhar finds a changed society: hopeful, strong and courageous, ... END_OF_DOCUMENT_TOKEN_TO_BE_REPLACED

Ballet performances are prohibited in Iran. In her film "1001 Nights Apart", director Sarvnaz Alambeigi documents the history of dance in the Islamic Republic. By Fahimeh Farsaie END_OF_DOCUMENT_TOKEN_TO_BE_REPLACED

Iran's president Ebrahim Raisi is overseeing an unyielding crackdown. The current situation grimly echoes his role in a purge of political prisoners in 1988 END_OF_DOCUMENT_TOKEN_TO_BE_REPLACED
Date:
Mail:
Send via mail

END_OF_DOCUMENT_TOKEN_TO_BE_REPLACED
Social media
and networks
Subscribe to our
newsletter