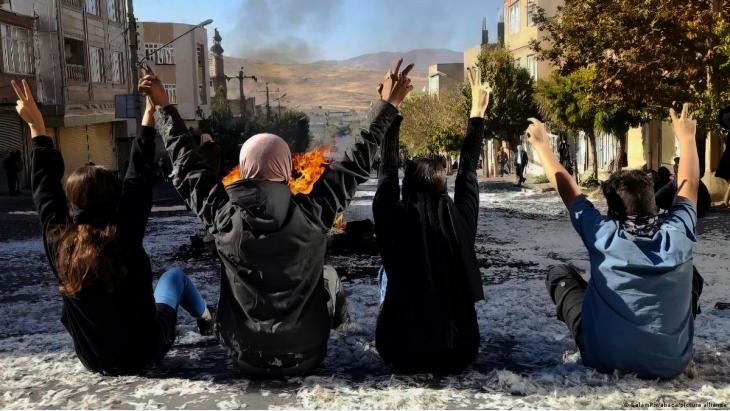 According to a recent survey, half of all Iranians say that they have left Islam as a religion, while two-thirds believe Islamic law should be excluded from their legal system. In the following essay, Ahmet T. Kuru explores the implications

Secularist regimes dominated the Muslim world in the 1970s. The Islamic Revolution of 1979 in Iran emerged as both the symptom and trigger of a new trend – legal Islamisation. Today, Muslim-majority countries find themselves at another critical juncture as a new secularist trend gathers momentum. And, once again, Iran is the symbol of change, as recent protests show. These protests have deep social roots. Iran’s semi-republican theocracy has produced the least religious society in the Muslim world, as evidenced by a survey carried out by Gamaan.org in June 2020.

Nineteen seventies secularism failed to produce democracy in the Muslim world, and the current trend will be no different unless secularists change their authoritarian attitude. Whether they will truly embrace democratic pluralism remains uncertain. What is certain is that the promotion of Islamic law, or Sharia, as the state law has exacerbated the problem of authoritarianism in many countries.

Of the 50 Muslim countries in existence today, three-fifths either have constitutions referring to Sharia as the sole legal source or mixed systems that combine both Sharia and secular laws. All of these countries are authoritarian. They follow the provisions of Islamic criminal law, such as those punishing apostasy and blasphemy, and Islamic family law, favouring men over women in marriage, divorce and inheritance. 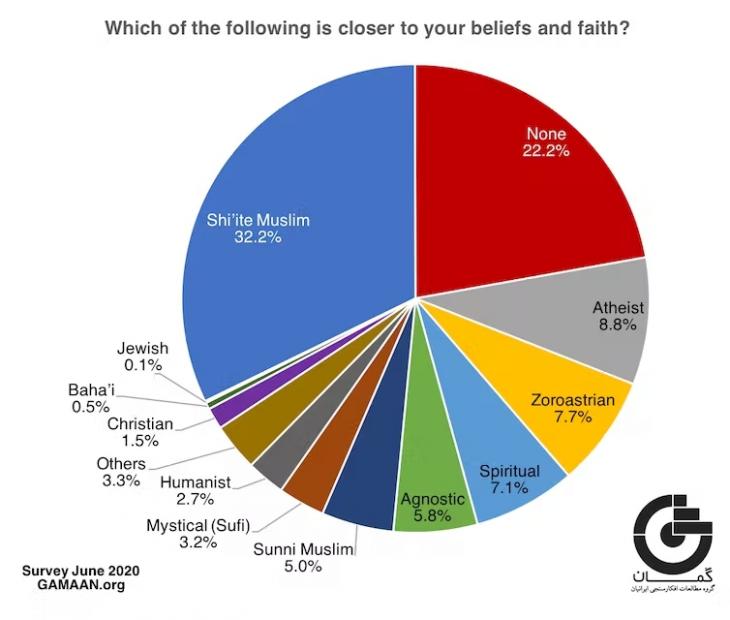 The Islamic Revolution of 1979 in Iran emerged as both the symptom and trigger of a new trend – legal Islamisation. There the ulema was given not only legislative and judicial, but executive power as well. It was based on Ayatollah Ruhollah Khomeini’s idea of the guardianship of the jurist (velayat-e faqih). Today, as a new secularist trend gathers momentum across the Islamic world, Iran is once again the symbol of change, as recent protests show. The unrest has deep social roots. Iran’s semi-republican theocracy has produced the least religious society in the Muslim world

The remaining two-fifths of Muslim countries have constitutions that display varying degrees of secularism. They do not have apostasy/blasphemy laws and they are less discriminatory towards women. Nonetheless, only six of these secular states are electoral democracies. Hence, a secular constitution is necessary but insufficient for democratisation. From Iran to Turkey, Islamists rose to power by criticising secularist autocrats. Yet, their Islamic agendas now appear even more authoritarian, especially when they promote Sharia.

Sharia: law of the ulema

The tension between Sharia and democracy derives from the dominant method of Islamic law, which defines Islam as a set of legal rules guiding Muslims' lives entirely. Formulated by a ninth-century scholar, this method defines the sources of Islamic law as four: the Koran, hadiths (records of Prophet Muhammad’s words and actions), consensus (ijma) of the Islamic scholars, and analogical reasoning (qiyas). All Sunni schools of law embrace this method, and so do Shia Muslims, bar a few details.

How is one to convey the history of Islamic images of Muhammad freed from today’s polarised politics? What are the challenges and pinch points of this particular academic ... END_OF_DOCUMENT_TOKEN_TO_BE_REPLACED

The devaluation of the Egyptian pound combined with rising food prices is taking its toll on Egypt. More and more people are slipping into poverty. Karim El-Gawhary reports from ... END_OF_DOCUMENT_TOKEN_TO_BE_REPLACED

Chinese President Xi Jinping's visit to Saudi Arabia in December 2022 may have rattled Washington, but it simply highlighted the Arabs’ desire to diversify their foreign relations ... END_OF_DOCUMENT_TOKEN_TO_BE_REPLACED

Lebanon was long viewed as the Switzerland of the Middle East. Until relatively recently, billions were deposited in its banks. Gulf states were among the foremost investors in ... END_OF_DOCUMENT_TOKEN_TO_BE_REPLACED

Protests by Western activists at the FIFA World Cup may have backfired and sparked a backlash against gay, lesbian and queer communities in Qatar, critics say. By Cathrin Schaer END_OF_DOCUMENT_TOKEN_TO_BE_REPLACED

END_OF_DOCUMENT_TOKEN_TO_BE_REPLACED
Social media
and networks
Subscribe to our
newsletter