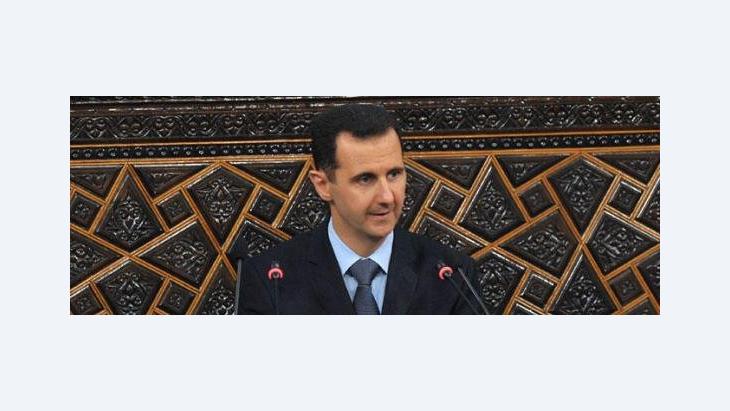 Protests in Syria
In the Clutches of the Assad Clan

﻿The Assad clan rules Syria with no restrictions. And now the anti-reformist hardliners have apparently gained the upper hand in the family assembly. They include Maher al-Assad, the brother of the President, feared for his acts of brutality against members of the opposition. By Rudolph Chimelli

"Maher, you coward, send your troops to the Golan!" called the residents of the Syrian city of Deraa, as soldiers from the fourth tank division beat back their protests. Maher is a younger brother of President Bashar al-Assad and the commander of this elite troop. Because it is made up of Alawites, members of the same Shiite minority to which the presidential family belongs, this guarantees an absolute loyalty that makes it optimally suited to the task of protecting the Syrian rulers. Confrontation with the Israeli army on the occupied Golan Heights is not one of unit's primary duties.

Another militia allied to Maher is the "Young Men", or Shabbiha, estimated to number around 10,000 and responsible for bullying opponents of the regime after the unrest in Deraa in the south spread to other parts of the country. This unit also recruits its members in the Alawite mountains of north-western Syria. 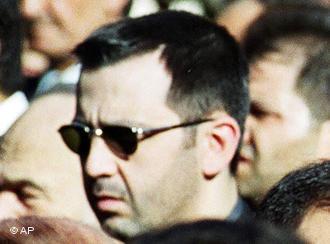 Feared by the people for his brutality: Rather than the President, many Syrians believe Maher al-Assad is largely responsible for the harsh repression of the protest movement

​​There are signs that hardline representatives in the presidential clan have asserted themselves against advocates of cautious reforms. The decision to quell the protests, according to well-informed sources, was taken in late March during an extended Assad family council session – and the head of state finally decided to go along with it. The only speech that he's given since the outbreak of the unrest sounded like a result of this wrangling.

For this speech, Bashar al-Assad did not adopt a ceremonial pose in front of a row of flags, as Arab heads of state tend to do when they address the nation. His tone was chatty and he spoke in front of the relatively insignificant parliament, occasionally laughing at his own jokes and only alluding to reforms in an abstract way, just as he did when he took office almost 11 years ago.

To the malcontents, ensuing announcements that the veil ban for teachers had been reversed and that several hundred thousand stateless Kurds had been awarded Syrian citizenship appeared to be nothing more than cosmetic fix.

There are plenty of other signs that a political struggle is being played out within the regime. In March for example, the official news agency Sana published the text of a presidential decree issuing an amnesty for political prisoners. The report was withdrawn two hours later, ostensibly "for revision" – but it was never republished. 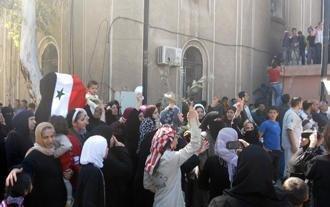 Key stage victory for the protest movement, or just political window dressing by the Assad clan? The Syrian regime has lift emergency laws that have been in place for 48 years

​​In an interview with the television broadcaster al-Arabiya, which is in Saudi ownership, the Editor-in-Chief of the newspaper "Tishrin", Samira Masalmeh said that the soldiers who had shot and killed protesters in Deraa must be called to account. She invoked the ban on violence against demonstrators declared by Assad himself. The journalist was promptly sacked.

Conversely, on one particular morning the Ministry of Information prevented the distribution of an edition of the newspaper "al-Watan". Its editor-in-chief had made an emotional appeal to regime loyalists to counter the opposition's "armed groups" everywhere, "on the street, in the mosques, in cafés, on the Internet". The newspaper was back on the stands by the afternoon. It belongs to the oligarch Rami Makhlouf, a cousin of the President who presides over a considerable chunk of the Syrian economy. To critics, he's the most prominent symbol of how political power is intermeshed with financial interests in Syria. He's also aligned with the hardline camp.

But Assef Shawkat, deputy chief of staff and head of the Syria's military intelligence, is an even more important figure. He is married to Bushra, the President's sister. She was the favourite child of President Assad senior, and the Assad family strongly disapproved of the young pharmacist's romance with an officer who was 10 years older and already had children from a previous marriage. Bushra's brother Basil, designated to succeed his father as head of state, had the suitor locked up no less than four times to prevent the couple meeting. But Basil was killed in a car accident, and Shawkat and Bushra were able to elope and finally marry.

An end to the Assads' monopoly on power: Tens of thousands of Syrians across the country took to the streets again last Sunday (17 April) to protest against the authoritarian regime

​​When ophthalmologist Bashar al-Assad returned from London to be groomed as future president, he and Shawkat became friends. Shawkat was quick to ascend through the ranks and was intermittently regarded as the most powerful figure in Syria. His status was momentarily dented by two errors: He knew too little about the Israeli air attack on a suspected nuclear facility in northern Syria, and he was not able to prevent the death of Imad Mughniyeh, security chief of the Lebanese Hezbollah movement, who was killed in a car bomb attack in Damascus in the year 2008. On one occasion, Maher al-Assad shot Shawkat in the leg in a personal argument. The two have long since reconciled their differences.

German investigator Detlev Mehlis believes that both Maher and Shawkat were responsible for instigating the murder of the former Lebanese prime minister Rafik al-Hariri.

Maher was also considered as a successor to President Assad senior, but was then apparently deemed to be "too impulsive" and taken out of the running.

Human rights groups have in their possession a video of Maher al-Assad following the crushing of a revolt in Sednaya prison near Damascus, an operation he ordered in the year 2008. The video shows him walking through the rubble, taking pictures of the horribly mangled bodies of political prisoners with his mobile phone. Many Syrians are fearful of his brutality and believe that rather he than the President is largely responsible for the harsh repression of the protest movement.

Plans for Neom, the futuristic ecocity in Saudi Arabia's desert, are taking shape. In the form of a straight line, for nine million inhabitants. Merely a pipe-dream? Commentary by ... END_OF_DOCUMENT_TOKEN_TO_BE_REPLACED

It is possible to write about the Holocaust and the crimes of colonial powers without downplaying anything. In her latest book, Charlotte Wiedemann focuses on the numerous blind ... END_OF_DOCUMENT_TOKEN_TO_BE_REPLACED

Internet giant Google is creating a "cloud region" in Saudi Arabia. It says it will protect users there. But digital rights activists say the firm will be putting the lives of ... END_OF_DOCUMENT_TOKEN_TO_BE_REPLACED

This year Annemarie Schimmel, the great German scholar of Islamic studies, would have turned 100. Unique within the German and international academic community of her time, ... END_OF_DOCUMENT_TOKEN_TO_BE_REPLACED

In this essay, renowned Lebanese journalist and writer Hazem Saghieh asks whether the Arab Levant, which stretches from Iraq in the east to Egypt in the west, will remain an ... END_OF_DOCUMENT_TOKEN_TO_BE_REPLACED

Comments for this article: In the Clutches of the Assad Clan

Why is here a German Investigation in this conflict? The Germans should not make up themselves being a mother of Human Rights!!!
Looking at the shameful demonstrations against Atomics and the very latest uprise against Stuttgart 21 where also Human Rights are trampled by the Authorities.
Syria should figure out their conflict on their own hands and should understand that time does not pause

You cannot compare the situation in Germany with the one in Syria, man. In Stugart a couple of people got hit in the face and a mean dose of trashing, which is a disgrace, granted. But in Syria, people carrying white sheets as a sign of their peaceful intent get shot by the hundreds. Blood on the streets of Homs by shot-dead peaceful unarmed demonstrators. And why shouln't a journalist from Germany (or from any country indeed) call a spade a spade and critzice the crimes of the Bashad regime?

END_OF_DOCUMENT_TOKEN_TO_BE_REPLACED
Social media
and networks
Subscribe to our
newsletter