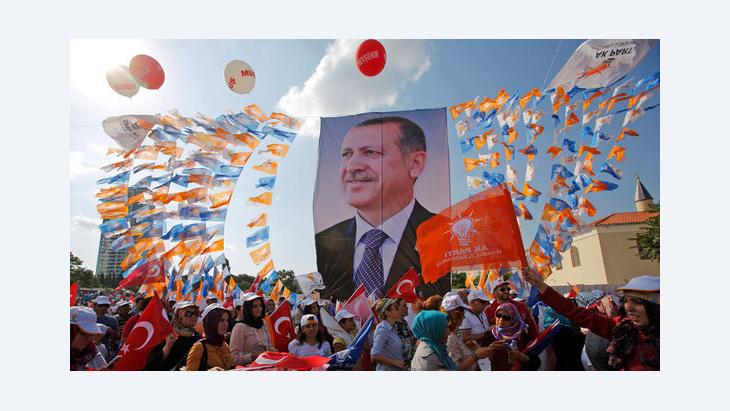 ﻿For the first time in the history of Turkey, an increasingly confident civil society is peacefully calling for more freedom and, so far, the military has not got involved. This is a completely new experience for Turkey, writes Cemal Karakas

It is still unclear how current events in and around Istanbul's Gezi Park will progress and what political effects they will have, but several important developments can already be noted.

It all began with a handful of environmentalists and Istanbul residents protesting against the gentrification of their neighbourhood. Others joined the demonstrations in the wake of the row, primarily from the left-wing political milieu as well as intellectuals, liberals, secular Muslims, atheists, Alevis and Kurds.

The number of young people among the protesters is conspicuously high. Some three-quarters of those involved are no older than 30. Most of the young women taking part in the rallies are not wearing headscarves, but a small number are.

The protesters are all united in their dismay at Turkish Prime Minister Recep Tayyip Erdogan's authoritarian and intimidating style of governance – in particular his government's restrictions on the freedom of expression, which have, among other things, resulted in the phenomenon of self-censorship in Turkey.

Equally problematic are Erdogan's arrogant rhetoric, which denigrates the maturity and intelligence of the demonstrators, and his Islamic stance on questions of morality. With regard to the latter, the fact that Erdogan and the leaders of his Justice and Development Party (AKP) are avowed majority Sunni Muslims is not the problem, but the fact that they claim interpretational sovereignty over both the public and private domain.

When members of the AKP describe ballet as "degenerate" art, when the consumption of alcohol is being systematically hampered or when the Prime Minister describes Caesarean sections or double-barrelled surnames for women as "un-Islamic", all of this fuels fears that Turkey is undergoing a process of "Iranisation". 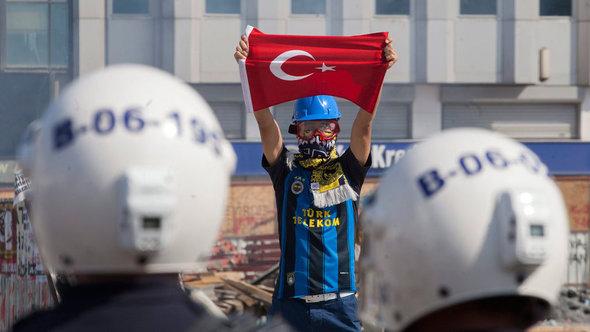 A demonstrator in Taksim Square defiantly faces police: on 17 June, the Turkish government said for the first time that it may call in the military to end nearly three weeks of unrest by protesters in Istanbul and other cities

However, it is still too early to describe this as a national protest movement encompassing all social groups, trade unions and sectors of the economy. As justified as the protesters' criticisms may be, it should not be forgotten that the AKP government was democratically elected and according to opinion polls, most people in Turkey continue to disapprove of the protest movement.

Erdogan's AKP has won an absolute majority in three successive free elections, latterly in 2011 with almost 50 per cent of the vote. A 10 per cent hurdle for parliamentary participation has meant that since 2002, the AKP has been able to form a single-party government.

The demonstrators know that the AKP cannot be voted out by democratic means – and their resulting frustration and sense of powerlessness has been evident in the latest protests.

The frustration felt by many young Turks is comparable with the situation in Germany after 16 years of Helmut Kohl. The Erasmus/Facebook generation has only ever known this one conservative Islamic government and now wants political change.

Their views are countered by the religious-conservative majority population as well as many members of the older generation who still remember the Turkey of the 1990s – a country in the shadow of a open civil war against the Kurdish underground organisation, the PKK, and a time when inflation ran at more than 120 per cent and many practising Muslims suffered discrimination on the labour market.

The AKP can claim credit for initiating a process of democratisation that triggered the start of EU membership negotiations in 2005, for its reform of social welfare systems, which included – among other things – the introduction of a statutory health insurance, and for an economic policy that has resulted in a near quadrupling of per capita income since 2002. These developments have benefited almost all sections of society. 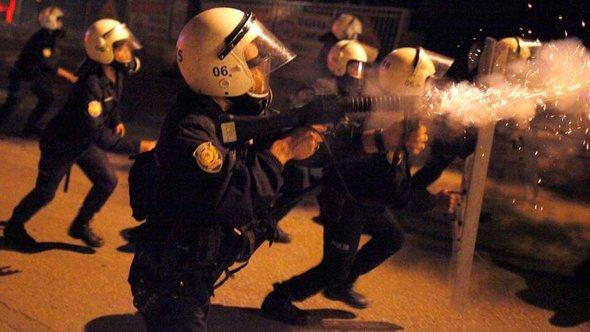 Crackdown: Turkish trade unions have called a strike to protest against the police crackdown on demonstrators; about 500 people have been arrested, an estimated 5,000 injured and four killed since the unrest began

But democratic legitimisation does not necessarily guarantee democratic conduct. When Erdogan defends his political patronage and his aggressive rhetoric, one thing becomes clear above all else: democracy is not perceived as a universal value affording rights and freedoms to those who hold a different view, but rather as a tool that above all allows one to impose one's own preferences.

Here, two points should be noted. Both concern the intrinsic and extrinsic dimension of the democratisation process in Turkey and partially explain the actions of the AKP.

Firstly, Turkey is a "defective" democracy. The central problem of its political system is structural, and has less to do with those operating within it. This political system is characterised by the Ottoman-Kemalist legacy or perception of statehood, which explains the omnipotent character of the centralist state.

In addition, (majority) Sunni Islam and Turkish nationalism are officially promoted as traits that foster an identity with the aim of scotching any emancipation efforts by Kurds and Alevis. These structural features are an expression of Kemalism, the doctrine of founding father Atatürk, and are to this day enshrined in the constitution.

Moreover, the Kemalist perception of republicanism does not stress the relevance of res publica, of the community, but the superior status of state sovereignty and its organs over the sovereignty of the people. This gives rise to the paternalistic character of the state, the "devlet baba" (which can be translated as "father state"), as opposed to its citizens, who are largely regarded as immature. 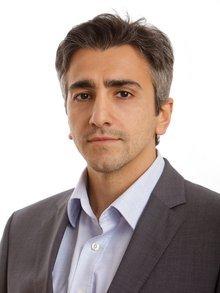 Dr Cemal Karakas is a political scientist employed at the Hessen Foundation for Peace and Conflict Research (HSFK). His special focus areas are Turkey, political Islam, European integration and the external promotion of democracy in theory and practice

​​Other structural peculiarities of this perception of democracy are an insufficient division of power and the highest electoral hurdle in Europe (10 per cent), which seeks to guarantee political stability at the expense of greater political participation.

Although the AKP did not create these Kemalist defects in the Turkish democratic system, it benefits from them by using them to further its own interests and – despite election pledges to the contrary – by doing nothing to rid the system of these structural deficits.

Secondly, the EU reform process has ground to a halt. The key blame for this has less to do with Ankara's refusal to recognise Cyprus and more to do with the religious-cultural instrumentalisation of Turkish accession by mainly Christian-democratic conservative parties and the debate over a "privileged partnership" – a stance that has been in evidence for many years.

Not only has this overturned the EU's policy of conditionality, it has also served to alienate people in Turkey. As a result, EU membership is no longer a vote-winning issue. It is especially bizarre that of all entities, the EU, which has not initiated any new membership negotiations for several years, is now lecturing Turkey on questions of democracy and values.

On a positive note, for the first time in the history of Turkey, a conflict between the government and an increasingly confident civil society is being conducted without the intervention of the military, which has been largely politically disempowered by the AKP government. This is a good thing; a democracy must be able to withstand and deal with conflicts of this nature within the civilian framework. What does, however, require further scrutiny here is the role of the police, which has used excessive force against the demonstrators.

The way Turkey deals with this protest will influence Ankara's much-cited exemplary role in the context of the Arab Spring. If the conflict escalates or grows into a national protest movement, the government will not be able to avoid bringing forward parliamentary elections currently scheduled for 2015.

Whether or not a new government would contribute to a qualitative consolidation of democracy in Turkey remains a vague hope. Here too, every nation deserves the government it elects.

Home
Print
Newsletter
More on this topic
Gezi Protests in Turkey: A Libertarian and Unifying MovementProtests in Turkey: Erdogan Braces Himself for a ''Civilian Coup''Protests in Turkey: A Turkish Spring with a Leftist BentProtests against Construction Projects in Istanbul: A Government Addicted to Superlatives
Related Topics
Abdullah Gul, Democracy and civil society, Freedom of the press, Gezi Park protests, Istanbul, Justice and Development party (Turkey), Recep Tayyip Erdogan, Turkey and the EU
All Topics

How is one to convey the history of Islamic images of Muhammad freed from today’s polarised politics? What are the challenges and pinch points of this particular academic ... END_OF_DOCUMENT_TOKEN_TO_BE_REPLACED

A Tunisian farmer attaches a machine to a cow's udder and sets the pump whirring, but he only expects to fetch less than half the normal amount of milk amid soaring fodder prices END_OF_DOCUMENT_TOKEN_TO_BE_REPLACED

Food prices doubled, salaries halved, banks restricting withdrawals: Egyptians now have the same problems as the Lebanese. But if things get worse here, the fallout will be far ... END_OF_DOCUMENT_TOKEN_TO_BE_REPLACED

Any reconciliation between Turkey and Syria’s Assad regime would have disastrous consequences for many Syrians, explains Syria expert Kristin Helberg END_OF_DOCUMENT_TOKEN_TO_BE_REPLACED

Iraq bears the scars of decades of conflict and has seen its antiquities plundered, yet the House of Manuscripts' collection has managed to survive END_OF_DOCUMENT_TOKEN_TO_BE_REPLACED

END_OF_DOCUMENT_TOKEN_TO_BE_REPLACED
Social media
and networks
Subscribe to our
newsletter