Throughout the month of October, several cities across the West Bank, Gaza and Israel have been hosting the Qalandiya International Palestinian contemporary arts festival. This year, it explores the central theme of "return" through visual arts, photography, multimedia and performance. Showcasing the work of more than 100 international and local artists, the biennial festival has become the largest gathering of Palestinian and international artists in the Occupied Territories since it was first established six years ago. By Ylenia Gostoli 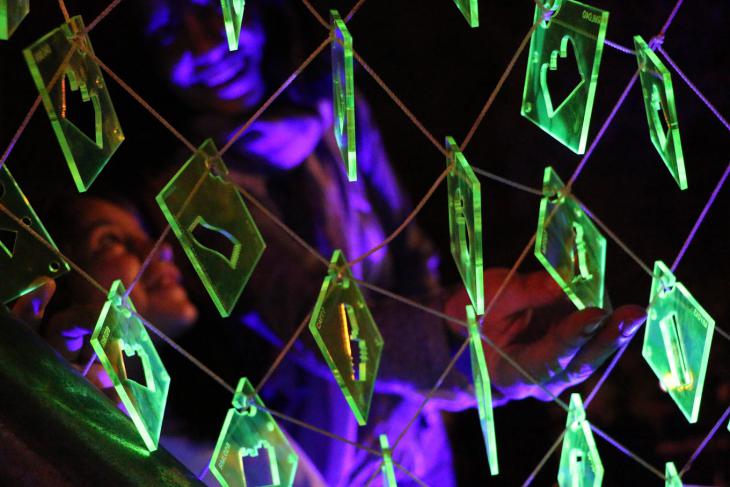 "The Memory Matrix" is a temporary public space intervention by Bosnian-Austrian artist and architectural historian Azra Aksamija. Thousands of Plexiglas pixels are arranged in order to give a digital physical image of aspects of destroyed heritage. Each pixel was designed by project participants and contains outlines of buildings and destroyed cultural heritage 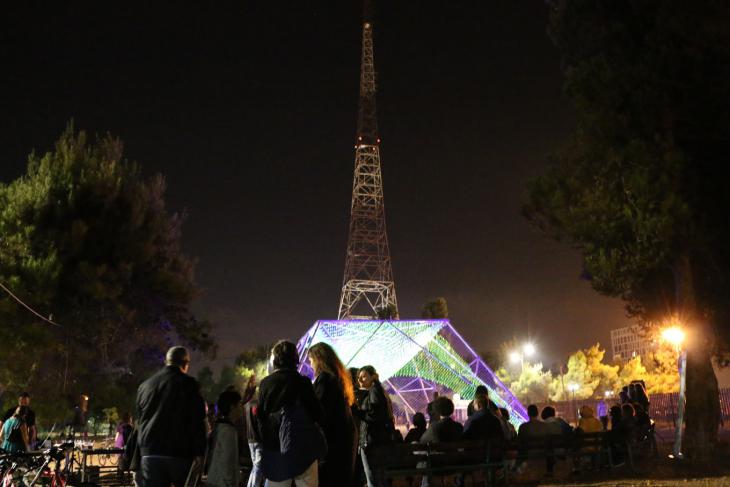 The first version, built at the MIT campus, reconstructed the Palmyra arch destroyed by the IS last October. In Ramallah, it took the shape and place of Palestine′s second-largest antenna, erected in the late thirties and destroyed in 2011. In perspective, it creates an image of another icon of modernity and of the history of broadcasting, as well as a symbol of statehood – the Eiffel Tower 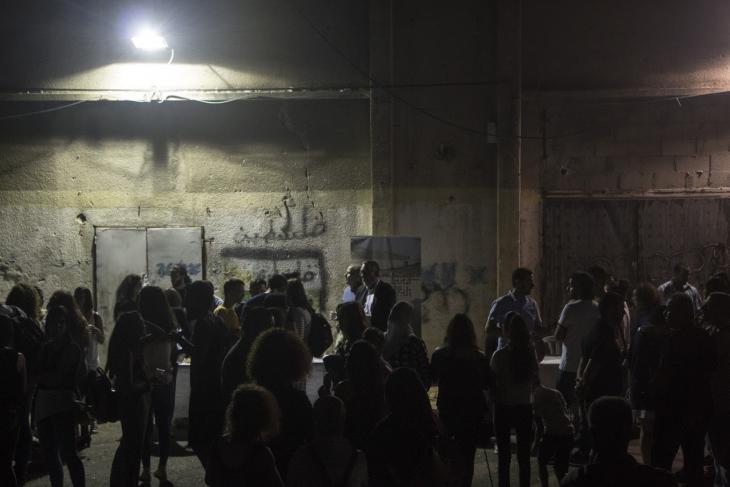 The festival opened at the Arab Cultural Centre in Haifa with a photographic and video exhibition called "People of the Sea", highlighting narratives of Palestinian separation from the sea after 1948 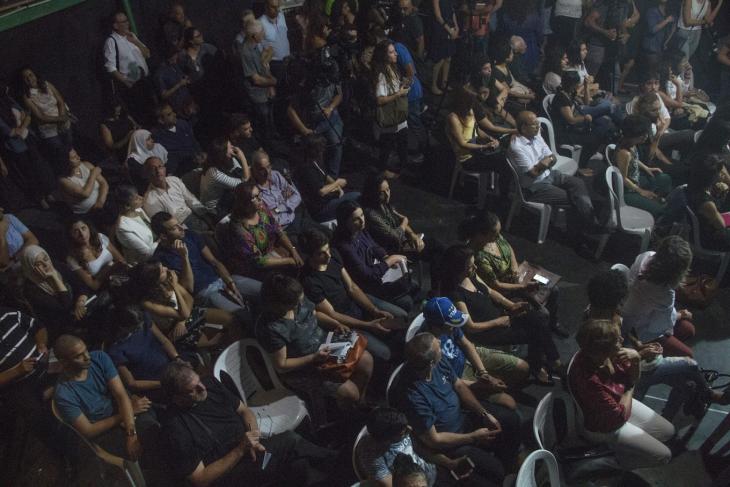 "Working [in Beirut, Amman and London] was important because it bridges with the diaspora Palestinians and states that Palestine is not about a particular geography. And that links with the theme of return. From a historical perspective, return is the antithesis to the Nakba. But it could be to any point in time, be it the past, present, or the future," says Jack Persakian, director of Jerusalem′s Al Ma′mal Foundation and part of the festival′s steering committee 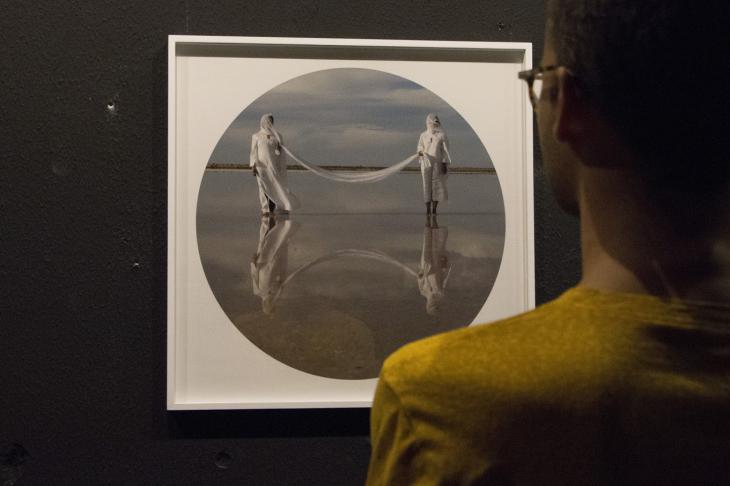 In his photographic work, Tarek Al Ghoussein investigates the formation of identity in the context of loss and inaccessibility to an imagined "homeland". Using the sea as his main visual theme, he reconstructs allegorical scenarios for the walls and checkpoints erected in the Occupied Palestinian Territories 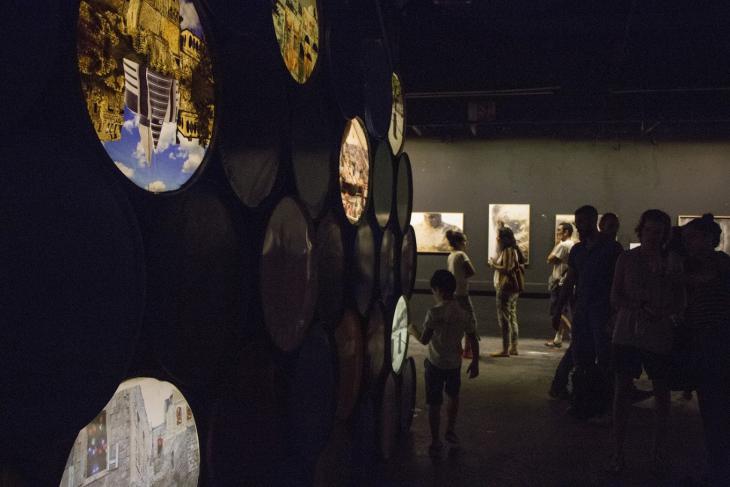 "Corner Stone" by Manal Mahamid, from a Palestinian town in the Haifa district, northern Israel, engages with the Palestinian history of Haifa. Her installation consists of oil barrels containing altered historical archive photographs of the city. The barrels are a symbol of the British colonial regime and its oil industry 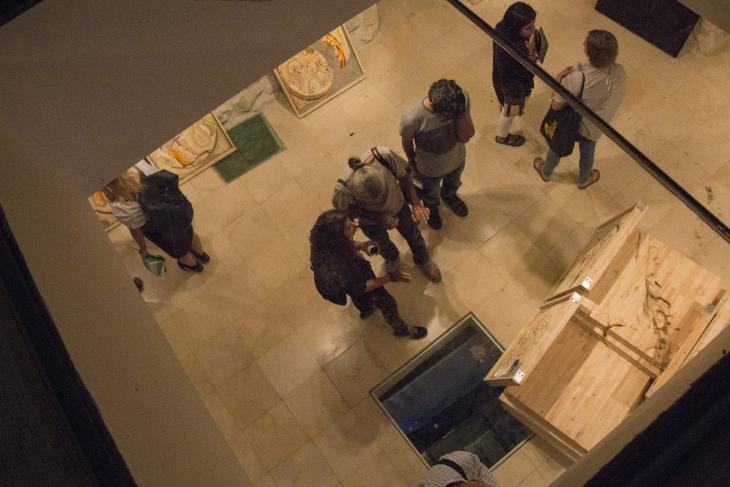 The Jerusalem Show VIII Before and After, organised by the Al Ma′mal Foundation in the Old City, explores the theme of return from the Jerusalem perspective. Over 30 Palestinian and international artists question the idea of "origins", "contouring the relations of modernity, colonisation, property and territorial belonging" 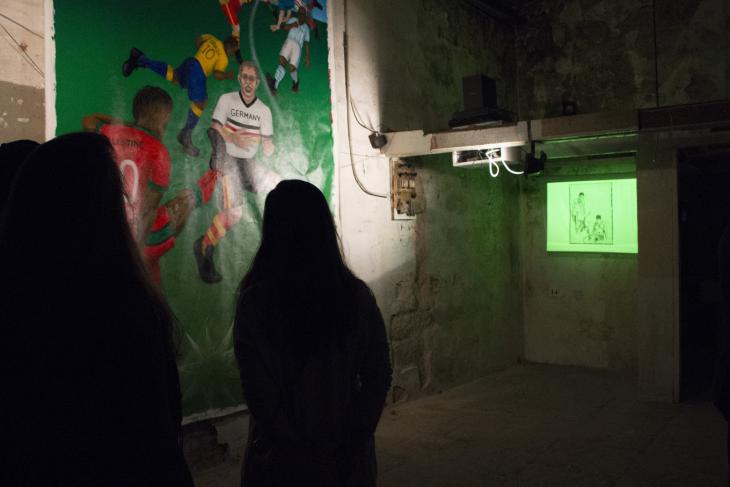 Gordon Hookey, a Waanji Aboriginal artist from Australia, paints a scene from a mural that was planned to be painted on the wall in Shuafat refugee camp, Jerusalem, in which the Palestinian national football team scores a winning goal 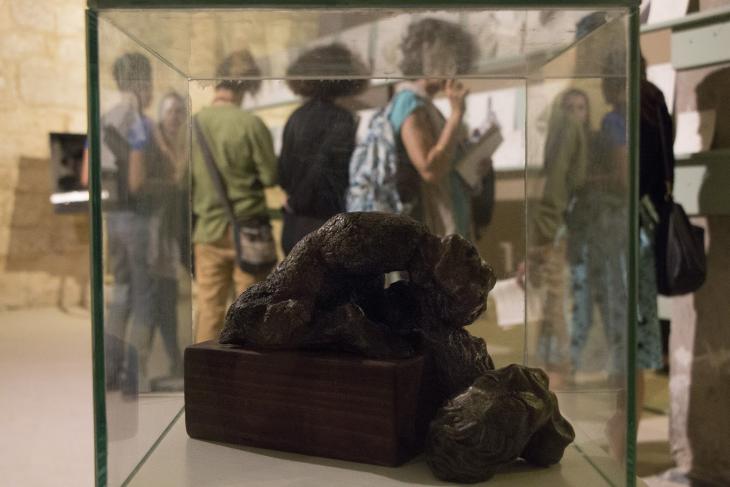 "A Hair Tie", a small bronze sculpture by Randa Maddah, an artist from the Occupied Golan Heights, like much of her work reflects upon the Syrian conflict as it unfolds just across a fence from her home town, the Syrian Arab village of Majdal Shams 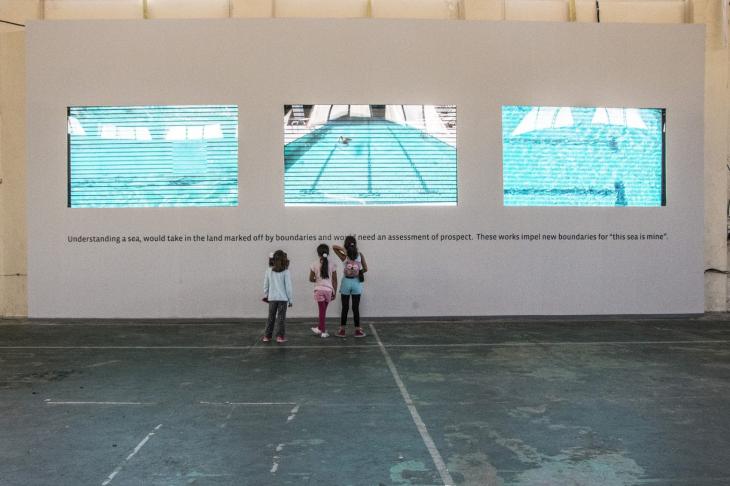 "Tilted", curated by MinRASY PROJECTS, is exhibited at a community sports centre in Ramallah and on two outdoor public billboards. "There is a tilt that happened here, an interrogation of why matters are conducted as they are" 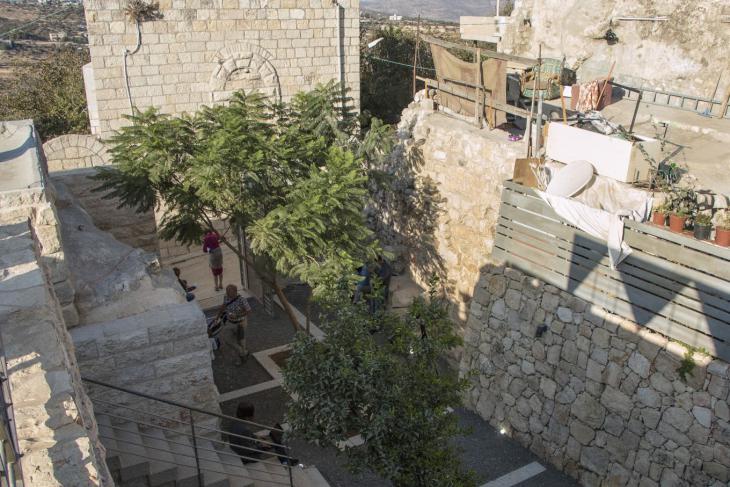 Riwaq, an organisation dedicated to preserving Palestinian collective memory through projects that document and restore architectural heritage sites across the West Bank and Gaza, opened its exhibition at Hosh Al-Etem, in the town of Birzeit near Ramallah, a building they restored in 2011 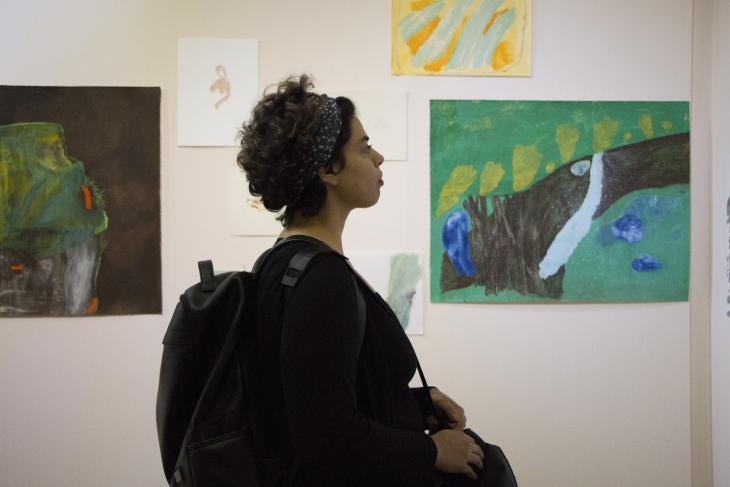 Young artist Mirna Bamieh attends the opening of Jumana Emil Abboud′s solo exhibition at the Khalil Sakakini Cultural Centre in Ramallah, entitled "Oh Whale, Don′t Swallow Our Moon". Abboud uses different media, including video and painting, as well as everyday objects, to deal conceptually and aesthetically with Palestinian folktales, weaving them "into a contemporary aesthetic language as a way to present unarticulated social and political trauma" 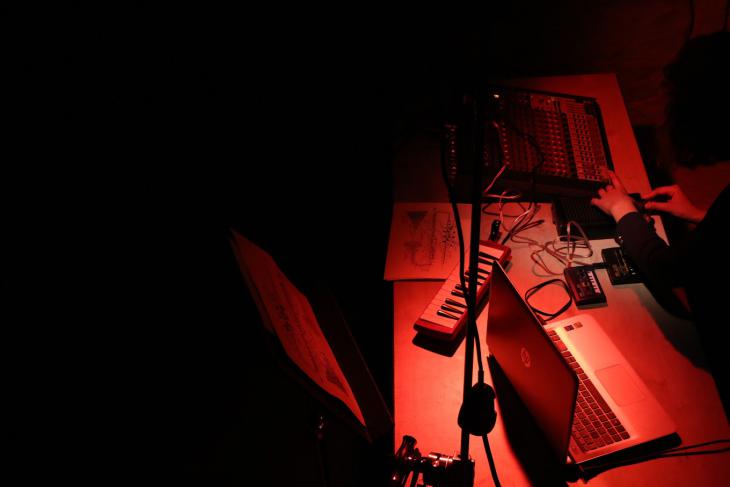 Asma Ghanem′s sound performance is part of the Pattern Recognition exhibition, bringing together work from nine artists shortlisted for the Young Artist of the Year Award 2016, supported by the A.M. Qattan Foundation. Ghanem was awarded third place at a ceremony in Ramallah

END_OF_DOCUMENT_TOKEN_TO_BE_REPLACED
Social media
and networks
Subscribe to our
newsletter