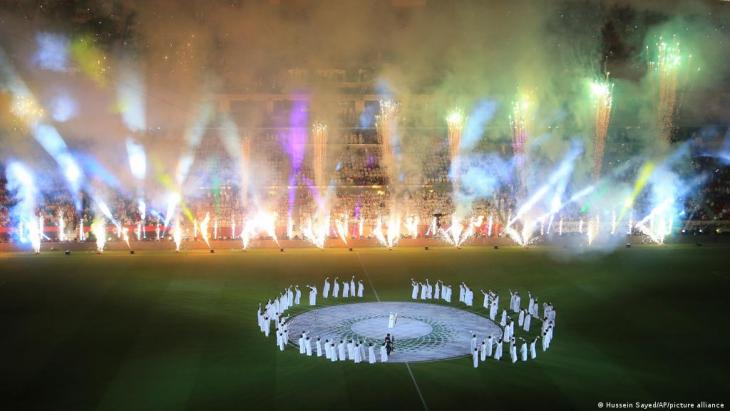 Qatar and FIFA World Cup 2022
The limits of liberalisation

Qatar’s hosting gig may have propelled the country into the international spotlight and impacted the domestic debate on social reform, but has there been any lasting progress? By Alainna Liloia

The 2022 FIFA World Cup, which will run from 20 November to 18 December, is fast approaching, as Qatar prepares to host massive numbers of spectators and tourists. Much of the discussion surrounding the event in Western media has focused on concerns for LGBTQ+ visitors, the treatment of migrant labourers and rules regarding the consumption of alcohol. Yet, as leaders across the Gulf experiment with social and economic liberalisation, the upcoming games and resulting international pressures are testing the limits of reform and social change in Qatar.

Qatar's nation-building strategies have always centred on preserving an Islamic national identity, with the state maintaining conservative social policies to symbolise its commitment to Islam. At the same time, however, the state has elevated increasingly moderate interpretations of Islam in the 21st century to facilitate liberalisation, holding that commitment to Islam need not preclude social change or modernisation. 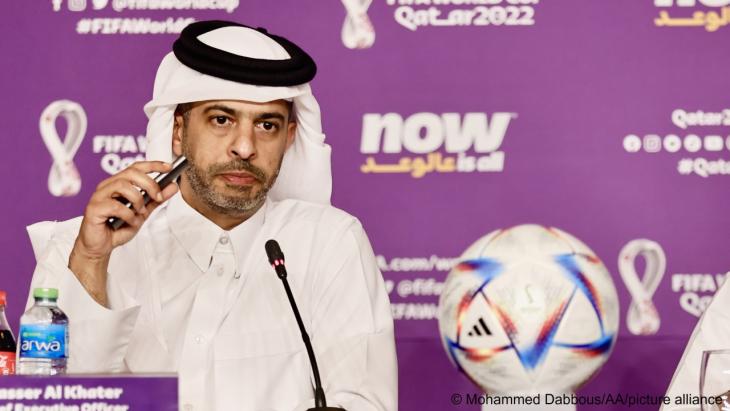 'A safe and tolerant country for all': referencing the "scrutiny" his country has faced, Nasser Al Khater, chief executive of the tournament's organising committee, said, "If it's something that’s going to be a catalyst for change, we're all for it." Recently, Al Khater further reinforced this position when asked about Qatar's position on fans who display the rainbow flag, maintaining that "everyone is welcome here. . . all we ask is for people to be respectful of the culture"

The upcoming games have tested just how much change Qatar can tolerate. There has been an intense backlash from Western human rights groups stemming from allegations surrounding the treatment of migrant labourers working to build the World Cup stadiums, along with the country's laws forbidding homosexuality. Moreover, logistical concerns about alcohol consumption throughout the games have also been a source of public discussion, leading Qatar to announce accommodation that will allow visitors to drink alcohol in designated areas.

Qatar's response to this criticism reflects its efforts to balance conservative pressures with ambitions to amass soft power and boost economic development. For example, the government has made efforts to reform the migrant labour system since 2017, including passing legislation in 2020 setting a minimum wage for migrant workers and abolishing the need for employer permission when changing change jobs. 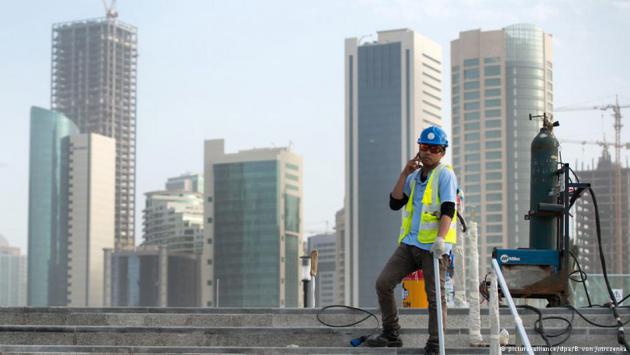 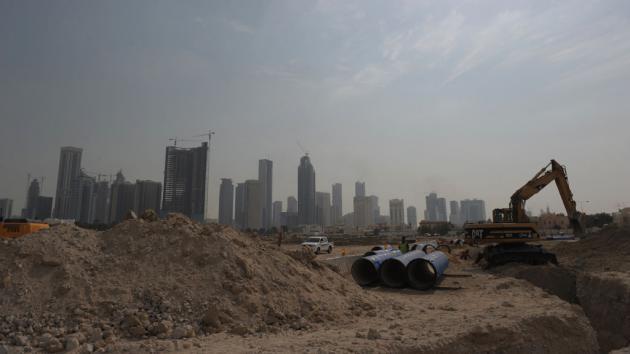 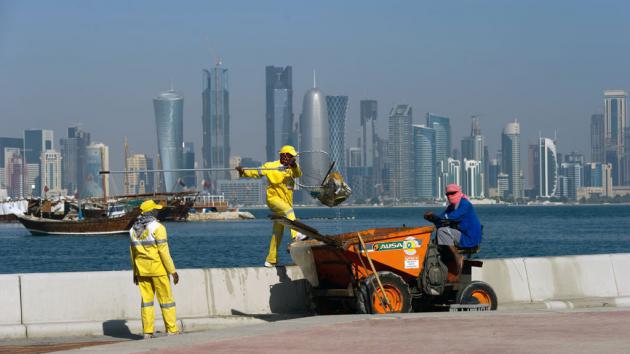 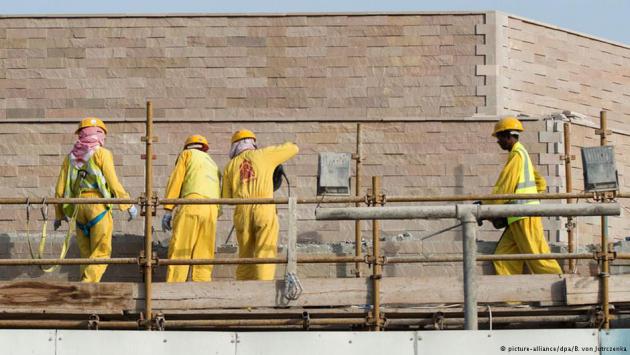 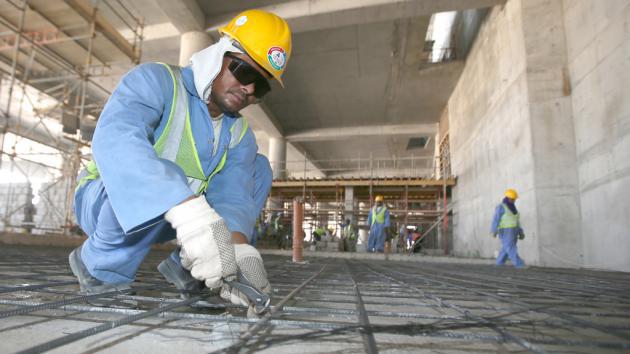 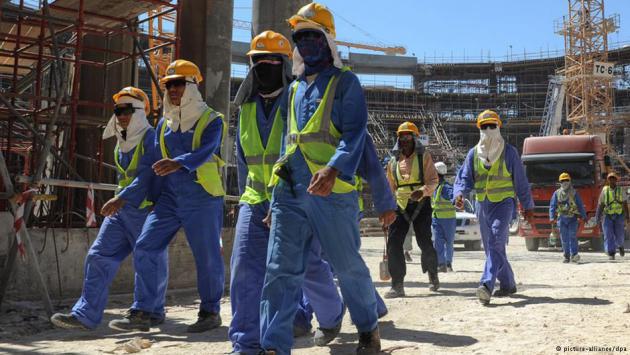 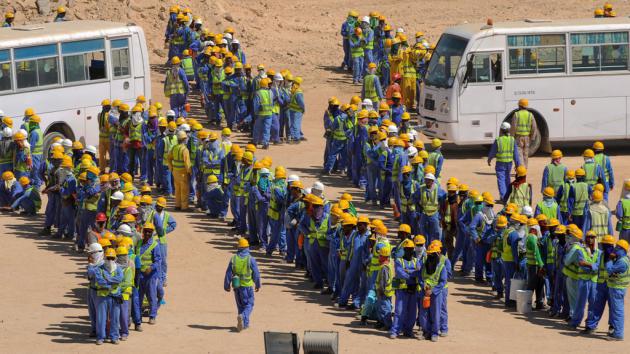 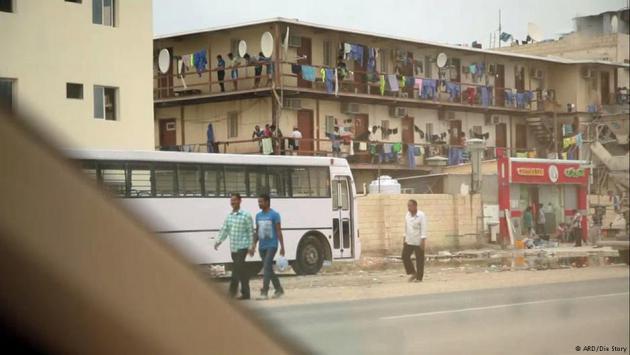 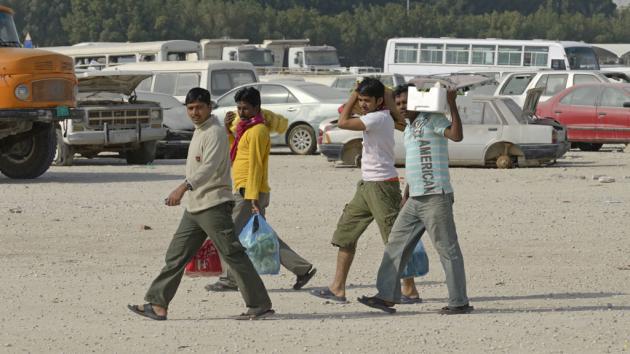 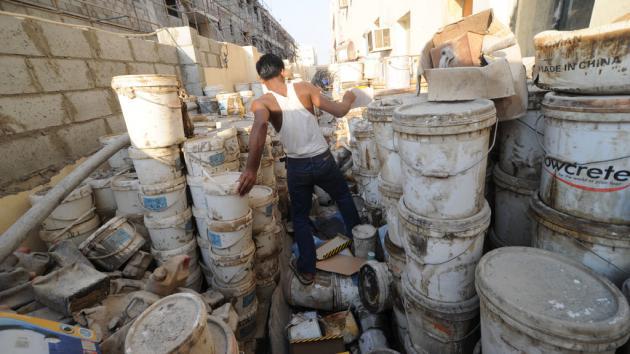 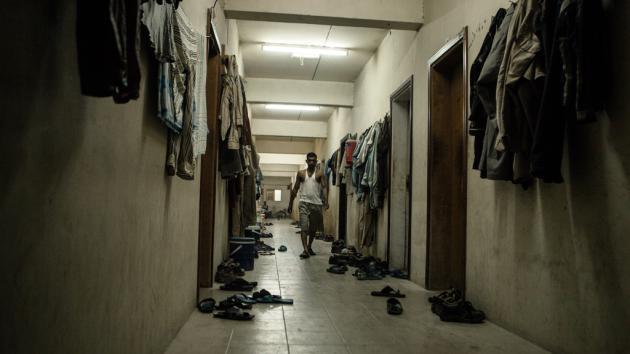 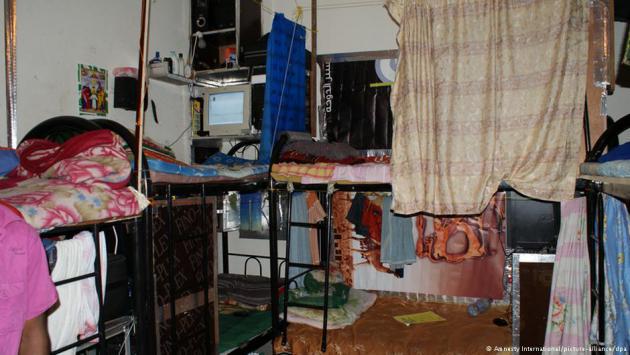 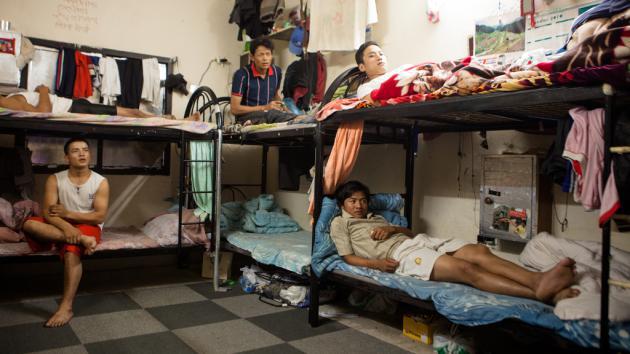 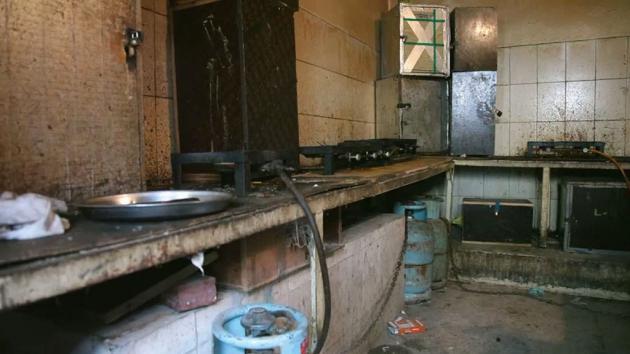 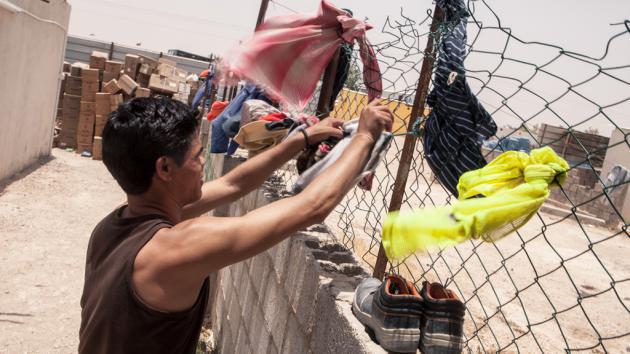 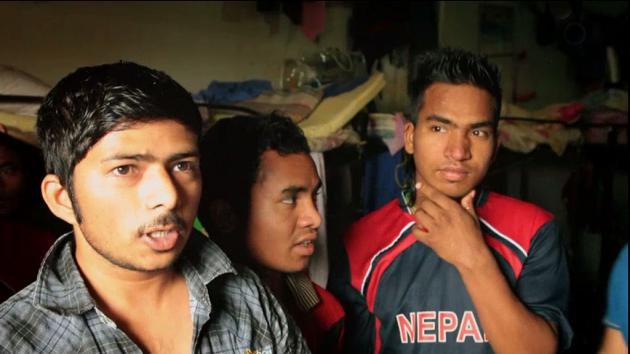 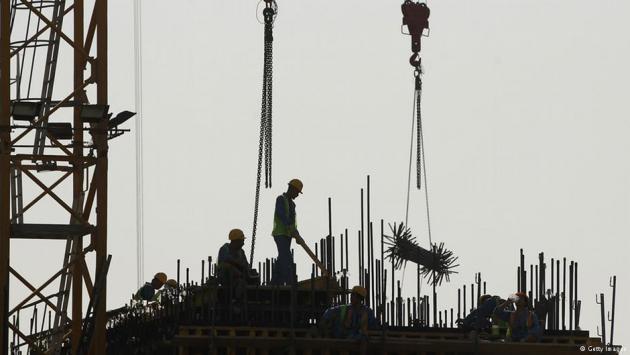 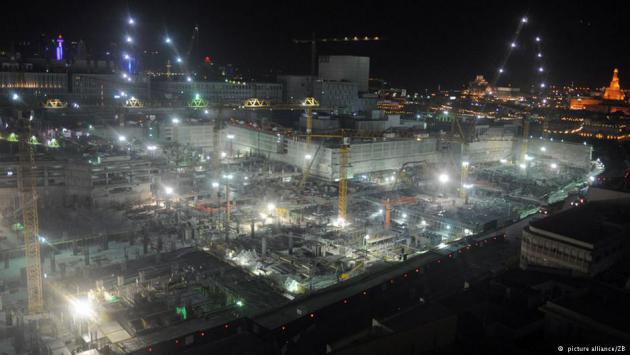 Meanwhile, Qatari officials have also responded publicly to concerns for the safety of LGBTQ+ fans and athletes at the tournament. In response to an openly gay Australian football player who expressed fears about participating, the chief executive of the tournament's organising committee, Nasser Al Khater, described Qatar as a tolerant and safe country for all.

Referencing the "scrutiny" his country has faced, he said, "If it's something that’s going to be a catalyst for change, we're all for it." Recently, Al Khater further reinforced this position when asked about Qatar's position on fans who display the rainbow flag, maintaining that "everyone is welcome here. . . all we ask is for people to be respectful of the culture."

While Qatar's response has been criticised by Western media as evasive, Qatari officials discussing LGBTQ+ issues directly is unprecedented and reflects a desire to use the games as a diplomatic opportunity. Of course, conservative forces opposed to reform continue to place limits on how far Qatari leaders are willing to go in implementing change.

The domestic backlash has included a citizen group releasing an infographic on Twitter, asking tourists to respect Qatari culture by avoiding behaviours like "drinking alcohol", "immodesty", and "homosexuality".

Qatari leaders quickly identified the post as disinformation, when many assumed it had been approved by the government. Nonetheless, there is a growing debate among the Qatari public on social issues, and some would like to see Qatar enact more progressive policies.

As the World Cup nears, international pressure has not yet been enough to push Qatar's approach to social change beyond outward-facing rhetoric and performative reform. Rather, the spotlight the event has placed on Qatar has drawn attention to tensions among conservative domestic forces and Qatari officials focused on the pursuit of diplomatic power – a battle which is likely to continue after the football fans leave in December.

Alainna Liloia is a researcher and writer specialising in human rights and women’s issues in the Gulf countries. She recently completed her doctorate in Middle Eastern and North African Studies at the University of Arizona.

Past attempts to reconcile logic and belief within Islam tend to be dismissed today – not because they lack merit, but because they were politically defeated, argues Mustafa Akyol END_OF_DOCUMENT_TOKEN_TO_BE_REPLACED

November 2022 sees the Arab world firmly in the spotlight with the COP27 in Egypt and the FIFA World Cup in Qatar. Public trust in MENA governments is weak, thanks to their ... END_OF_DOCUMENT_TOKEN_TO_BE_REPLACED

Lamya Kaddor, MP for Germany’s Green Party, visited Qatar with a group of parliamentarians. In interview with Claudia Mende, she advocates a differentiated picture and urges that ... END_OF_DOCUMENT_TOKEN_TO_BE_REPLACED

"Rebel Game: The Power of Football in the Middle East and the Qatar World Cup", an anthology published by Middle East researchers Jan Busse and Rene Wildangel, takes the upcoming ... END_OF_DOCUMENT_TOKEN_TO_BE_REPLACED

After a two-year hiatus, the Arab League re-convened at the beginning of November in Algiers against a backdrop of uncertainty and discord. By Pierre Boussel END_OF_DOCUMENT_TOKEN_TO_BE_REPLACED

Germany needs a strategy when brokering deals with countries like Qatar, Saudi Arabia or the United Arab Emirates that allows it to maintain its own moral compass. By Sebastian ... END_OF_DOCUMENT_TOKEN_TO_BE_REPLACED
Author:
Alainna Liloia
Date:
Mail:
Send via mail

END_OF_DOCUMENT_TOKEN_TO_BE_REPLACED
Social media
and networks
Subscribe to our
newsletter