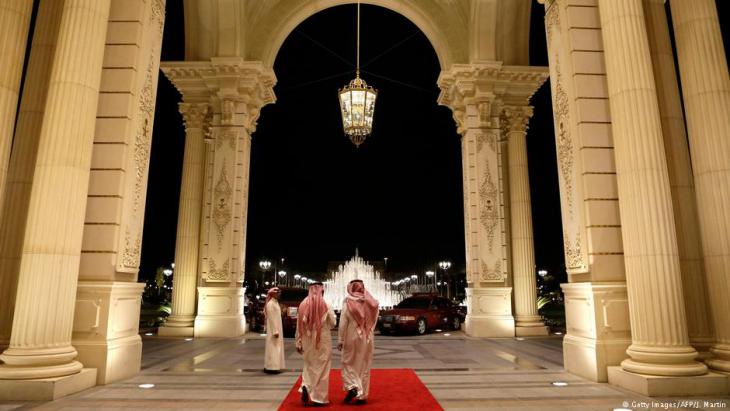 Qatari foreign relations
The point of no return?

The crisis between Saudi Arabia, UAE, Bahrain and Egypt on the one hand and Qatar on the other appears to be approaching tipping point. The possibility of Doha's departure from the GCC and new alliances with Turkey and Iran is likely to trigger major shifts in the regionʹs balance of power. By Stasa Salacanin

With no resolution to the Gulf crisis in sight, the question of Qatar's departure from the GCC is becoming ever more relevant. Despite strong criticism aimed at the Qatari leadership and sporadic calls from some of the Arab quartet states for the expulsion of Qatar from the GCC, formal ejection of Doha from the block would pose a serious challenge for the Saudis and UAE, especially following Doha-Tehran rapprochement and ever closer Qatar-Ankara relations.

Opening another front on the Saudi-UAE doorstep would require additional resources, especially if Oman and Kuwait were to follow Qatarʹs example. Instead, the Saudis have been trying to isolate Qatar as much as possible, yet with little or no success.

It is also unclear whether Kuwait and Oman will fall into step and accept Saudi-UAE dominance, especially in the light of the UAEʹs December announcement, which foresaw a new economic and security partnership with the Saudis, separate from the rest of the GCC. This reflects the deep divisions among the Gulf states and ultimately casts doubt over the future – indeed, the very existence – of the GCC.

Since the blockade began, Qatar has signed a number of new military, security, commercial and other agreements. Qatarʹs rapprochement with Iran and Turkey is especially significant: some analysts see in this the contours of a new regional bloc taking shape. 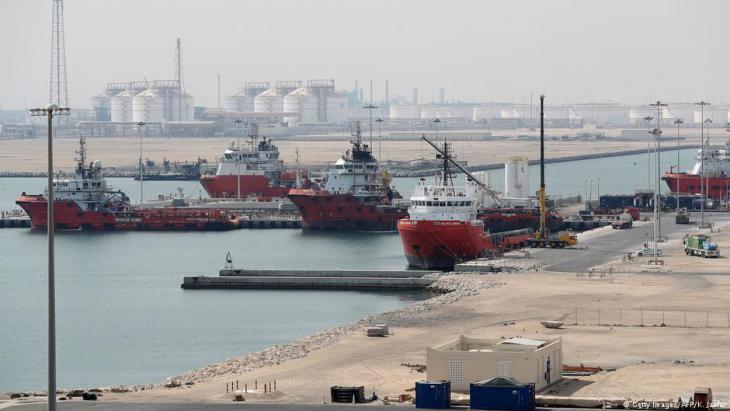 Qatari-Iranian relations under scrutiny: Przemyslaw Osiewicz from the Middle East Institute in Washington D.C notes that any kind of rapprochement between Iran and Qatar will be seen in Washington as a direct threat to national security and American interests in the region

Iran and Qatar have always made efforts to maintain working relations, co-existing in the stormy waters of the Persian Gulf, while sharing the largest gas field on the planet: the North Field. Since last June, Iran has become a vital trade route for Qatar, especially for goods coming from Turkey and Azerbaijan. In order to intensify trade and make it less complicated, Qatar, Iran, and Turkey have even signed a three-way transportation agreement.

For Silvia Colombo, the Head of the Mediterranean & Middle East Programme at the Italian Institute for Foreign-Affairs (IAI), the "Qatari decision to fix its relations with Iran is a pragmatic move in order to bypass the isolation and blockade that Qatar has been experiencing for many months now. With this diplomatic move, Qatar has sent a message to its neighbours that it is an independent player."

Przemyslaw Osiewicz from the Middle East Institute in Washington D.C, also believes that a Qatari-Iranian alliance could prove highly pragmatic and effective. "It is not, however, not based on any ethnic connections or ideological platform, which could make it very vulnerable to any changes in the region," he adds.

Chinese President Xi Jinping's visit to Saudi Arabia in December 2022 may have rattled Washington, but it simply highlighted the Arabs’ desire to diversify their foreign relations ... END_OF_DOCUMENT_TOKEN_TO_BE_REPLACED

In Doha, Arabs from Morocco, Tunisia, Egypt and Algeria are gathering to celebrate the first ever FIFA World Cup to be held on Arab soil. The criticism from Europe? Over the top, ... END_OF_DOCUMENT_TOKEN_TO_BE_REPLACED

After a two-year hiatus, the Arab League re-convened at the beginning of November in Algiers against a backdrop of uncertainty and discord. By Pierre Boussel END_OF_DOCUMENT_TOKEN_TO_BE_REPLACED

Anger in the Middle East is spreading over comments made by an official of India's ruling BJP about the Prophet Muhammad, with various countries summoning New Delhi's envoy and a ... END_OF_DOCUMENT_TOKEN_TO_BE_REPLACED

Women's empowerment in the Gulf has become a tool of deflection, rather than a genuine effort to promote women’s full and equal participation in society. By Mira Al-Hussain END_OF_DOCUMENT_TOKEN_TO_BE_REPLACED

A straightforward message emerged from last week’s meeting in the Negev desert of the foreign ministers of four Arab countries, Israel and the United States: Israel is key to the ... END_OF_DOCUMENT_TOKEN_TO_BE_REPLACED
Author:
Stasa Salacanin
Date:
Mail:
Send via mail

END_OF_DOCUMENT_TOKEN_TO_BE_REPLACED
Social media
and networks
Subscribe to our
newsletter