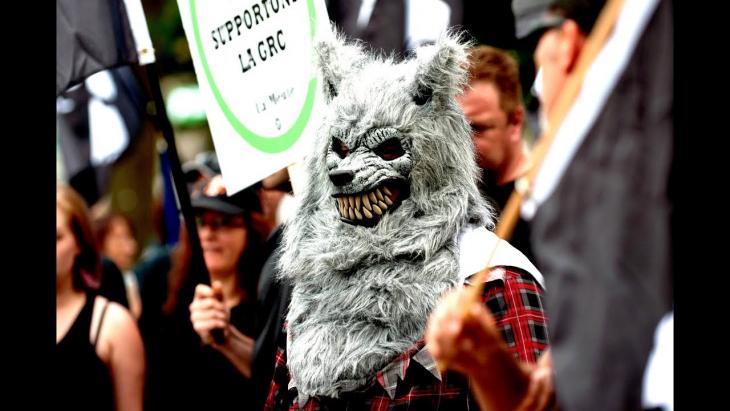 In June Canada's French-speaking province Quebec passed Bill 21, banning the wearing of religious symbols or garments by certain public servants in the workplace. Aside from the civil rights implications, the bill has also made visible minorities, specifically Muslims, the target of racist attacks. By Richard Marcus

In May of 2019, even before the bill was passed by the Quebec legislature, there was a notable uptick in verbal assaults and harassment of Muslim women who choose to wear the hijab. Justice Femme, an advocacy group based in Montreal that offers legal and psychological support to all women, said they'd received 40 complaints from Muslim women since the Bill was presented to parliament in March.

The report they presented listed four cases of physical assault, including being spat upon and attempts to forcibly remove a woman's hijab; six cases of harassment and intimidation in the work place; and more than a dozen examples of cyberbullying. A spokesperson for the organisation said the women all refused to file complaints because they felt the provincial government was legitimising discrimination.

Unfortunately Francois Legault, Premier of Quebec, has done nothing to assuage people's fears with his comments. On the anniversary of one of Canada's worst mass shootings, the killing of six people while praying in a Quebec City mosque, Legault said there was no need for a day commemorating the killings, a day committed to combatting Islamophobia, as Islamophobia didn't exist in the province. Although his office immediately issued a statement admitting there might be individual cases of hatred against Muslim people, what he meant was there is no widespread problem in the province.

You may also like: Right-wing populism in Europe and the USA: Those who cry wolf

A marked rise in racist incidents

However, the premierʹs claim is negated by the number public racist incidents. In fact they point to a deeper, more ingrained and more widespread problem. While the mayors of Quebec's two most cosmopolitan cities, Montreal and its capital Quebec City, have gone on record stating they don't support the new bill, that hasn't stopped incidents of violence and abuse occurring in both cities. 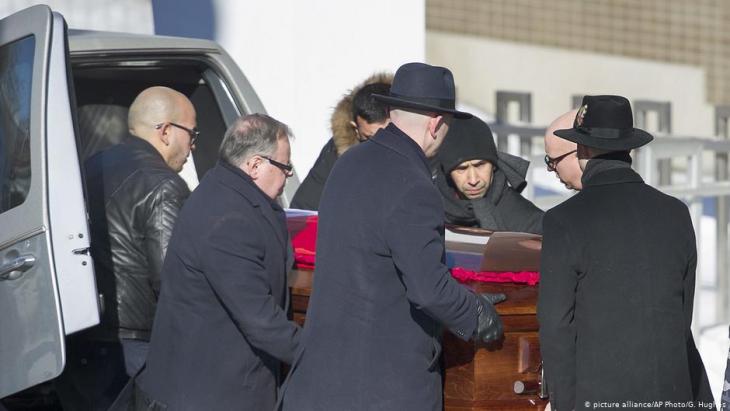 Legitimising discrimination: on the anniversary of one of Canada's worst mass shootings, the killing of six people while praying in a Quebec City mosque, Francois Legault, Premier of Quebec said there was no need for a day commemorating the killings – a day committed to combatting Islamophobia – as Islamophobia didn't exist in the province

A Quebec City man who was stabbed after leaving a convenience store is convinced this new culture of racism is the fault of Quebec's premier. Karim Samaini, who immigrated to Canada from France, says Legault has stirred up racist feelings in the province through his passing of Bill 21. In a video he posted on YouTube after the stabbing attack he claims he's subject to racist abuse three to four times a week. He also worries about how this type of atmosphere could lead to an uptick in the radicalisation of Muslim youth.

When they hear their religion and their ethnicity continuously disparaged on the radio or in the street he worries that they won't help but feel marginalised, becoming perfect fodder for recruitment into extremist activities. Radicalisation researchers have confirmed that extremist groups target those who are excluded from the mainstream. They pinpoint the disaffected, lifting them out of their role as passive victims to offer them a means of revenge, even providing them with a twisted sense of self-esteem.

Ever since a 2007 decree by the Canadian parliament, October has been celebrated as the country's Islamic History Month. Four weeks of events across the country highlight the ... END_OF_DOCUMENT_TOKEN_TO_BE_REPLACED

Iranian-Canadian author Ava Farmehri’s debut novel paints a bleak picture of growing up in Iran after the Islamic Revolution. The book is both a prison novel and a reflection on ... END_OF_DOCUMENT_TOKEN_TO_BE_REPLACED

Last week Egypt's police stepped up an "unprecedented escalation" on activists by arresting a leading rights group director. Advocates on the Nile have long weathered a crackdown ... END_OF_DOCUMENT_TOKEN_TO_BE_REPLACED

In France and in Canada's Francophone province of Quebec issues of personal freedom have recently been thrown into sharp relief. In Quebec, legal proceedings have been initiated ... END_OF_DOCUMENT_TOKEN_TO_BE_REPLACED

A friend of the murdered journalist Jamal Khashoggi, Omar Abdulaziz is a thorn in the side of Saudi Arabia. Living in exile in Canada, the activist has been warned by the police ... END_OF_DOCUMENT_TOKEN_TO_BE_REPLACED

In 2017, Sarah Hegazy was arrested in Cairo for displaying a rainbow flag, the symbol for homosexuality and queerness, at a concert. The activist recently took her own life in ... END_OF_DOCUMENT_TOKEN_TO_BE_REPLACED
Author:
Richard Marcus
Date:
Mail:
Send via mail

END_OF_DOCUMENT_TOKEN_TO_BE_REPLACED
Social media
and networks
Subscribe to our
newsletter