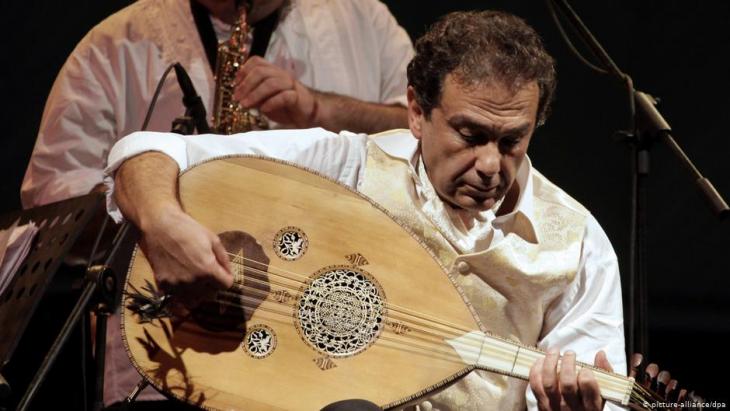 Rabih Abou-Khalilʹs "The Flood and the Fate of the Fish"

After a seven year break, Rabih Abou-Khalil, a pioneer in Oriental jazz, has released a new album entitled "The Flood and the Fate of the Fish". Stefan Franzen met the musician on the Cote d'Azur

It has now been almost four decades since a young oud player fled the civil war in Lebanon and settled in Munich to become one of the most creative and important interpreters in the genre of Oriental jazz. Today, it would be impossible to conceive of the European jazz scene without Rabih Abou-Khalil. With his quirky compositions, brimming with uneven rhythms and highlighting his humorous as well as melancholic sides, the Lebanese musician has been received enthusiastically by audiences worldwide. Since 2003, he has preferred to rely on the same musicians and has thereby managed to create a coherent, unmistakeable sound.

In recent years, the formerly Munich-based Abou-Khalil has chosen to live a somewhat quieter life and, to that end, has moved to the south of France. His last work, "Hungry People", appeared in 2012 and he has allowed himself time in creating his new opus. Recently released, the new albumʹs title – "The Flood and the Fate of the Fish" has been a source of puzzlement, causing furrowed brows among fans.

What happened to the fish during the flood?

"Have you ever actually considered what happened to the fish during the Biblical flood?" Rabih Abou-Khalil lets out a challenging laugh. "A lot of people were really angry with me when I asked that question. I see it as a symbol for how we as humans close our eyes to obvious facts and problems when we pursue a different goal."

We simply do not want to see the elephant in the room – whether at the level our personal lives or government policy on climate change, even if it concerns the survival of humanity. Abou-Khalil, however, is not a strict admonisher. He lets the music speak for itself. The titles for his pieces and albums often come after the fact, and they can be sarcastic at times. The sound of the sea along the Cote dʹAzur serves as the background to our interview and gives it something of a holiday feel. 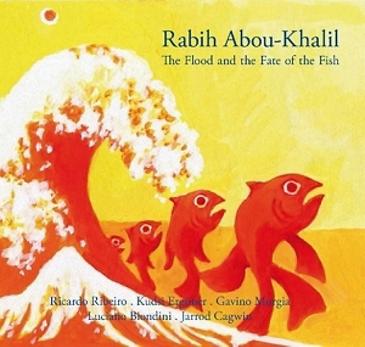 Rabih Abou-Khalil, a star of the European jazz scene: with his quirky compositions, uneven rhythms and inimitable blend of humour and melancholy, the Lebanese oud player and composer is beloved of audiences worldwide. Since 2003, he has favoured the same ensemble of musicians, for a coherent, unique sound

Did this relaxed atmosphere of his new abode near Cannes colour his music? "I didnʹt move here when I was twenty, when a change of location can still alter your personality," says Abou-Khalil, who moved south because the region reminds him of his homeland.

"Some 80 percent of the people who live in the region donʹt even come from here. With the exception of the large cities, the south of France is a cultural vacuum. And I like that, because here I have the complete freedom to do what I want."

It has been a long time since so many musicians – there are seven in all – have participated on an Abou-Khalil album. Besides the regular trio members of Jarrod Cagwin on percussion and accordionist Luciano Biondini, the group also includes the saxophonist Gavino Murgia and the ney virtuoso Kudsi Erguner.

The Portuguese fadista Ricardo Ribeiro plays a key role in the line-up. New to the group is the Japanese classically-trained violinist Eri Takeya, whose long sustained tones provide texture for the groupʹs shorter toned instruments. Paradoxically, the sound seems more accessible and intimate than ever before.

The reason for this is that the constellation of musicians changes from piece to piece and they never all play simultaneously. "Iʹve assembled a number of pieces that I have worked on in parallel with various instrumentations. But I did not want to release three different CDs and that led to the idea of recording as chamber music ensembles. It was important to me that the album was not to be rushed into two or three days of recording, but that we would allow ourselves time, that everyone would live with me at my home, where we could eat, live, and record together. I think that the listener can hear this too."

The term chamber music does not mean that the work was meant to have a particularly intimate quality. On the contrary, Gunther Kasper, who completed the recording after the death of veteran audio engineer Walter Quintus, has managed to distil a very present, rocking sound. "Crisper!" says Rabih Abou-Khalil, alluding to a terrific, zig-zag pulsating piece called "Crisp Crumb Coating" – a title borrowed from a commercial for fishfingers made by Orson Welles. And there they are again, the fish.

A new instrumental feature also had a significant influence on the sound: "Iʹve owned a bass oud, which is tuned an octave lower, for many years" reveals Abou-Khalil. "The Arab-Persian philosopher and scholar Abu Nasr Muhammad al-Farabi even described such an instrument back in the Middle Ages. I had mine built for me by my instrument-maker in Munich, but it was so unwieldy I couldnʹt play it. Recently, I knuckled down and made a consistent effort to get to grips with it – and discovered that my body is more adaptable than I thought! Now I can play it without any difficulty."

As the Frenchman Michel Godard with his collection of bass instruments, his tuba and his serpent is not included in the ensemble this time, Abou-Khalil himself, the accordionist Biondini and even the percussionist Jarrod Cagwin have taken over the bass roles.

Crucial to the album, however, are the vocal pieces. Abou-Khalilʹs long-time companion Ricardo Ribeiro excels in the groupʹs set to music version of Ary Dos Santosʹ well-known poem "Kyrie" and its criticism of religion. In "Falso Amor", the listener is taken back to the time when Portugal was an Arab land. The text comes from Al-Kumait Al-Garbi, a poet who composed his work around 1100 in what is now the Portuguese city of Badajoz, which then belonged to the sphere of influence of Al-Andalus on the Iberian peninsula. And with "Graos De Area" from the pen of Antonio Rocha, Ribeiro and Kudsi Erguner supply a dialogue between voice and flute in what turns out to be a chromatic challenge for them both. According to Rabih Abou-Khalil, Ribeiro has once again succeeded in transcending fado.

"This ability to go beyond what is intrinsic in the music while simultaneously not losing anything is what sets him apart. I look for and value this talent in the musicians with whom I work. And I believe I have a special talent in recognising such abilities." In March 2020, Rabih Abou-Khalil will go on tour in Germany with his trio – and tell us of the fate of fish during the flood.

Among the 24 squads at the Euros, dozens of players with African roots will turn out in the June 11-July 11 tournament. Several of them are top names at this pan-continental event ... END_OF_DOCUMENT_TOKEN_TO_BE_REPLACED

Reading Hassan Blasim's God 99 is an immersive experience of grief and exaltation, anger and disgust, writes Marcia Lynx Qualey. We join the Iraqi narrator as he sits around in ... END_OF_DOCUMENT_TOKEN_TO_BE_REPLACED

Turkey's parliamentary and presidential elections are scheduled for June 2023. But they are already casting a shadow. While the opposition is calling for early elections, ... END_OF_DOCUMENT_TOKEN_TO_BE_REPLACED

Recep Tayyip Erdogan, disappointed by the European Union’s reluctance to integrate Turkey into its ranks, has re-directed his country’s diplomacy toward the Maghreb and Africa to ... END_OF_DOCUMENT_TOKEN_TO_BE_REPLACED

A law is currently being debated in Morocco that would legalise the cultivation and export of medicinal cannabis. For many small farmers, this would bring considerable advantages ... END_OF_DOCUMENT_TOKEN_TO_BE_REPLACED
Author:
Stefan Franzen
Date:
Mail:
Send via mail

END_OF_DOCUMENT_TOKEN_TO_BE_REPLACED
Social media
and networks
Subscribe to our
newsletter