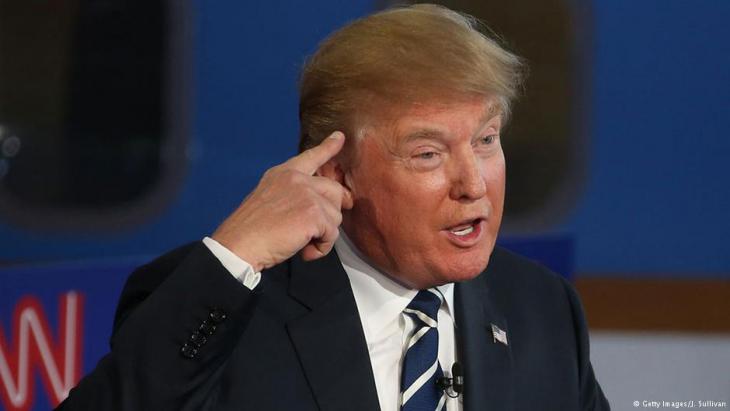 In the wake of the Brussels attacks, Republican frontrunner Donald Trump yet again repeated his call for a ban on all Muslims entering the United States of America. With ABC News primary exit polls on 15 March revealing that two-thirds of Republican voters feel Muslims would be better off elsewhere, the current tide of anti-Muslim sentiment has yet to turn. By Joseph Mayton

It isn’t only the conservatives who lump all Muslims together, despite the fact that the over one billion believers around the globe hail from a myriad of backgrounds in Asia, Africa, Europe and the Americas, speak dozens of languages and are very culturally diverse. According to the American Civil Liberties Union (ACLU), the policies pursued by President Barack Obama’s administration are unfairly targeting Muslims across the country.

In February the ACLU filed a Freedom of Information Act lawsuit requesting federal programme details on what government officials call ″violent extremism″ within the context of Muslim racial profiling. The organisation argued that the government′s policy is a ″poorly defined and malleable concept″ that could violate American Muslims′ civil rights and civil liberties.

The ACLU’s lead attorney on the case, Hina Shamsi, said that there was a ″disconnect between his [President Obama] words and government policies that target American Muslims unfairly and foster a national climate of fear and discrimination.″

Targeted for being Muslim

In a blog post published by the union, Shamsi continued to speak directly to Muslims in the country, showing her concern about government policies that unnecessarily target Muslims simply for being Muslims. Her argument: that terrorism, the main reason given for cracking down on Muslims in the U.S., affects everyone, including Muslims.

″Like all Americans, you’re worried about the threat of terrorism. But on top of that, as Muslim Americans, you also have another concern – and that is that your entire community is so often targeted or blamed for the violent acts of the very few,″ she wrote.

The FOIA complaint filed with the Federal Court in Washington D.C. specifically mentions the FBI and a number of national security organisations, including the Justice Department, Homeland Security and the State Department. The lawsuit seeks to obtain training materials, policies and guidelines created by the government or disseminated to agents as part of the anti-extremism plan.

Obama has nevertheless sought to downplay the anger fomenting against Muslims. ″We have to understand that an attack on one faith is an attack on all our faiths,″ the president has said. ″When any religious group is targeted, we all have a responsibility to speak up.″

Bearing in mind the current wave of populist anti-Muslim sentiment, however, the ACLU′s lawsuit demanding information on policies that train a spotlight on American Muslims simply for being Muslim is likely to face stiff opposition.

A recent Zogby poll revealed that only 27 percent of Americans have a favourable opinion of Muslims, while favourable attitudes towards Arabs have dropped 11 points to 32 percent, down from 43 percent in 2010.

The same poll revealed that 42 percent of Americans believe that Muslims working in a government capacity would be influenced by their faith when making decisions. The same number of Americans agreed that the recent attacks by IS on major European cities and in the U.S. justify profiling by law enforcement and national security agencies. 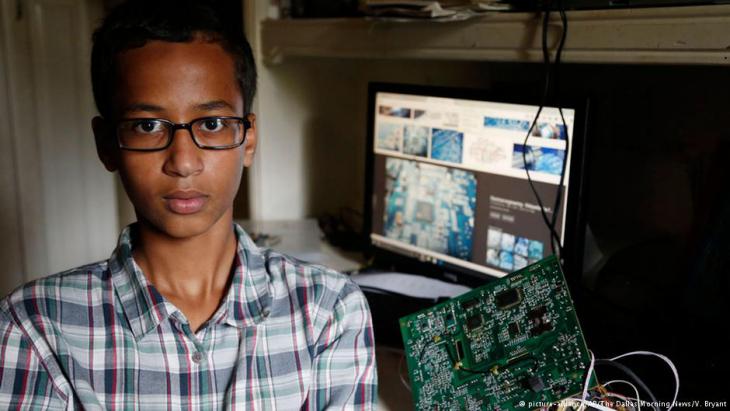 "Ahmed Mohamed’s avoidable ordeal raises serious concerns about racial profiling and the disciplinary system in Texas schools. Instead of encouraging his curiosity, intellect and ability, the Irving ISD saw fit to throw handcuffs on a frightened 14 year-old Muslim boy wearing a NASA t-shirt and then remove him from school. We should not deprive our children of liberty when they haven’t broken the law, and we should not suspend them from school when they haven’t broken the rules," commented Terri Burke, Executive Director of the ACLU in Texas

Scholars, journalists and public thinkers have long decried the ongoing war against Muslims in the U.S., saying it goes against the basic tenets of due process and the First Amendment rights that are guaranteed by the constitution, including the right to privacy and freedom of speech. But in a political climate where calls are being made to bar Muslims from the U.S., many believe that rectifying such sentiment against American Muslims will be a long and difficult struggle.

"Under these guidelines, almost every American Muslim who travels to see family or friends or makes the pilgrimage to Mecca will automatically be singled out for special security checks – that's profiling," said Nihad Awad, national executive director of the Council on American-Islamic Relations (CAIR). "While singling out travellers based on religion and national origin may make some people feel safer, it only serves to alienate and stigmatise Muslims and does nothing to improve airline security."

Awad argues that, if the media does not do a better job of providing Muslim Americans with a voice outside the lens of terrorism, it will become increasingly difficult for the rest of the country to understand who Muslims are - that they are simply ordinary citizens going about their everyday lives.

He lashed out at presidential candidates Ted Cruz and Donald Trump for stoking a fear that is not reflected in the domestic statistics on terrorism and called for better security measures, such as increased spending "to obtain more bomb-sniffing dogs, to install more sophisticated bomb-detection equipment and to train security personnel in identifying the behaviour of suspects." 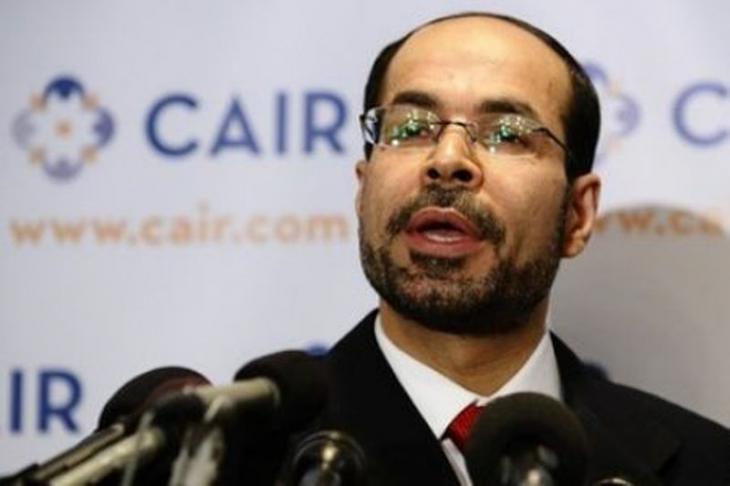 Knee-jerk counter-terrorism response: "while singling out travellers based on religion and national origin may make some people feel safer, it only serves to alienate and stigmatise Muslims and does nothing to improve airline security," opines Nihad Awad

The Transportation Security Administration responsible for travel security, on the other hand, disagrees with the assertions that profiling exists. TSA spokesperson, Kristin Lee, was quoted by CNN in January saying that "TSA does not profile."

"As is always the case, TSA security measures are based on threat, not ethnic or religious background," Lee said.

Despite such claims to the contrary, it is essential to gain a thorough understanding of exactly how government institutions treat and profile American Muslims, if the myths that have crept into America′s political consciousness are to be accurately pinpointed and debunked. That, at least, is what the ACLU believes. Its lawsuit aims to be able to deliver that detailed information for thinkers to delve into and help change perceptions in the country.

Shamsi, in her blog post, argues that the climate against Muslims has become virulent since the 9/11 attacks on New York City and Washington D.C. ″For well over a decade, programmes and policies like these have sent a very powerful message: when it comes to American Muslims, our nation′s actions often do not match the principles of equal treatment and religious freedom enshrined in our constitution.″

Home
Print
Newsletter
More on this topic
Right-wing populism in Europe and the USA: The politics of IslamophobiaThe Islam debate: The dual consciousness of MuslimsIS attacks in Brussels: No more shades of greyThe American Civil Liberties Union website
Related Topics
'Islamic State' | IS, Freedom of religion, Immigration, Islam and the West, Islamophobia, Radicalisation
All Topics

At the Goethe-Institutʹs Tashweesh Festival, artists and intellectuals from North Africa, Europe and the Middle East meet to discuss stereotypical gender images. By Caren ... END_OF_DOCUMENT_TOKEN_TO_BE_REPLACED

Belgium has been fighting religious radicalisation since it became painfully obvious that Islamists were operating in the country. Art and humour have become tools in the battle ... END_OF_DOCUMENT_TOKEN_TO_BE_REPLACED

In contrast to other cities in Belgium, violent Islamists have found next to no adherents in Mechelen. This is primarily due to the efforts of Mayor Bart Somers: he demands that ... END_OF_DOCUMENT_TOKEN_TO_BE_REPLACED

Iranian women′s rights activist Darya Safai fights the stadium ban for Iranian women from her exile in Brussels. An interview on her protest during the Olympic Games in Rio, the ... END_OF_DOCUMENT_TOKEN_TO_BE_REPLACED

Bader has achieved significant acclaim both in Arabic and in translation as an author of philosophical fiction. The Iraqi writer′s twelfth novel, ″Al-Kafira″ (The Infidel Woman), ... END_OF_DOCUMENT_TOKEN_TO_BE_REPLACED 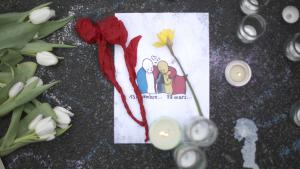 The majority of IS terrorists to have been arrested recently are EU citizens, jihadist returnees from Syria and Iraq. Ever since the assault on the French satirical newspaper " ... END_OF_DOCUMENT_TOKEN_TO_BE_REPLACED
Author:
Joseph Mayton
Date:
Mail:
Send via mail

END_OF_DOCUMENT_TOKEN_TO_BE_REPLACED
Social media
and networks
Subscribe to our
newsletter