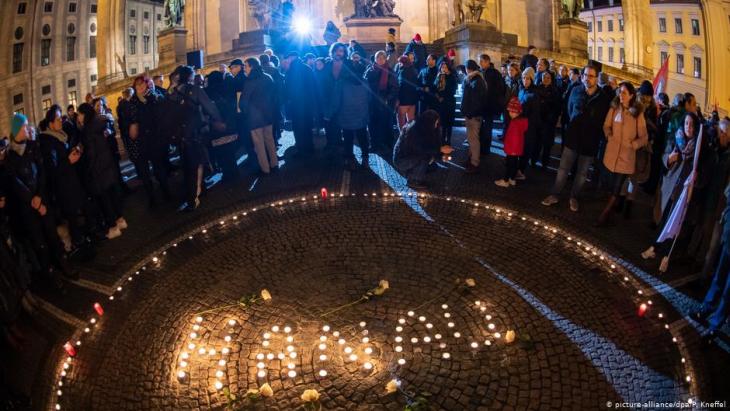 Nine victims of the right-wing extremist murderer of Hanau had a migration background. The motive for the crime is clear and unambiguous: racism. Sheila Mysorekar from the "Neue deutsche Medienmacher*innen" comments

I wasn’t surprised when I heard the news. A right-wing radical in Hanau, in the German state of Hesse, stormed into two shisha bars and shot dead nine people – young Hanauers who were perceived as "foreign". It was a brutal, racially-motivated massacre – and yet I was not even surprised. I was also not alone. Many from Germany's migrant communities feel the same way as I do, as do black Germans and people of colour. We are all appalled, sad, angry; but not surprised.

All too often we experience verbal and physical aggression in our everyday lives; we hear politicians discussing publicly whether and in what form religious or other minorities are welcome in this country. We see that brutal attacks by the far-right are equated with the vandalising of cars from the political left. And that right-wing extremist terminology such as "Islamisation" has now become part of the media’s normal language.

This language and sentiment has made its way into Germany’s political rhetoric, where the Alternative for Germany (AfD), a party that for good reason is often referred to as the "parliamentary wing of right-wing terrorism", is represented in the Bundestag. For weeks, the AfD in Hesse has been using Internet memes to attack shisha bars, calling them a haven for "crime by foreigners". Is it surprising then when racists take the bait? The murderer from Hanau is by no means a lone wolf; he acted in a political and social climate in which minorities are discriminated against and young men of Arab and Turkish origin are singled out and criminalised. Under the guise of the statement "surely, one can still say that", racism has taken root in the mindset of Germany’s middle classes.

The media have also contributed to the radicalisation of the discourse. Even murders like the one in Hanau are described as merely "xenophobic", although the young people who were brutally shot during their evening get-together were anything but foreigners. A word like "xenophobic" appropriates the perpetrator's point of view, namely that Germans must be white. By extension of that thinking, all those who are not white do not belong here, so they are "foreigners". But it was not Norwegian tourists who were murdered, but young Hessians from Kurdish, Turkish and Bosnian families. Racism is the only correct term for this way of thinking. And it is racism that increasingly leads to violence. 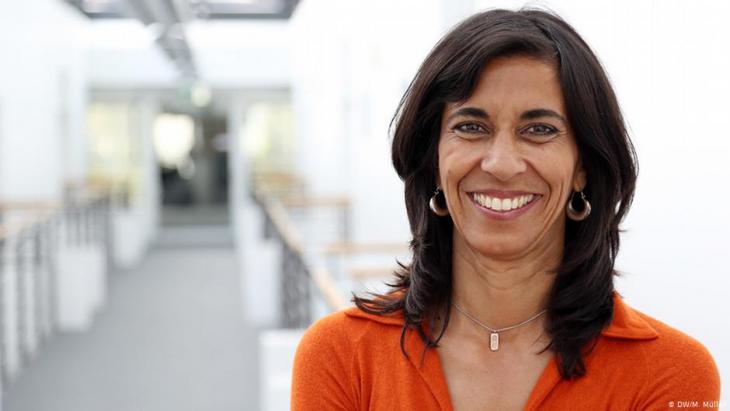 Sheila Mysorekar is chairwoman of the "Neue deutsche Medienmacher*innen", a nationwide association of media professionals with different cultural and linguistic skills and roots. The aim is to work for more diversity in the media: in front of and behind the cameras and microphones. At the editorial desks. And also in the planning teams, executive management and supervisory bodies

It’s the responsibility of the government and of society as a whole to combat this racism in a targeted and strategic manner. However, this is exactly where so much has gone wrong. After each assassination attempt, politicians and public leaders offer assurances that this should "never again" happen. But when a Federal Minister like Julia Klockner writes that the assassin shot people "indiscriminately", this shows that she has understood nothing. Even if this right-wing terrorist did not know his victims personally – he murdered purposefully: namely, young people from immigrant families.

How safe are we?

I live right next to a shisha bar, in a neighbourhood characterised by an immigrant population, with Turkish butchers and Vietnamese restaurants next to German pubs. We all belong to Germany. But how safe are we? Can I go shopping in my street without fear of a nail bomb exploding, like in Cologne's Keupstrasse in 2004? Can I unlock my front door without looking around to see if an armed assassin rushes into the shisha bar next door? Are we potential targets for the next right-wing terrorist?

A meeting of the "new German organisations", a network of around 100 post-migration initiatives from all over Germany committed to diversity and against racism, launches today in Berlin. Their spokesperson Karim El-Helaifi says of the attack in Hanau: "We don't need sympathy, we need protection. Democracy is measured by the way it treats its minorities."

No tolerance for far-right ideas

If Germany really stands so firmly by its democracy, then all right-wing extremist networks must be dismantled. This includes finally releasing the NSU files held by the Hessian state government. It means no tolerance for far-right ideas in the police, the Bundeswehr and the Office for the Protection of the Constitution. And it means that structural racism in schools will be fought and that the safety of all people in this country will be guaranteed.

The solution is not to put more security personnel in front of synagogues or mosques. As the attack in Hanau shows, it can hit us anywhere. No, the solution is to recognise and combat rampant racism – at every level of society. This is our only chance.

Algeria‘s regime is again cracking down on anti-fracking activists and the unemployed in the country‘s south. Yet EU countries remain keen to scale up their energy cooperation ... END_OF_DOCUMENT_TOKEN_TO_BE_REPLACED

Bachtyar Ali sends the hero of his latest novel – "Mein Onkel den der Wind mitnahm" – literally flying. Jamshid is so thin after his years as a political prisoner that a gust of ... END_OF_DOCUMENT_TOKEN_TO_BE_REPLACED

For a century, the Kurds and other minorities in Turkey have been subject to state repression. With his dissertation "The Kurdish Question in Turkey", political analyst Ismail ... END_OF_DOCUMENT_TOKEN_TO_BE_REPLACED

Anti-Semitic motifs have no place at Germany’s documenta art show or anywhere else in the world, stresses Meron Mendel, director of the Anne Frank Educational Centre in Frankfurt ... END_OF_DOCUMENT_TOKEN_TO_BE_REPLACED

A new exhibition, "Syria – Against Forgetting", at Cologne’s Rautenstrauch-Joest-Museum focuses on Syria's artistic and cultural heritage and pays tribute to the country before ... END_OF_DOCUMENT_TOKEN_TO_BE_REPLACED
Author:
Sheila Mysorekar
Date:
Mail:
Send via mail

END_OF_DOCUMENT_TOKEN_TO_BE_REPLACED
Social media
and networks
Subscribe to our
newsletter