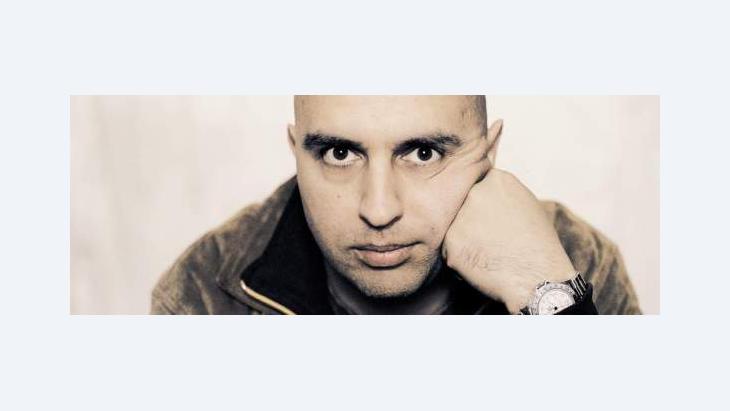 The Right to Give Offence

Serdar Somuncu's shows have titles like 'The Hate Preacher', 'The Antiturk', or 'Hitler Kebab'. The German-Turkish entertainer demands a lot of his public, but what he's really aiming at is a kind of moral renewal, as Lewis Gropp reports

Serdar Somuncu is a hardcore comedian, a connoisseur of radical insults who likes to outrage his public. Somuncu's act is a celebration of all that is vulgar, salacious, unrestrained. He usually opens his show by greeting his audience with some foul-mouthed insult: "You jerk! Pick up your jacket! The stage is sacred, you don't just lay your jacket on it – I don't shit in your red wine, now, do I?" If you sit in the front row at one of Serdar Somuncu's shows, be prepared to be subjected to exposure and verbal abuse.

Yet taboo-breaking and showy effects are not Somuncu's main concern. With his motto "Every minority has the right take offence" he aims to unmask hypocritical consensus and insincere harmony. "No, it's not about being radical," he says. "It's about adopting a new tone. I find that the more people demand 'political correctness', the more 'political incorrectness' is simply internalized. Many people think like radicals but talk like liberals. That's why I've adopted a new tone, because I see it as absolutely appropriate for this day and age."

"It's the perpetrators they're laughing at"

Somuncu decided early on to be a taboo-breaker. Back in 1996 he took to the stage with commentated readings of Hitler's Mein Kampf. He didn't do this just to create a scandal; Somuncu wanted to liberate Germans from their fearful attitude towards the book, from the taboo that it was under, and encourage them instead to have more trust in the power of democratic ideas. "Anyone who laughs at Mein Kampf," he says, "has understood what a load of nonsense it contains. Anyone who thinks that that's dangerous, and that people are laughing at the victims, has understood absolutely nothing. It's the perpetrators I'm laughing at." 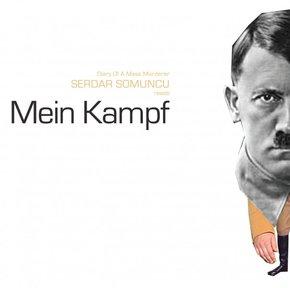 Encouraging Germans to have more trust in the power of democratic ideas: Cover of the English edition of Serdar Somuncu's commented reading of Mein Kampf

​​After more than 1,500 Mein Kampf performances before more than 250,000 people, Somuncu, who was born in Istanbul but grew up in Neuss, started work on a new project. He created a show based on Goebbels' diaries, which was a mixture of taboo-breaking, theatre, and political education. This he followed up with the long-running, eccentrically named show Hitler Kebab, which he toured all over Germany.

Alongside his new DVD The Hate Preacher, which showcases Serdar Somuncu in all his unbridled radicality, the trained theatre actor has also written a book with the catchy title The Antiturk. The publisher's publicity material summarizes it as follows: "Serdar Somuncu takes a provocative look at the joint history of Turks and Germans, tracing an arc from the arrival of the first guest workers in Germany to the present-day debates on integration and guiding culture." In the foreword Somuncu promises "to be mercilessly honest, both towards my German hosts and towards my fellow Turks, and in doing so to say aloud what others don't even trust themselves to think."

Somuncu begins by fantasizing about his conflicted German-Turkish identity, and how he was decorated with the "Golden Edmund Stoiber Seal for Assimilated Wogs" (Edmund Stoiber being a conservative CDU politician and hated figure of the liberal left). These days, he writes, he is so German that he "runs out onto the autobahn at night with a ruler and measures the distances between the white lines to check that they're equal". 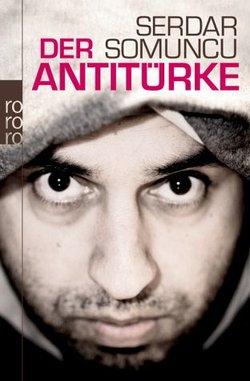 ​​The Antiturk also contains passages of serious reflection – formulated, however, with a penchant for comic exaggeration.

"I too have, in my time, opted to play the 'token wog' in order to get a job, instead of refusing to do so and fighting for someone to give me an opportunity to combat the cliché image of Turks. So for a long time I played the same parts over and over again – usually pimps, drug dealers and used car dealers – and in doing so I both betrayed my own culture and tarnished my own reputation. Worse still: I have, for fear of losing a job, denied and even degraded myself, as for example when I spoke in High German at a casting, then only to play the part itself in broken German, as if no Turk living here could ever be expected to speak German without an accent.

"Thus, for example, I was paid a nice fat salary for every word I spoke during a brief guest appearance in the series Lindenstraße, although the sentence I was permitted to say – 'Friend, no understand' – ended up being rather short. However, I also submitted to being given a wig and beard and dressed in an ill-fitting suit, the result of which was not in an international career but my own mother failing to recognize me and responding to the information, 'I was the one with the beard,' with the justifiable retort, 'You whore – you sold yourself!' Since then I have categorically rejected all such offers of work."

German-Turkish relations comprise a never-ending store of material, and Somuncu drags out pretty much everything he can find in there. He discusses, for example, the problem of parallel societies, concluding with the well-aimed punchline: "If parallel societies really do exist in this world, look for them on Majorca."

In The Antiturk Somuncu also reflects on the integration debate. He writes, for example, that people have lost sight of the advantages of Turkish migration to Germany and blown up the disadvantages into seemingly insurmountable problems. Turks in Germany, he states, have contributed far more to the increase in gross national product than they have profited from social security. Somuncu writes that it is far from true that all German Turks have collectively isolated themselves in a dangerous, seething parallel society; many have successfully established themselves in Germany in their own right. 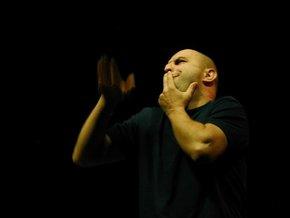 ​​One cannot, however, accuse this author of practising the politics of appeasement. Elsewhere, he declares that a Turk who feels overwhelmed by foreign influences in Germany and forbids his daughter to have anything to do with Germans has "no business" being here.

Somuncu's book is full of fascinating topics. There is a historical summary of German-Turkish relations going back to the days of the German Empire; he discusses the idea of football as national mass psychosis; the problematic subject of Islam and women's rights is addressed; there is speculation about Turkey's entry into the European Union, and so on and so forth. The text is a mixture of personal observations, comedic prose, political commentary and political education.

In this sense the book is a valuable contribution to the enrichment of German-Turkish relations, observing them in a manner that is both unsparing and free of prejudice. Somuncu's book shows us what kind of country Germany is today, and highlights the important questions with which our society is now wrestling. The Antiturk is thus a highly topical book.

But The Hate Preacher presents us with an entirely new form of comedy cabaret: a cabaret that shocks and surprises, and supplies us with memorable moments of authenticity. You don't have to like Serdar Somuncu, but if you haven't seen him, you're certainly missing something.