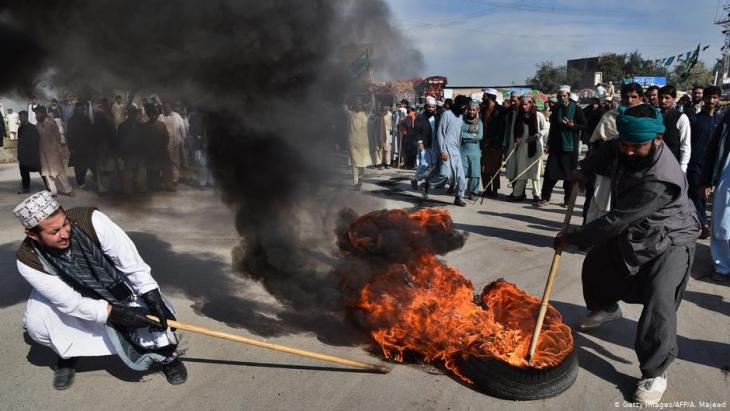 Radicalisation among Barelvis in Pakistan
The spread of violent fanaticism

In the early years of the new millennium, Pakistan's leaders were keen to promote the Barelvi movement as the embodiment of traditional, peaceful, Pakistani Islam. In recent years, however, certain Barelvi elements have become radicalised. Now, the violence is spreading beyond Pakistan's borders

Brightly coloured shrines and the magnificent grave sites of Sufis (called Dargah or Mazar in Urdu) are a common sight in Pakistani towns and villages. On certain days of the year, Urs, ceremonies to honour the saints, are performed at the tombs. Qawwali (a particular kind of Sufi singing on the subcontinent), ecstatic dancing (dhamal), public kitchens (langar), smoking candles and rites that are in many respects reminiscent of Hindu traditions, come together to create a colourful, festival atmosphere.

Peasant farmers and superstitious city-dwellers alike make donations and sacrifices at the shrines in the hope that the saints will intercede for them in their endeavours. The various followers of this "people's Islam" are grouped together under the name Barelvis, after the Indian scholar Ahmad Raza Khan Barelvi, who died in 1921. They compete with the puritanical Deobandis and Ahl-e Hadith for the right to call themselves "true Sunnis".

Their opponents often accuse the Barelvis of shirk (polytheism) on the grounds that they revere saints. Their shrines have repeatedly been the targets of terrorist attacks by radical groups such as the Taliban. After 9/11, Pakistan's leader at the time, Pervez Musharraf, began to promote the Barelvis as a counter-narrative to the extremist ideologies of al-Qaida and the Taliban.

Since then, Barelvis have been portrayed in Pakistani films and soaps as the embodiment of traditional, peaceful, Pakistani Islam: the more tolerant side of the religion, diametrically opposed to the radical groups of the Taliban, Sipah Sahaba or Lashkar-e Jhangvi. The portrayal is an attempt to reinforce Pakistan's soft image to the outside world. 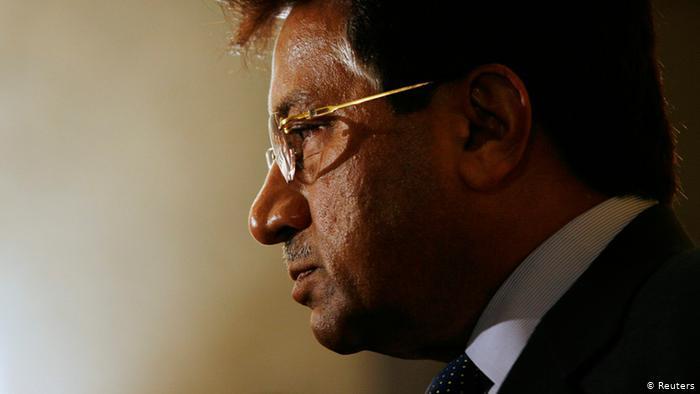 After 9/11, Pakistan's leader Pervez Musharraf (pictured here) "began to promote the Barelvis as a counter-narrative to the extremist ideologies of al-Qaida and the Taliban. Since then, Barelvis have been portrayed in Pakistani films and soaps as the embodiment of traditional, peaceful, Pakistani Islam," writes Mohammad Luqman

In the 1980s, by contrast, Zia ul Haq's military dictatorship had promoted the Ahl-e Hadith and Deobandi schools of thought at the cost of the Barelvis, although the latter represent the majority in Pakistan.

But it would be an over-simplification to represent the major Sunni schools of thought as a straight dichotomy. The reason for this is that, over the last few years, radicalisation within the Barelvi movement has been on the rise.

The trend is personified by the preacher Khadim Hussein Rizvi, who has become notorious for his rabble-rousing speeches and vulgar rhetoric. Until a few years ago, Rizvi was not widely known. An employee of the religious authority in Punjab, he preached unchecked in a Lahore mosque. He only became known to a wider audience after the assassination of Salman Taseer, the governor of Punjab, in 2011.

Taseer, who was known as a liberal, was shot dead by his own bodyguard – a Barelvi – for his criticism of the blasphemy laws. The murderer claimed to have been protecting the honour of the Prophet. Rizvi not only condoned the killing, but called for the murderer's immediate release, saying that death is the only permissible punishment for any insult to the Prophet.  Before the year was out, Rizvi founded the Barelvi political party Tehreek-e-Labbaik Pakistan (TLP) with the aim of further tightening the blasphemy laws.

The cleric first came to national prominence in 2017 in the course of a debate about an apparent loosening of the "finality clause" in Pakistani electoral law, or to be more precise in the phrasing on the candidates' form, where the wording had been changed from "I solemnly swear" to "I believe".

Pressure on the judiciary

The TLP saw this as a concession to the Ahmadi minority. Rizvi reacted by leading his incensed followers on a protest march to Islamabad and blocking one of the capital's most important crossroads for weeks with a sit-in (dharna). He made inflammatory speeches calling for the justice minister to resign and all the "instigators" of the change in wording to be punished. He and his followers were prepared to go to extremes, he said, for the belief in the finality of the Prophet (Khatm-e Nubuwwat) and his honour.

The media blackout on Rizvi's protest imposed by the government did nothing to stop millions of Pakistanis consuming the mullah's messages via social media. Ultimately, the justice minister was forced to step down and all TLP members who had been arrested were released without charge. A video that was subsequently released showing a general handing out money to the men who had been released fed the rumours that the army had mobilised Rizvi's movement in order to put pressure on Prime Minister Sharif. The suspicion may not have been all that far off the mark.

After Pakistan's supreme court acquitted the Christian woman Asia Bibi of blasphemy, TLP followers began rioting across the country once again. Barelvi scholars made public calls for Asia to be executed, and the chief justice along with her.

Violence has spread to Europe

Attacks by violent Barelvi mobs and individuals have now become an everyday occurrence in Pakistan. Again and again, intellectuals, bloggers and liberal activists are accused of blasphemy and persecuted by TLP followers.

The murder of the college lecturer Khalid Hameed in early 2019 came as a particular shock. In this case, a student brutally killed his own teacher in his office for supposedly committing blasphemy, stabbing him multiple times. Afterwards, the murderer said he had been inspired by Khadim Hussain Rizvi.

Radicalisation tendencies have long since reached the Barelvi diaspora in Europe. Indeed similar incidents are on the rise there too.

In 2016, a radicalised Barelvi killed the shopkeeper Asad Shah in Scotland for supposedly disrespecting Islam. And in 2019, the Barelvi Dawat-e Islami movement held a Day of the Prophet in the German city of Offenbach at which Barelvi scholars publicly celebrated Salman Taseer's assassin and openly threatened all blasphemers with death.

Zaheer Hassan Mahmood, who stabbed and seriously injured two people in Paris in September 2020, is also a member of the Barelvi Dawat-e Islami movement, and a follower of Khadim Hussein Rizvi. In a video claiming responsibility for the attack, he said he wanted to avenge insults to the Prophet. In Pakistan, TLP followers consider him a hero.

Mohammad Luqman took a degree in Islamic Studies at the University of Marburg's Centre for Middle Eastern Studies, with a focus on Islam in South Asia. He is currently working on his PhD at the University of Frankfurt, with a thesis on the relationship between religion and nationalism in Pakistan.

One year ago the Taliban returned to power, seizing Kabul; the U.S. and its allies made a panicked exit from the country. Of all the books written on the subject, four stand out ... END_OF_DOCUMENT_TOKEN_TO_BE_REPLACED

The Biden administration could have used Pakistan’s economic crisis to compel the country to sever its longstanding ties to terrorist groups. Instead, the U.S. protects and ... END_OF_DOCUMENT_TOKEN_TO_BE_REPLACED

When she ascended the throne, millions of Muslims still lived under British rule. Later, Elizabeth II appealed for tolerance in a multi-religious society. She was the first ... END_OF_DOCUMENT_TOKEN_TO_BE_REPLACED

No country in the Islamic world is influenced as strongly by the traditions of Sufi culture as Pakistan. Yet the Sufis there have been under attack from Islamic hardliners for ... END_OF_DOCUMENT_TOKEN_TO_BE_REPLACED 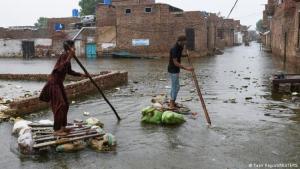 Floods have killed more than 900 people in Pakistan and destroyed about 220,000 homes. The government speaks of a "climate-induced humanitarian disaster of epic proportions". ... END_OF_DOCUMENT_TOKEN_TO_BE_REPLACED

END_OF_DOCUMENT_TOKEN_TO_BE_REPLACED
Social media
and networks
Subscribe to our
newsletter