This type of urban structure shapes the identity of those who are socially excluded and culturally stigmatised. They internalise social exclusion and make it an identity principle as well as a way of life. In turn, victimisation accentuates exclusion and becomes an aggravating factor insofar as the individual separates himself from society and no longer tries to enter it through normal channels.

In the majority of cases, this type of individual is of immigrant origin with a background that makes him a social reject or someone who suffers from "relative deprivation" (especially in the Scandinavian countries) or poverty and is at the same time treated as culturally inferior. They are often economically marginalised and they internalise this predicament and define themselves in an antagonistic manner towards society. To ensure their social promotion, they become deviant, members of gangs or more or less outlaw groups. In France, most of these districts are in the suburbs and are called "(poor) suburbs" (banlieues). Sometimes, the segregated district is not outside the city but part of it (like the "Northern districts" that are part of the city of Marseille or Neuhof, part of Strasbourg).

The suburban structure or that of isolated, poor and "segregated" neighbourhoods within the big city (as in Waltham Forest in London) or in the small town where exclusion and stigmatisation are even more accentuated (Lunel) promotes jihadism in many cases. This model is not only French. It exits but is less common, it is true, in Germany (one finds it in the Lohberg district of the city of Dinslaken), Sweden (e.g. the district of Rosengård in Malmö), Belgium (e.g. Molenbeek and Vilvoorde), Denmark (e.g. the districts of Mjølnerparken and Nørrebro in Copenhagen), and the Netherlands (e.g. the Overtoomse Veld district in Amsterdam). 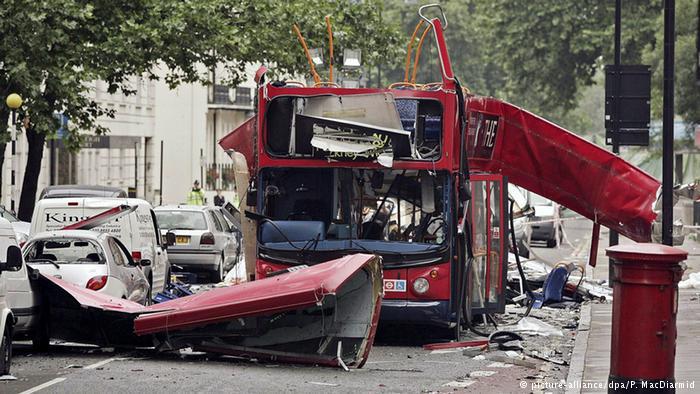 During rush hour on the morning of 7 July 2005, four Islamist suicide bombers detonated explosives, killing 56 people and injuring over 700. The bombers in question were home-grown jihadists

In everyday language, there is a whole vocabulary in Europe to emphasise the non-citizenship of these sons or grandsons of immigrants (girls and granddaughters are perceived differently and generally behave differently): in Sweden, they are modestly called "non-ethnically Swedish" individuals, much like the "French on paper" in France, "Passdeutschen" in Germany and even more pejoratively the "Pakis" (of Pakistani or more largely south-east Asian origin, with a strong depreciative nuance) in England, the "Perker" (with the same pejorative as the Paki in English) and in Denmark. "Arab", "Bougnoul", "Bicot", "Beur" are pejorative expressions used in France.

Political analyst Taqadum al-Khatib argues that Egypt can, in co-ordination with its European partners, develop a common vision to solve the complex conflict in Libya. For this to ... END_OF_DOCUMENT_TOKEN_TO_BE_REPLACED

At the suggestion of his Arab students, Israeli psychologist Ofer Grosbard created the project "Quranet", which uses texts from the Koran to solve educational problems in schools ... END_OF_DOCUMENT_TOKEN_TO_BE_REPLACED

Libyans have mixed feelings about the EU. On the one hand, they admire what Europeans have achieved, but on the other, they feel let down. Moutaz and Walid Ali report from Tripoli END_OF_DOCUMENT_TOKEN_TO_BE_REPLACED

Turkey's President Erdogan wants to create a second Bosphorus. The cost to the economy and environment would be enormous – and that's why Istanbul's mayor is attempting to stop ... END_OF_DOCUMENT_TOKEN_TO_BE_REPLACED

Libya is in turmoil and no political solution is in sight. The EU's inability to take concerted action in the country, meanwhile, is being exploited by third parties, such as ... END_OF_DOCUMENT_TOKEN_TO_BE_REPLACED

Contemporary artist Mona Hatoum is one of those figures whose presence in western capitals stimulates much attention and critical writing, while her exhibitions in Arab cities ... END_OF_DOCUMENT_TOKEN_TO_BE_REPLACED