The phoney fear of the ex-thinkers 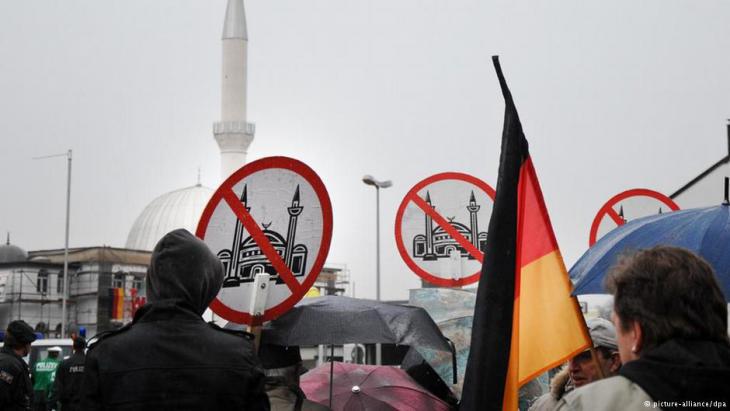 Fears about Islam unfounded: the results of a study by the Bertelsmann Foundation (January 2015) demonstrate the huge discrepancy between the popular image of Islam and how Muslims in Germany actually live. Most Muslims feel a deep sense of belonging. Law-abiding citizens, they count both Muslims and non-Muslims among their friends and acquaintances. Claims relating to parallel societies are simply not borne out by the reality

Are the scaremongers afraid of Muslims? My unequivocal answer is no. They, along with most other people, fly to countries with majority Muslim populations, countries like Egypt, Albania, Bahrain, Jordan, Dubai, Qatar, Indonesia, Yemen, Syria (before the war) Malaysia, the Maldives, Morocco, Oman, Pakistan, Tunisia, Turkey. The Muslim is master of the house there. Not so in Europe! I know many German ex-anarchists, ex-Maoists who have never had a problem being a guest of Arab sheiks and Muslim dictatorships. The hotels have five stars; the flights and the food are first-class. On the seventh day of his visit, one of these intellectuals, tipsy and having gained three kilos in weight, exclaimed: “This is all lovely, but I don′t know why I′m here.” Such questions reveal more than their speaker fears: a weak character. The cunning oil sheik grinned. But he didn′t give the answer out loud: publicity for Dubai. The same intellectual now tells anyone who will listen that he is afraid of Islam.

Islam is a religion and, like all religions, it has several faces. Anyone who doesn′t know this should read the Bible thoroughly and learn about witch trials, crusades and, if he has the stomach for it, the atrocities committed by Christian colonisers in Africa, Asia and Latin America. No, an intellectual can′t be afraid of a religion, or he doesn′t deserve to be called an intellectual. The venerable gentlemen seated at their usual table in the bar feel something else: contempt, born of arrogance. And they usually feel it towards foreigners from poor countries, from former colonies.

The vilification of refugees

After the second bottle of wine, conspiracy theorists may make you laugh. But in a sober state they seem feeble-minded, hysterically searching for ways to make Jews responsible for everything that goes wrong, even if al-Qaida officially claimed responsibility for the 9/11 terrorist attacks in New York. From the appearance of the anti-Semitic ″Protocols of the Elders of Zion″ all the way to the present day, nine out of ten conspiracy theories have ended in anti-Semitism.

Now Reinhard Jirgl has revealed that the refugees are part of a global conspiracy, not led by Putin or Assad, but by the USA, whose intention is to ″further deregulate Europe, economically and politically″. And that the Germans, ″the unsuspecting natives″ are in the firm grip of the USA. These abstruse thoughts appear in Reinhard Jirgl′s article ″The unsuspecting natives″ (″Tumult″, Winter 2016, p.7 ff).

Its language and content are very reminiscent of speeches by the far-right ideologues among German expellees in the 70s. And that′s how he wants to solve the problems of 2016!
This is no longer Islamophobia. This displays an alarming level of arrogance towards the Germans, whom his article paints as feeble-minded, not to mention towards the suffering of millions of people who have fled from a hail of bombs and who need help.

To my mind, the idea that this is a US conspiracy against Germany and Europe is clearly anti-Semitic. I suspect that Jirgl has internalised Udo Ulfkotte, a PEGIDA follower and conspiracy theorist. Ulfkotte′s book ″Holy War in Europe″ presents an image from his alarming fantasies of a ″secret plan to infiltrate non-Muslim states″ – dark forces that have pledged to destroy Germany. This is the modern translation of the invented ″Protocols of the Elders of Zion″, remodelled for Muslims. Do we need any further evidence to see where these gentlemen are heading?

Few Muslims have to date visited the Auschwitz-Birkenau concentration camp memorial site. Now high-ranking representatives of Muslims and Jews are travelling together to the place ... END_OF_DOCUMENT_TOKEN_TO_BE_REPLACED

The terror attacks in Paris, Brussels and Berlin were all carried out by men radicalised in jail. In Germany, politics and the judiciary are trying out new approaches to prevent ... END_OF_DOCUMENT_TOKEN_TO_BE_REPLACED

Elke Muller is fighting for her daughter Anna, who fell in love with a young Afghan and converted to Islam. The mother spoke to Esther Felden about feeling alienated and her fear ... END_OF_DOCUMENT_TOKEN_TO_BE_REPLACED

As historian Wiiliam Dalrymple writes in his essay, scholars are only now beginning to realise the extent to which the Mughal emperors adopted what most would assume to be ... END_OF_DOCUMENT_TOKEN_TO_BE_REPLACED