Skip to main content
Rainer Hermann: Where is Turkey Heading?

The Illusion of National Homogeneity

Rainer Hermann is one of Germany's most respected and important foreign correspondents. He is now set to leave Turkey for Dubai, after 17 years. His recent book draws on his experiences in the country over that time. Semiran Kaya on an outstanding piece of writing 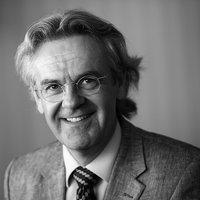 ​​Writing about Turkey means writing about contradictions. There is barely any other country that produces such a range of differing images and emotions as Turkey. Rainer Hermann's book, "Wohin geht die türkische Gesellschaft?" (Where is Turkey Heading?), explains why that's the case, and why normal changes to legislation might reform the country from top to bottom – or plunge it into political disaster.

Divided into three large sections, the book takes the reader on an unusual journey. Focusing on changes in Turkish society over the past ten years in particular, Hermann illustrates why the country is threatened with collapse although it is actually seeking a cure. Even for experts, the tangles of political, economical and military connections are sometimes difficult to unravel. So the book benefits from the fact that its author is an experienced journalist. Not only because Hermann is capable of presenting complicated facts in simple form, but also because he has spent the past 17 years living in Turkey and can therefore provide a far-reaching expert insight into the country.

Hermann hits the nail on the head, quoting a 1950s newspaper headline to express Turkey's main problem even today: "People Flood Bathing Resorts, Citizens Unable to Swim." This headline sums up the prevailing Kemalist view of the state at the time – on the one hand are the citizens, who make up the polity – and on the other hand the uneducated "people", who play no role whatsoever for the state and its politics.

Today, however, the once uneducated religious Anatolian "people" have evolved into normal citizens. The ruling AKP is a new rival to the old Kemalist elite, rising from the very group that Mustafa Kemal wanted to exclude from the concept of the state he founded: religious Muslims.

Laicism as a subsititute for religion? Followers of Mustafa Kemal Atatürk demonstrate against the AKP government of Erdogan

​​Hermann provides a convincing explanation of why accusations that the AKP is Islamifying Turkey are not accurate. In fact, he writes, it is the military that is nationalising religion. The author describes in sober tones how effectively laicism, once created by Atatürk's "social dictatorship", became a stand-in for religion, powering the nationalism present across Turkish society. Yet this laicism is increasingly losing its effect, he writes, and just as some citizens love their national flag more than the country itself, nationalism is becoming a force in its own right and taking on the nature of a fetish.

Hermann, an economist with a PhD in Islam Studies, applies his own typical mix of affection for the country coupled with cold-blooded economics and rational analysis to great effect, describing the radical changes in Turkish society with a great eye for precision. Even for experts on Turkey, his book will yield plenty of new and interesting material – for example the fact that the army general staff is allowed to authorise its own defence budget.

Bismarck and the docklands pragmatist

Hermann's main theory is that the election of the Islamic AKP, launching a counter-elite in Turkey, saw the beginning of a "clash of civilisations". Drastic changes in society are unmasking the nation's homogeneity as a fiction. Changes that have established a visible face of religion not only in politics, but also in society itself, and a debate that Arab countries are following with interest. But the book also reflects on German history: Turkey's clash of the civilisations displays unmistakable parallels with that under Reich Chancellor Bismarck, according to the author.

​​Hermann provides an impressive description of how Turkish society is increasingly freeing itself from the constraints of Kemalism and more and more citizens are beginning to define their identity via their culture, beyond the official ideology of state-defined "Turkishness". The author describes Prime Minister Recep Tayip Erdogan as a "pragmatic politician from the docklands" who wants to increase scope for democracy despite the religious and military factors.

This is an excitingly complex book that reads at times like a whodunnit. Not because Hermann presents the reader with a veritable "Who's Who" of the Turkish underworld, complete with links to the highest levels of politics and the military, but because he grants the reader an incredibly informative and bizarre insight into the country's political mechanisms. The author explains why authoritarian-leaning states such as Turkey prefer to struggle with the same problems over and over, taking up arms if necessary but only creating more conflict potential in the process, rather than relying on democracy and granting freedoms.

Required reading for Merkel and Sarkozy

​​While there could have been more reportage articles in the book and the odd name might well have been omitted to make it easier to get through, the book is a fascinating read. It certainly stands out from the ranks of German-language non-fiction on Turkey, providing a staunch defence of the reform thinkers the country has produced in the course of its history.

Be it the military, the headscarf debate, "honour killings" or EU accession – Hermann illustrates that the current conflicts raging between the young and old elites are rooted in Turkey's history. Regardless of the reader's political position on Turkey, this book provides objective insights and background knowledge. The third part ought to be required reading for Nicolas Sarkozy and Angela Merkel, describing the country's riches and debts in a most impressive manner.

There are few books offering such convincing and critical arguments to support the radical changes taking place in Turkish society. This is Rainer Hermann's fond farewell to the country he lived in for 17 years – he is now leaving Turkey to work as a correspondent in Dubai.

Turkey's Political Tug of War
Enlightenment in the Defensive
Tensions are growing between Turkey's governing AKP party and its Kemalist opponents - and a perplexed Europe looks on. The Turkish-German author Zafer Senocak sketches the opposing forces, which Europe often finds difficult to pigeonhole