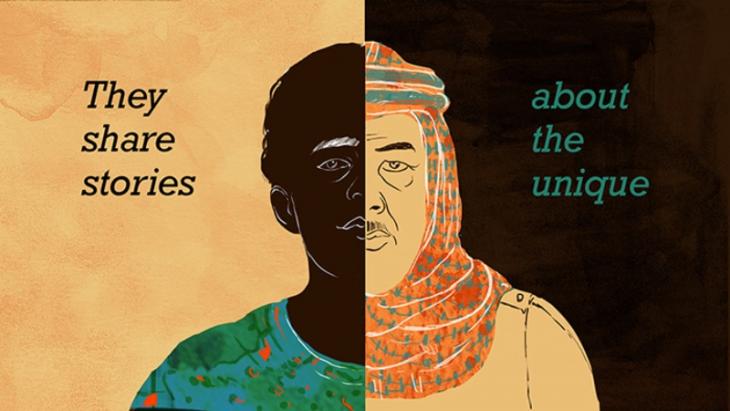 Journalist Rana Sweis spent a period of nearly two years interviewing people of different backgrounds in Jordan. "Voices of Jordan" is a fascinating compilation of the portraits she penned during this time. By Martina Sabra

When reading about the aftermath of the events of 2011 in the Western media, one regularly encounters comments such as "the Arab Spring gave way to a harsh winter" or "democratic awakening aborted". With the exception of Tunisia, the coups, demonstrations and revolts in the MENA region have yielded only crises, war and even more brutal dictators. At best, people have been able to come to an arrangement with the authoritarian regimes that govern them; ultimately, stability is what matters most.

A perspective on the Middle East and North Africa which is fixed on broader global politics in such a way blinds us to what made the events of 2011 possible in the first place: on the one hand, rapid social and cultural changes in the region and on the other, individual people, with personal aims in life, expectations, hopes and aspirations.

A realistic picture of society

Until recently, the same was also true for Jordan. This small kingdom is recognised primarily for its role as an "anchor of stability" in the Middle East, as a mediating power between arch-enemies Israel and Iran, and as a host country for refugees from Syria. By contrast, Jordanʹs cultural, religious and ethnic diversity and the social and socio-economic dynamics of Jordanian society are paid little attention. 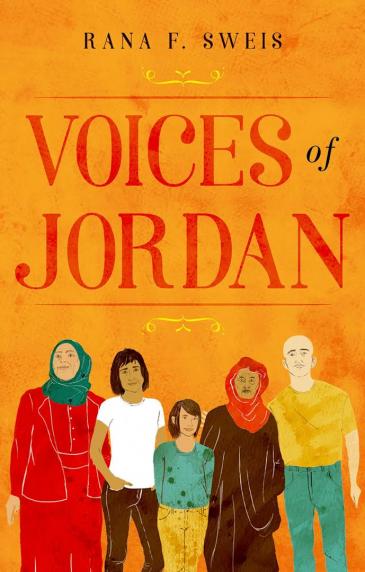 Sweisʹ portraits create a fascinating mosaic of Jordanian society – a society which is anything but static, instead undergoing a perceptible process of upheaval and awakening, with no certainty as to where the path will lead

Sweis, who has spent years working for The New York Times and The Huffington Post, among others, met with a total of ten "protagonists" and their families in Jordan for multiple interviews over a period of two years, sometimes more, and asked them about their problems, their hopes and dreams for a better future.

The interviewees include a prominent parliamentary representative from Jerash, a gymnast, a well-known caricaturist, a fashion influencer from Amman, a radical Salafist from Russeifa, a young Bedouin soldier from deepest southern Jordan, an estate agent from Fuheis, a wife and mother who fled Syria and – last but not least – a family man from the heavily Palestinian city of Zarqa, who migrated to the USA with his wife and children in 2012.

Though perhaps not strictly representative, Sweisʹ selection of interviewees gives a realistic snapshot of society and allows for exciting breaks in perspective as her "protagonists" are a mixture of young, old, Christian, Muslim, Arabs, Circassians, people of Palestinian heritage and even "East Bank Jordanians".

Sweis doesnʹt reproduce the interviews word for word. She weaves the tales, scattering her conversations with facts on Jordanʹs history and the state of politics and society in the country today. Among these are passages in which Sweis describes in detail how and where the conversations took place. At times, she also includes the protagonistsʹ friends and relatives. This creates fascinating, multi-layered family portraits, mixing the personal with the political.

Sweis succeeds in creating an impressive sense of intimacy while maintaining a respectful distance where appropriate. Some of her protagonists are rather hesitant when it comes to private matters. Others speak intimately about emotional conflicts and crises. Nothing is off the table: religion, family, marriage, sexual relationships, as well as political and economic problems.

The young Bedouin soldier Sultan Al Maznah explains the concerns for material security that made him intent on becoming a soldier and why he preferred to stay in his village with his wife rather than move to the city. The prominent caricaturist Omar Al Abdallat speaks candidly about his creative crises and describes in vivid detail his experiences with censorship and self-censorship in media companies.

The lawyer and womenʹs rights campaigner Wafa Bani Mustafa is proud to have made it into Jordanʹs Parliament as a young woman, but she also speaks openly about her fear of not meeting the expectations of her fellow citizens in her role as a parliamentary representative. The unemployed father Naser Farhan describes his personal background as a Salafist and is puzzled because his own son is so ideologically radical and intolerant that he himself can no longer get through to him.

A desire for freedom

A recurring theme in the interviews is the desire for greater freedom and justice, both within the family and in the country at large. There is also a powerful desire for traditional authority figures, both privately and politically. "Jordan is like a microcosm of the Arab region with all its diversity, its frustrations and its hopes for a better future", writes the former Jordanian prime minister Abdelkarim Kabariti in the foreword. "The people who have had an opportunity to speak in this book long for better government leadership, genuine elections, economic prosperity and individual fulfilment."

Kabariti believes a comprehensive debate on values is required: "If the Arab world wants to shift towards a pluralistic society, a new kind of discourse is necessary – one which respects ethnic backgrounds, religion, culture, gender and world view. A discourse which not only names the challenges facing the region but begins to solve them."

Sweis explains that she intended to address a western audience with her book. However, in the course of the interviews, she became aware that her book could be of interest to Jordanians themselves because they often know surprisingly little about one another. "We might be living in the same house, but we donʹt know our neighbours," writes Sweis.

Viewed as a whole, Sweisʹ portraits create a fascinating mosaic of Jordanian society – a society which is anything but static, instead undergoing a perceptible process of upheaval and awakening, with no certainty as to where the path will lead. Reading this book might cause us to look differently at the events of 2011, because the changes that the book illuminates were underway long before 2011 and are still ongoing.

According to this view, the Arab Spring was more than a failed revolution; it was the culmination of a long-term process of societal transformation which was seeking political expression. Any attempt to suppress this transformation in the name of stability of any kind is, therefore, a dubious undertaking.

When times are tough, the exchange of ideas and perspectives becomes especially important. It takes dialogue. And at Deutsche Welle, we need distributors and cooperative partners ... END_OF_DOCUMENT_TOKEN_TO_BE_REPLACED

Women in the Levant have long used needlework to depict the region’s history, its landscapes, customs and traditions. Intricately embroidered panels, varying in style, colour and ... END_OF_DOCUMENT_TOKEN_TO_BE_REPLACED

A straightforward message emerged from last week’s meeting in the Negev desert of the foreign ministers of four Arab countries, Israel and the United States: Israel is key to the ... END_OF_DOCUMENT_TOKEN_TO_BE_REPLACED

Israelis, Arabs and Iranians are landing back in their home countries to the tearful relief of relatives, as evacuations of nationals caught up in the Russian invasion of Ukraine ... END_OF_DOCUMENT_TOKEN_TO_BE_REPLACED

A number of Arab League member states have announced in recent weeks that they intend resuming relations with the Syrian regime. A potential invitation to the Arab League summit ... END_OF_DOCUMENT_TOKEN_TO_BE_REPLACED

How can we expect Jordanian women to participate fully in political life if they know that they don’t enjoy the same legal status as their male counterparts, or the constitutional ... END_OF_DOCUMENT_TOKEN_TO_BE_REPLACED
Author:
Martina Sabra
Date:
Mail:
Send via mail

END_OF_DOCUMENT_TOKEN_TO_BE_REPLACED
Social media
and networks
Subscribe to our
newsletter