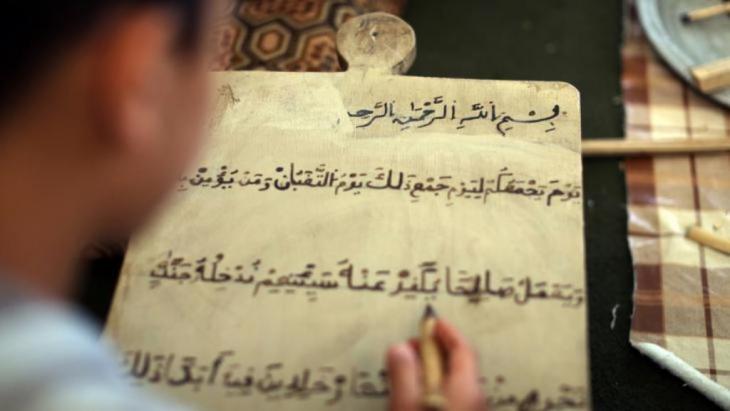 How readers approach the Koran and Islam's prophetic tradition determines their understanding of these sources. Textual interpretation depends on your perspective: rational and liberal – or dogmatic. A new collection of essays on rationality in Islamic theology focuses on the sheer scope to be found in early Islam. By Musa Bagrac

It is often said that there is no one "Islam". Muslim intellectuals are keen to stress that there have always been many different voices throughout the history of Islam. An examination of the early years of Islamic thought provides inspiration for ways in which this diverse culture of debate, which thrived in the first centuries of Islamic history, might be revived in the present day.

The fault line in the history of Islamic thought has always run between reason and revelation. That said, the question as to what humans can know and what they have to believe in, is much older. The book with the appropriate title Rationalität in der islamischen Theologie ('Rationality in Islamic theology') provides an overview of the key areas debated by the advocates of reason (ahl ar-ra'y) and the adherents of tradition (ahl al-hadīth) during Islam's early years.

The debate was primarily between the rational Mu'tazila movement and the traditional Ash'ariyya, which generally upheld the authority of the clerics. Other movements, such as the Maturidiyya, Shia and mystics did however also get involved. The dispute basically centred on the question as to whether ethically correct behaviour can be derived from reason or from revelation, and which of these schools of thought should dominate the Muslim political order.

Heated debate about free will

Considering the political consequences of such a seemingly harmless question, it is obvious why discussions remain lively to this day. After all, depending on how the Koran and the prophetic tradition are read – whether from a rational, liberal perspective or from a text-centric, dogmatic perspective – the outcome will be completely different. 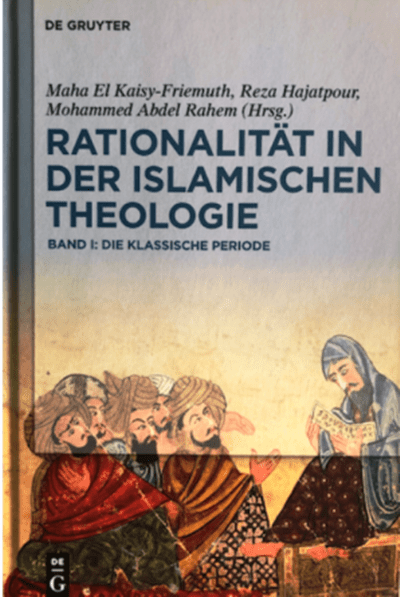 The legacy of rationality in Islamic theology: the anthology demonstrates the importance of a rational approach to revealed texts. The contributions deal with the arguments of Muʿtaziliten, Aschʿariten and Māturīditen and their rational approach to the interpretation of the Koran and Hadith. Modern thinkers have been inspired in their reform discussions by their arguments, which still hold true today

Debate about human free will was very heated: if humans are free, then they are responsible for their happiness in life. If, however, their fates are predetermined, anticipatory obedience is expected of them. In other words, they are expected to simply carry out instructions.

This explains why scholars risked their lives to examine the arguments put forward in great detail and to develop theories on the basis of their findings, revising or rejecting their narratives if and when new evidence appeared.

The classical age of Islamic thought was characterised by a high tolerance of ambiguity, despite the very real personal risks to those involved. The essays in this book show just how controversial positions adopted at the time were.

Even before its canonisation, the Koran was subject to a range of different interpretations: those of a more liberal bent read the text very differently to those with a dogmatic outlook.

This had an impact on the subsequent vocalisation of the text and the introduction of diacritics, which alters both Arabic grammar and the meaning of a text. God's central place and the validity of the Koranic text were the only aspects not to be affected by all this.

Different readings of the Koran

When it came to interpreting the Koran, the different stances of the various theological schools became apparent.

The question regarding which verses of the Koran are unambiguous (muhkam) and which are ambiguous (mutašabih) is the perfect example. The issue remains unanswered to this day.

The rational Mu'tazila movement, on the other hand, felt that this verse verified its own, liberal attitude. At this point it is important to mention the question of timing and contextual background (asbāb an-nuzūl).

The method remains controversial, since this verse is subject to different and even contradictory reasons or places of revelation. Rival camps, in a bid to strengthen their argument, would naturally select the contextual background relating to the revelation that best suited their own convictions. Under such circumstances determining the asbāb an-nuzūl with ultimate certainty was impossible. The weakness of the discipline is obvious and underlines the need for more reliable methods – such as the historical-critical approach.

In "Iran. Die Freiheit ist weiblich", journalist Golineh Atai describes the dogged resistance of courageous Iranian women against the Islamic Republic and the mullahs who have ... END_OF_DOCUMENT_TOKEN_TO_BE_REPLACED

Egyptian authorities have Mada Masr in their sights once again after critical reporting. But the editor of the country's last independent news source is adamant they will continue ... END_OF_DOCUMENT_TOKEN_TO_BE_REPLACED

Like Christianity, Europe's history is one of migration. Both have strong roots in the Orient and in cultures thousands of years old. Cultural historian Bernhard Braun invites us ... END_OF_DOCUMENT_TOKEN_TO_BE_REPLACED

Russia is leaving no stone unturned in its attempts to make the Islamic Republic an ally in the war against Ukraine. Fortunately for Vladimir Putin, the mullahs in Tehran are ... END_OF_DOCUMENT_TOKEN_TO_BE_REPLACED

Attitudes towards Rohingya people in Myanmar have shifted, due in part to the civil war. But this does nothing to alleviate their misery. By Rodion Ebbighausen END_OF_DOCUMENT_TOKEN_TO_BE_REPLACED

END_OF_DOCUMENT_TOKEN_TO_BE_REPLACED
Social media
and networks
Subscribe to our
newsletter