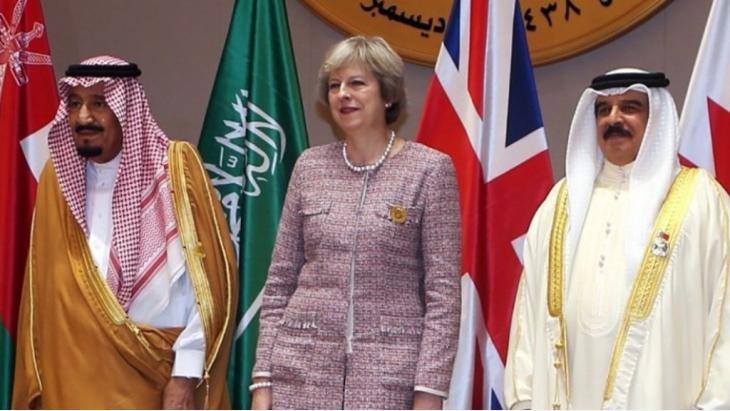 A reconfiguration of relations between the West and the Arab world is in the offing. Utopia it will not be, but it may result in a more harmonious and balanced political situation, writes BBC radio journalist and Middle East expert Neville Teller

Exactly five hundred years ago, in 1516, the renowned English statesman and social philosopher Sir Thomas More published ″Utopia″, a novel in which he pictured an imaginary island where a totally just government had created the perfect society. More, however, was under no illusion that paradise is attainable in this wicked world – which is why the two Greek words from which ″Utopia″ is constructed translate as ″nowhere″.

In the real world, where imperfect societies abound, it is certainly incumbent on everyone to strive to eliminate injustice and improve life for humanity in general. But it is also necessary to recognise who your friends are – imperfect though they may be – and which are the malign forces that seek global power and domination.

Traditional ally of the West

On 6 December 2016 Britain′s prime minister, Theresa May, travelled to Bahrain to meet members of the Gulf Co-operation Council (GCC) gathered in the capital, Manama, for the organisation′s 37th summit. The GCC, established in 1981, consists of Bahrain, Kuwait, Oman, Qatar, Saudi Arabia and the United Arab Emirates and comprises around 15 percent of the Arab world.

Individually the member states of the GCC are far from Utopia – some further than others. But collectively and with certain reservations, they are friends of the West. Assuredly none seeks regional hegemony or world domination. Nonetheless when Theresa May′s visit was announced it aroused a storm of protest both within the UK and beyond.

Iran′s propaganda medium, PressTV, broadcasting in English around the clock, was quick to publicise the objections of the Islamic Human Rights Commission (IHRC), a UK-based hard-line Khomeneist non-governmental organisation. Earlier in 2016 this group bestowed their ′Islamophobe of the Year′ award to the murdered staff of Charlie Hebdo. At their awards ceremony the IHRC joked about what a shame it was that none of the staff of Charlie Hebdo were around to collect it. 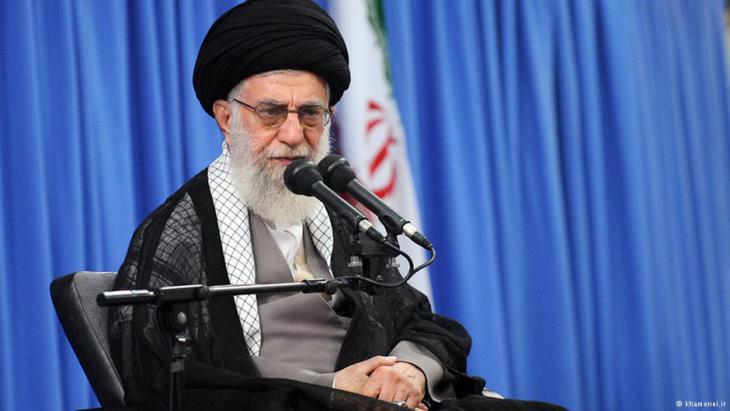 A new chapter in Iranian-British relations: Theresa May came in for harsh criticism from Iran′s Revolutionary Leader following her description of Iran as a ″threat″ to the Gulf and the ″rest of the Middle East″ during a recent meeting of the Gulf Co-operation Council. The British ambassador was summoned to the Iranian Foreign Office for an explanation. Following a break in relations lasting five years, both countries have only recently re-opened diplomatic channels of communication. The Iranian Foreign Office is warning that statements such as May′s can only have a detrimental impact on relations

It is not likely, therefore, that Mrs May took much notice of the letter that arrived at 10 Downing Street, urging her to cancel her projected meeting with GCC Arab monarchies because it ″shows a glaring disregard for human rights and also a dangerous message of approval to the leaders of GCC regimes who continue to perpetrate human rights abuses against their own and other citizens.″

It is no surprise that the IHRC took a swipe also at Saudi Arabia for the military coalition it is leading in Yemen, where it is countering the efforts of the Iranian-backed Houthi rebels to overthrow the legitimate government. The Saudi effort is backed by the US and the UK. Also roundly condemned by the IHRC was Britain′s continued support for Saudi Arabia and Bahrain by way of weapons and intelligence.

The IHRC is playing the long-established game of using the tools of democracy to destabilise democracy itself. Amnesty International (AI) is a non-governmental organisation founded in the UK in 1961 whose self-assigned purpose is to draw attention to human rights abuses and to mobilise public opinion to put pressure on governments that let abuse take place. It is therefore to be expected that AI puts under scrutiny the value and independence of two UK-supported human rights institutions set up in Bahrain. The bodies, the Ombudsman of the Ministry of Interior and the special investigations unit within the public prosecution, were established in 2012 following a fierce crackdown by the Bahraini government on protests the previous year.

Whereas the British Foreign Office believes the two institutions show the government in Manama is willing to respond to western pressure and the then foreign secretary, Philip Hammond, told the House of Commons in January 2015 that Bahrain was ″a country which is travelling in the right direction″, AI′s head of policy and government affairs, Allan Hogarth, said: ″It was a welcome move when Bahrain set up these two bodies back in 2012, but it′s utterly disingenuous of the UK government to pretend they′re delivering substantial human rights reform in Bahrain. Instead of acting as overexcited cheerleaders for Bahrain′s woefully inadequate reforms, UK ministers ought to be confronting the awkward reality that these UK-backed institutions are seriously flawed and widely seen as a PR tool of the Bahraini government.″ 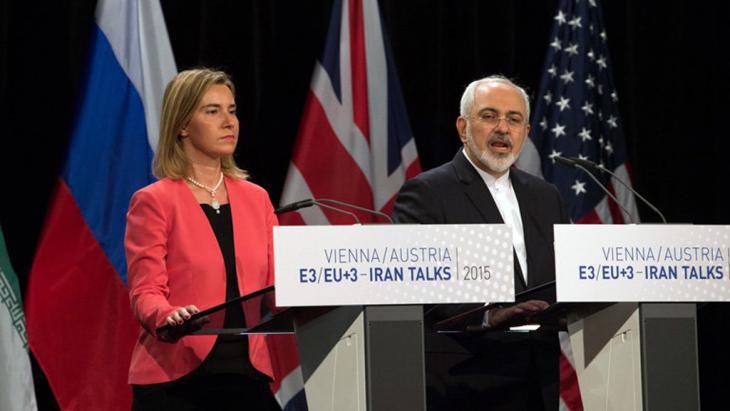 "As regards the UK, the Gulf states, always strongly Anglophile, found their sympathies severely strained by the British government′s support for the Iran deal. If in the future Theresa May takes a more hardline approach towards Iran, she would ease this tension – and indeed she is likely to do so, if only to align British foreign policy with that of President-elect Trump," writes Neville Teller

Amnesty International is fulfilling its self-imposed remit by pressing Bahrain to improve human rights within the kingdom. It can do nothing about an outside pressure group like the IHRC, with its strong Iranian links, jumping on the bandwagon for its own, less savoury, purposes.

An important aspect of Theresa May′s visit to the Gulf has been to rebuild relations with the Middle East, following the truly disastrous results of the Obama administration′s policies in the region. Obama began his presidency by trying to reassure the Muslim world of America′s respect for Islam and his intention to avoid its past ″colonialist″ interference.

He ended by having empowered the Arab world′s greatest enemy, Iran, through the deal that ensures that Iran will become a nuclear power within 10-15 years. He consistently supported the Muslim Brotherhood, declared a terrorist organisation by Egypt, Saudi Arabia and other Arab states. His refusal to engage wholeheartedly against the enemies of stability in the Middle East, such as President Assad of Syria and Islamic State (IS) in Syria and Iraq, left a power vacuum which Russia′s President Vladimir Putin was quick to fill. As a result confidence in, not to say respect for, the USA has been severely shaken in the Arab world.

As regards the UK, the Gulf states, always strongly Anglophile, found their sympathies severely strained by the British government′s support for the Iran deal. If in the future Theresa May takes a more hardline approach towards Iran, she would ease this tension – and indeed she is likely to do so, if only to align British foreign policy with that of President-elect Trump.

With foreign policy hawks such as General Mike Flynn,Trump′s new National Security Advisor, occupying senior posts in the next administration, the Iran deal – or at least the way it is currently being administered – is unlikely to survive. Amending the Iran deal, or at least imposing rigorous compliance with its terms on Iran, would help Washington repair relations with traditional allies such as Egypt and Saudi Arabia, to say nothing of Israel, alienated by Obama′s pro-Iranian policies.

It seems pretty certain that a reconfiguration of relations between the West and the Arab world is in the offing. Utopia it will not be, but it may result in a more harmonious and balanced situation in which friends are supported and malign forces are opposed not appeased.

Home
Print
Newsletter
More on this topic
Iran and Saudi Arabia: A plea for Islamic toleranceSaudi-Iranian rivalry: And the winner is...Saudi Arabia's nuclear plans and Iran: Is a nuclear arms race looming in the Gulf?
Related Topics
Barack Obama, Democracy and civil society, Donald Trump, Economy, History of the Near and Middle East, Human rights, Iranian nuclear programme, Islam and the West, U.S. policy in the Middle East
All Topics

The rollout of coronavirus vaccines in the Middle East and North Africa is already taking place on a massive scale, with the United Arab Emirates leading the way. Nevertheless, ... END_OF_DOCUMENT_TOKEN_TO_BE_REPLACED

German Middle East analyst Guido Steinberg and television journalist Ulrich Tilgner have both published new books on the conflicts in the Middle East. Their analyses and their ... END_OF_DOCUMENT_TOKEN_TO_BE_REPLACED

Saudi Arabia and its allies have agreed to set aside their differences with Qatar at a summit meeting of the Gulf Cooperation Council. The restoration of diplomatic relations ... END_OF_DOCUMENT_TOKEN_TO_BE_REPLACED

Ten years after the start of the Arabellion in North Africa and the Middle East, many view the movement as a failure. But rather than being over, it has now entered a more mature ... END_OF_DOCUMENT_TOKEN_TO_BE_REPLACED

A heated debate is raging in the Islamic world about whether the religious and political spheres in Islam are one and the same. Before this matter can be settled, the terms " ... END_OF_DOCUMENT_TOKEN_TO_BE_REPLACED
Author:
Neville Teller
Date:
Mail:
Send via mail

END_OF_DOCUMENT_TOKEN_TO_BE_REPLACED
Social media
and networks
Subscribe to our
newsletter