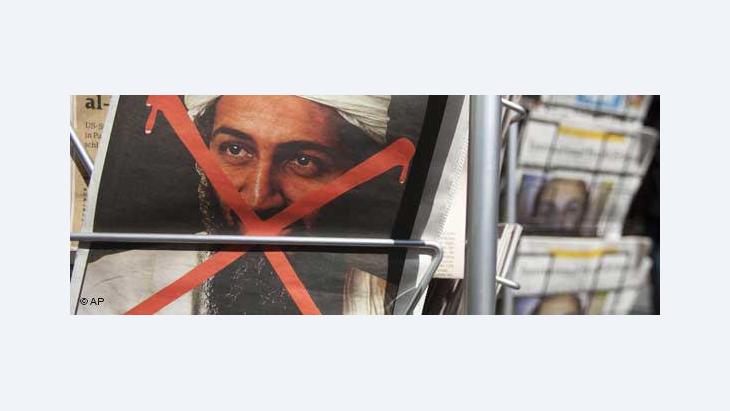 Reactions to the Death of Bin Laden from the Arab World

An End to the Confrontation?

﻿The killing of Bin Laden has been met with great relief primarily in Islamic countries with Shia populations, where it has also given rise to the hope that the rift between Sunni and Shia Muslims could now be diminished. Birgit Svensson reports

When US troops came close to tracking him down in 2006, Osama bin Laden made a promise that has now been fulfilled. He said he would die as a "free man" and never be taken prisoner by the Americans. He was probably alluding to the fate of Saddam Hussein, found by US soldiers in a hole in the ground where he had sought refuge from his pursuers. For many Iraqis, the pathetic sight of their once all-powerful ruler came as a shock, robbing them of any vestige of respect they might have had for the dictator.

Osama bin Laden's death in an exchange of fire in Pakistan spared him this fate, and for many in the Arab world he will remain a martyr who not only dared to defy the US, but also represented a very real challenge to the superpower. He became the world's most wanted man, the bugbear of the West.

In the East however, he was afforded a certain respect, initially at least. As increasing numbers of Muslims and Arab civilians became the target of Al Qaida attacks, the tide turned. And this is why the response to the news of his death has been largely positive here too.

The hopes of Shia Muslims 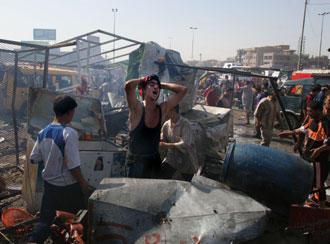 Hopes for an end to the violence: After the ousting of Saddam Hussein, Al Qaida terrorists targeted primarily Iraq's Shia population. Pictured: suicide attack in Sadr City, a Shiite majority quarter in Baghdad

​​The response has been especially elated in countries with Shia populations, coupled with the hope that the rift between Sunnis and Shias could now be diminished. A fanatical Sunni, bin Laden also used his innumerable video messages to call for Jihad – or holy war – against Shia Muslims. He viewed them as infidels on a par with Christians.

In Iraq above all, bombings of husseiniyas or Sunni places of worship carried out following incitement by bin Laden led to bloody clashes between the two branches of Islam. In Baghdad, this confrontation escalated into a devastating civil war between Sunni and Shia communities.

Unsurprisingly then, the Iraqi government reaction to the death of the Al Qaida chief has been one of satisfaction: "Terrorism doesn't stand a chance," crowed Iraqi Deputy Prime Minister Nuri al-Rose Shaways. "Even bin Laden can't hide forever."

In an interview with Qantara.de, Shaways predicts that the death of the world's top terrorist will erode Al Qaida's clout. Despite this, Iraq and other countries must remain on their guard. Even without bin Laden, terrorism will present no less of a threat. "They'll now be trying to show that the death of bin Laden is not affecting their activities," says Shaways, who envisages a dissolution of Al Qaida in the long term.

In Iraq, a country that has along with Afghanistan suffered the most at the hands of Al Qaida and its activities, periods between attacks have become considerably longer over the last two years. Shaways says this is proof that measures taken against the terror organisation have been a success.

Terrorism from both sides

The Deputy Prime Minister says there are still isolated cells in the provinces of Anbar and Diyala, north of Baghdad and also in Mosul, Iraq's third largest city in the north. But attacks conducted in recent months were no longer the work of Al Qaida, but the Ba'athists, members of the since banned Ba'ath party and supporters of Saddam Hussein, claims Shaways.

Terrorism in Iraq has always been carried out from two sides, he says. While Iraqi resistance to the occupation took shape immediately following the US invasion in early 2003, international Al Qaida terrorists arrived on the scene, allied themselves with Saddam loyalists and other extreme Islamic groups and founded a network called the "Islamic State of Iraq". Its goal is to establish a fundamentalist theocracy. The majority of Iraqis reject this concept.

No majority support for radical Islam

The radical interpretation of Islam does not enjoy majority support in other Middle Eastern countries either. Also interviewed by Qantara.de on the death of bin Laden, Wael Ghonem – co-initiator of the uprising in Egypt and leader of the Tahrir Square movement in Cairo – says it wasn't Osama bin Laden and his terrorist armies that toppled the regimes in Tunisia and Egypt, but a democratic youth movement. 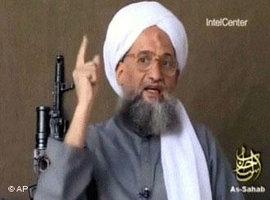 ​​Ghonem says it is a good thing that bin Laden is gone. It now appears likely that his deputy Ayman Al-Zawahiri – himself an Egyptian national – will step up to assume leadership of the organisation. Ghonem fears that he could re-establish contacts with the Muslim Brotherhood, if the group is now legitimised and afforded political influence.

In the 1970s, Zawahiri was a member of an Islamic group with close links to the Brotherhood. Ghonem says that for this reason, the possibility that Al Qaida may seek new ways of gaining ground post-bin Laden cannot be discounted.

The writer and journalist Marwan Bishara, himself a Christian Palestinian with an Israeli passport, also believes the US has now closed a chapter in its war on international terrorism and Al Qaida. But, he says, it will be a long while before the book that is terrorism has been finally written.

An idea doesn't die as quickly as a person. For the spokesman of the Palestinian Liberation Organisation (PLO) Ghassan Khatib, although the death of bin Laden may have brought the world a small step closer to peace, the fact that people in the region are still ready to resort to violence still remains.

Home
Print
Newsletter
More on this topic
Commentary on the Death of Bin Laden: A Little Help from a FoeArab Reactions to Bin Laden's Death: Al Qaida – A Lost Cause?Arab Popular Uprisings and al-Qaida
Related Topics
All Topics
Date:
Mail:
Send via mail