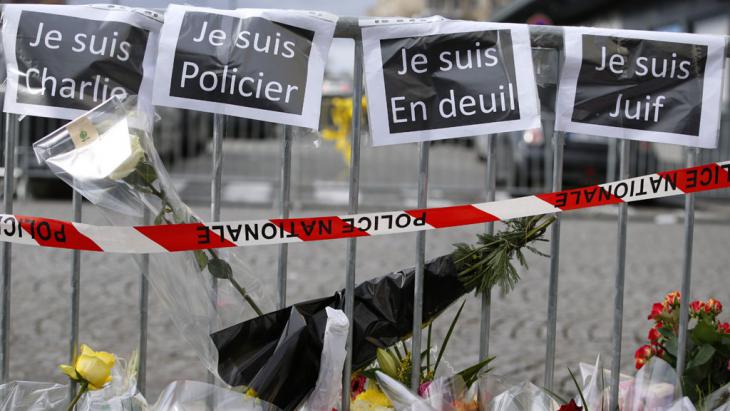 Reactions to the Paris attacks
Religiousness is not the problem

The brutal attacks perpetrated by Islamist terrorists in Paris have shocked Europe and the world. Although Felix Steiner is angered by the fact that these attacks discredit not only Islam, but belief in God in general, he is adamant that there can be no compromise on tolerance

It's time for a declaration: I'm a Catholic. And I'm glad to be one. My faith gives me strength and the good feeling that I'm more than just a quirk of nature, more than a biological accident that came out of nowhere and will eventually disappear into nothingness once again.

I am a reflection of God, Yahweh to the Jews, Allah to the Muslims. This is written in the Book of Genesis, Holy Scripture for both Jews and Christians. And because of my faith, I – like everyone else in the world – have dignity; an inviolable dignity that must be respected and protected by all state authority. It is no coincidence – in fact it is for this very reason – that these words appear in the first sentence of Article 1 of Germany's constitution, the Basic Law.

If someone doesn't need the support of faith, that's fine. The free societies of the West don't force anyone to believe in one specific faith, or indeed anything at all. But even if the nature of my faith doesn't matter to the German state, the state nonetheless stands on the side of all believers: it guarantees the "undisturbed practice of religion". That too is anchored in the German constitution. For this reason, I do not have to accept, for example, when a naked young woman jumps on the altar of Cologne Cathedral during Christmas mass and calls out "I am God". But I can be happy about the fact that she was fined for doing so. 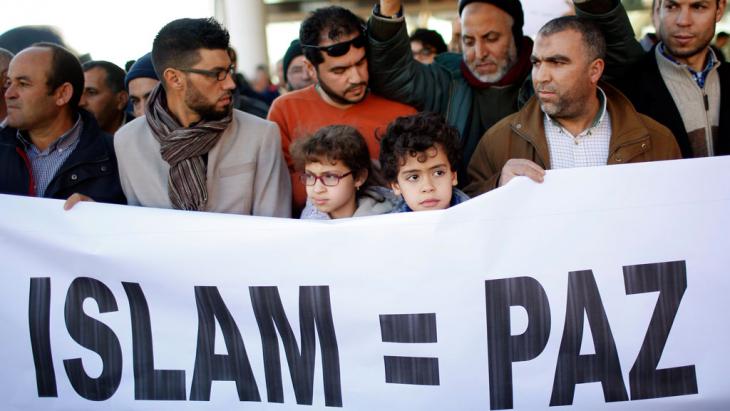 But there are other things that I do have to accept, even if it annoys me no end because they drag things that are important – even sacred – to me through the dirt. For example, when the crucified Christ is derided and given childish nicknames, or when the pope, the head of the Catholic Church, is depicted with a urine stain on his cassock under a headline: "Leak found in the Vatican".

No comedian, no cartoonist from any satirical magazine is sitting in a German prison for such acts because such provocations fall under freedom of speech, freedom of the press, freedom of art. Moreover, I, as a devout Christian, can choose to avoid them: I don't have to attend comedy evenings like that or I can walk out. Nor do I have to read such magazines or buy them. As an educated Christian, I console myself with a quote from Goethe: "Men show their character in nothing more clearly than what they think laughable."

All this is the legacy of the era that historians call the Enlightenment. To put it in simple terms, it is all about reciprocity: I get the freedom to believe what I want, and I in turn accept the freedom of others to say what they want. In short: my rights in exchange for tolerance towards people who think differently. The only thing that is not permitted is to offend people personally. What's more, places of worship – whether churches, synagogues, mosques or Buddhist temples – are protected spaces. This principle has served Europe and North America very well for around 300 years.

Standing up for religion: "But what hurts devout Muslims just as much as it hurts me is when [...] on days like this, people claim that a world without faith would be a better world because religiousness always leads to radicalism," writes Felix Steiner. "Coexister" (see logo above) is a French non-profit making, interreligious organisation that was set up six years ago and seeks to promote co-existence of the religions and tolerance through dialogue, solidarity and awareness-raising campaigns. Its members are young people from the Christian, Jewish and Muslim faiths

No compromise on tolerance

The "enlightened West" can and must not cut corners in this regard. Those who want to live here must accept these rules. This is not an imposition - even if it might sometimes appear so to conservative Christians and radical Muslims alike. And those who use violence to enforce their religious goals or eliminate enemies of their faith have no place in civilisation in 2015.

This view is shared not only by most of Europe's Christians, but also by more than nine out of ten Muslims living here; Muslims who long ago realised that the rules that apply in many Islamic countries would make it impossible for them to openly practice their faith in Europe, which is why they cherish European tolerance.

But what hurts devout Muslims just as much as it hurts me is when the brutal acts of a few radical madmen discredit an entire religion and religiousness in general; when, on days like this, people claim that a world without faith in God would be a better world because religiousness always leads to radicalism. No, I utterly reject that! My faith is precious to me, and I won't let anyone take it away. Incidentally, my Muslim neighbour shares my opinion.

Home
Print
Newsletter
More on this topic
France after the attack on "Charlie Hebdo": Much more is at stake than press freedomReactions to the "Charlie Hebdo" attack in the Arab world: "Radicals killed radicals"Attack on the French satirical magazine "Charlie Hebdo": Do not be deceived!
Related Topics
Cartoons, Charlie Hebdo, Dialogue of Religions, Freedom of religion, Islam in Europe, Satire
All Topics

Nouara may be 65, but she is ready to join thousands of others who burn their ID and pay traffickers for the chance of a new life in Europe. Zineb Bettayeb reports END_OF_DOCUMENT_TOKEN_TO_BE_REPLACED

Education for girls and women is still possible in Afghanistan, says Reinhard Eroes of the Kinderhilfe Afghanistan initiative. In interview with Elisa Rheinheimer, he talks about ... END_OF_DOCUMENT_TOKEN_TO_BE_REPLACED

Locals in the Middle East have said European critics are showing bias and hypocrisy when they condemn Qatar. Observers agree that Qatar has had to deal with more criticism than ... END_OF_DOCUMENT_TOKEN_TO_BE_REPLACED

In Doha, Arabs from Morocco, Tunisia, Egypt and Algeria are gathering to celebrate the first ever FIFA World Cup to be held on Arab soil. The criticism from Europe? Over the top, ... END_OF_DOCUMENT_TOKEN_TO_BE_REPLACED

Canan Topcu came from Turkey to Germany as a child. In her essay, she describes how bothered she was by the racism she encountered in her country of origin when she travelled ... END_OF_DOCUMENT_TOKEN_TO_BE_REPLACED
Author:
Felix Steiner
Date:
Mail:
Send via mail

END_OF_DOCUMENT_TOKEN_TO_BE_REPLACED
Social media
and networks
Subscribe to our
newsletter