Reassessing the Islamic Republic
Did the Iranian revolution deliver?

According to the well-known Tehran political science professor, Sadegh Zibakalam, if Iran were to hold a referendum on the Islamic Republic today, over 70% would clearly oppose it. Forty years on from the foundation of the Islamic Republic, Ali Fathollah-Nejad revisits the promises of the revolution to explore why this is the case

How is it that even a formerly enthusiastic supporter of the Islamic Revolution has delivered such a devastating verdict? To understand this radical shift and the frustration behind it, we must revisit the promises that the revolution made four decades ago. The 1979 Iranian revolution promised three goals: social justice, freedom and democracy, and independence from great power tutelage.

Framed in a Marxist-Islamist mind-set, the revolution was made on behalf of the mostazafin – the downtrodden – who were left behind by the monarchyʹs uneven development model. In the following four decades, intense controversy has erupted over the Islamic Republicʹs socio-economic performance. While some claim that under the Islamist regime remarkable progress has been made, others depict an entire country mired in misery. More nuance and contextualisation is needed.

Iran has indeed experienced progress over the last 40 years. Whether these successes have been a result of post-revolutionary policies, societal pressures, or the foundations laid by the shah remains hotly debated.

The shift from the shahʹs pro-urban, elite-centred policies to a pro-rural and pro-poor (populist) approach under the Islamic Republic included expanding infrastructure and basic services – such as electricity and clean water – from cities to the countryside. In short, the revolution sought to eliminate the rural-urban divide.

In rural Iran, the expansion of health and education led to a clear reduction in poverty: the 1970s poverty rate of 25% dropped to less than 10% in 2014. These social policies, biased in favour of the poor, help explain why Iranʹs Human Development Index (HDI) has been relatively positive. 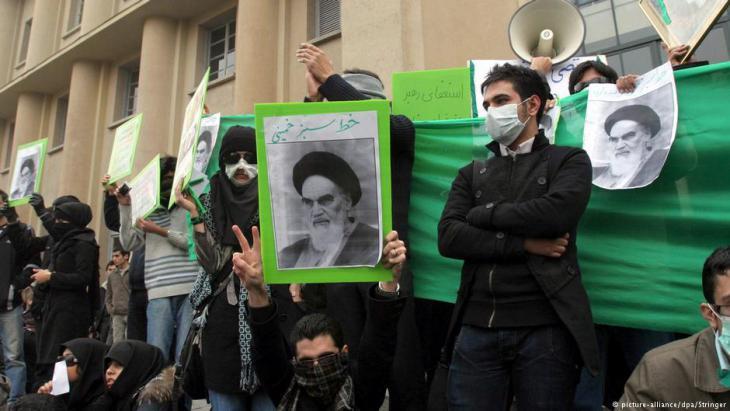 What next for Iranʹs "middle-class poor"? Defined as those with middle-class qualifications and aspirations, but suffering from socio-economic precariousness, this group was considered the social base of the 2017-18 uprising and is widely expected to continue to voice its anger and frustration, writes Fethollah-Nejad

Unlike before the revolution, most Iranians today enjoy access to basic services and infrastructure, while the population has almost doubled and most of the country is urbanised. Other measures of social development have similarly improved. Literacy has more than doubled, especially among women, and now encompasses almost all the population. Meanwhile, female students have outnumbered their male counterparts at universities for more than a decade.

However, while statistics indicate that absolute poverty has declined sharply, a majority of Iranians continue to suffer from socio-economic precariousness. Official sources state that 12 million live below the absolute poverty line and 25 to 30 million below the poverty line. Estimates suggest that one-third of Iranians, as well as 50 to 70% of workers, are in danger of falling into poverty.

Fourteen percent of Iranians live in tents, according to the Statistical Centre of Iran, and one-third of the urban population lives in slums. The living conditions of what anthropologist Shahram Khosravi calls Iranʹs "other half", or working-class poor, are striking: a 17-fold increase in the number of Iranians living in slums; 50% of the work force have only irregular employment; approximately 10 to 13 million Iranians "entirely excluded from health, work or unemployment insurance."

Drought and upstream water diversions have seen the Zayandeh Rood, "fertile river" in Persian, run dry since 2000, with only rare exceptions. The famed river bridges of the ... END_OF_DOCUMENT_TOKEN_TO_BE_REPLACED

Very different Western reactions to the suffering in Ukraine and the Arab world show that there is a profound rift among cultures. Essay by Michael Young END_OF_DOCUMENT_TOKEN_TO_BE_REPLACED

Since the government cut subsidies for food, prices in Iran have skyrocketed. Protests that broke out in Khuzestan province are now spreading across the Islamic Republic. By ... END_OF_DOCUMENT_TOKEN_TO_BE_REPLACED

United Arab Emirates strongman Sheikh Mohammed bin Zayed al-Nahyan, who was formally elected president on 14 May, has led a realignment of the Middle East, creating a new anti- ... END_OF_DOCUMENT_TOKEN_TO_BE_REPLACED

More than 800 Iranian filmmakers have signed a declaration against sexual harassment, coercion and violence in their industry. The public's response to their willingness to name ... END_OF_DOCUMENT_TOKEN_TO_BE_REPLACED
Author:
Ali Fathollah-Nejad
Date:
Mail:
Send via mail

END_OF_DOCUMENT_TOKEN_TO_BE_REPLACED
Social media
and networks
Subscribe to our
newsletter