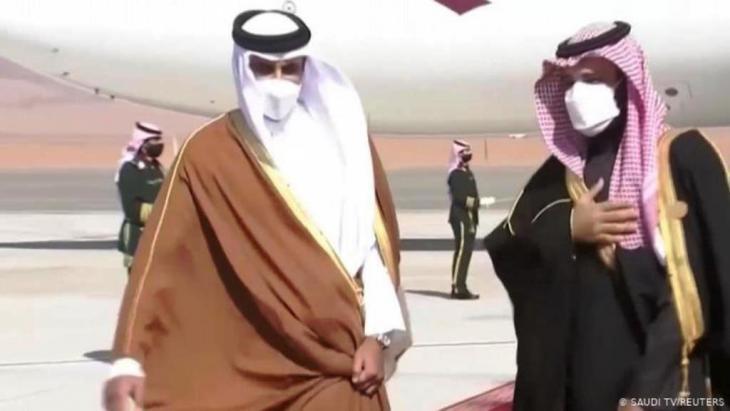 Saudi Arabia and its allies have agreed to set aside their differences with Qatar at a summit meeting of the Gulf Cooperation Council. The restoration of diplomatic relations could have strategic resonance far beyond the Gulf nations and change the entire region. By Karim El-Gawhary

A red carpet is rolled out for the Emir of Qatar, Sheikh Tamim bin Hamad Al Thani, at the airfield of the desert town of Al-Ula. On that carpet stands Saudi Crown Prince Muhammad Bin Salman, waiting to greet the arrival from Qatar with a lengthy embrace. It is a gesture of reconciliation that could have strategic consequences for the entire region.

After almost four years of a Saudi embargo against Qatar, also upheld by the United Arab Emirates, Bahrain and Egypt, the ice was broken just in time for the meeting of the Gulf Cooperation Council (GCC) in Saudi Arabia on 5 January.

The breakthrough was announced the previous evening by the Kuwaiti Foreign Minister Ahmad Nasser Al Sabah, who explained that the border and the air space between Saudi Arabia and Qatar had been reopened. Kuwait had negotiated the new agreement.

A short time later, the Emir of Qatar Sheikh Tamim bin Hamad Al Thani announced he would be accepting the invitation to the meeting of the GCC in Saudi Arabia. A treaty between the two nations was also due to be signed to there. 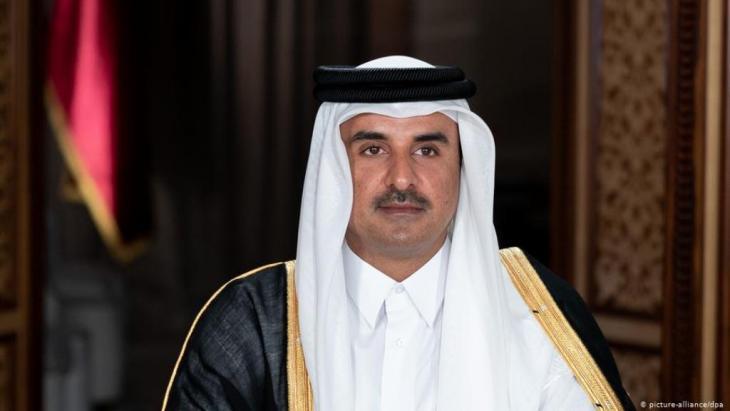 Standing strong in the face of boycott and blockade: "The agreement became possible because after an embargo lasting more than three-and-a-half years, it was becoming increasingly clear that the boycotting of Qatar had achieved nothing. […] The super-rich Gulf nation simply sat out the embargo," writes Karim El-Gawhary

The embargo has failed

It is an agreement that could have far-reaching consequences. Egypt sent its foreign minister to the GCC meeting. "Egypt supports efforts that preserve Arab unity and lead to reconciliation in the interests of all sides," was the wording of a foreign ministry statement from Cairo. The United Arab Emirates and Bahrain were more cautious. Both nations are among the hardliners in the Gulf region latterly opposed to a reconciliation.

The deal reportedly focuses on 18 points. In addition to opening the border and resuming air traffic, the agreement also stipulates that each side refrain from stoking reciprocal hostility in official media campaigns and from interfering in the domestic affairs of the other.

The agreement became possible because after an embargo lasting more than three-and-a-half years, it was becoming increasingly clear that the boycotting of Qatar had achieved nothing. The goal of bringing the small emirate to its knees could not be realised. The super-rich Gulf nation simply sat out the embargo. Meanwhile, many questions remain unanswered. All sides emphasise that the agreement is just the beginning, and that further details of the reconciliation need to be hammered out in a dialogue.

The embargo was originally justified by claims that Qatar's relations with Iran were too close and that it hosted a Turkish military base. The fact that Qatar is also regarded as a supporter of the Muslim Brotherhood was above all a thorn in the side of the UAE and Egypt, which classify the Brotherhood as a terrorist organisation. Saudi Arabia and Bahrain, on the other hand, were more concerned by Qatar's close ties to Iran.  Over the course of the embargo, it became obvious that the blockade was pushing the emirate even further into the arms of Tehran – another reason why Saudi Arabia pushed for an end to the boycott. 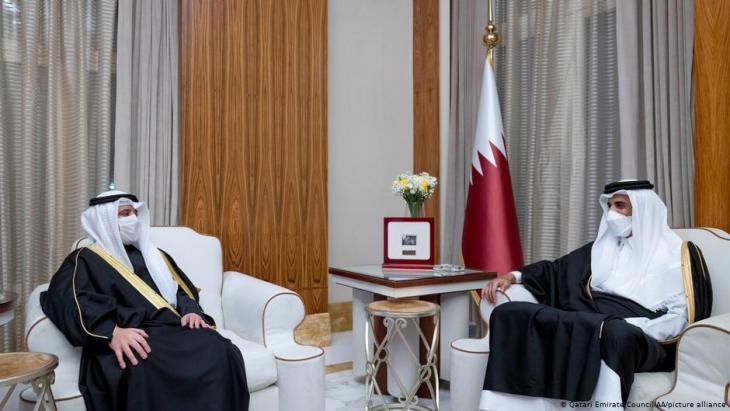 Persistent middleman on a mission to reconcile: Emir of Kuwait Sheikh Nawaf al-Ahmed (pictured here with Emir of Qatar Sheikh Tamim bin Hamad al-Thani) discussed the reconciliation between Qatar and Saudi Arabia in a number of telephone calls with the leaders of both countries. Kuwait assumed the role of negotiator in the dispute, which lasted over three and a half years

Saudi Arabia pushes through its agenda

The fact that Saudi Arabia pushed through its agenda despite resistance above all from the UAE is also evidence that the kingdom intends to reclaim its leading role in the Gulf region. In recent years, the Crown Prince of the United Arab Emirates, Muhammad Bin Zayed, repeatedly played the role of mentor and senior advisor to Saudi Crown Prince Muhammad Bin Salman. Bin Zayed is regarded as the architect of the blockade against Qatar.

The embrace between the Saudi Crown Prince and the Emir of Qatar could have strategic consequences for the entire region that extend far beyond the reaches of Gulf states.

After all, the breakdown of relations between the two nations was the trigger for many conflicts in the region. Essentially, it is also about the Arab Gulf states' relations with Iran and Turkey, but also with organisations such as the Muslim Brotherhood. Now, the deck could be reshuffled.

One example of where this new reconciliation could have an impact is Libya. There, Saudi Arabia, the UAE and Egypt have thus far supported General Khalifa Haftar in the east of the country, while Qatar and Turkey have backed the government in the western city of Tripoli.

If this Qatari and Saudi Arabian rapprochement could be further extended to an improvement in relations between Qatar, the Emirates and Egypt, then this could pave the way for a solution to many of the region's conflicts.

The rollout of coronavirus vaccines in the Middle East and North Africa is already taking place on a massive scale, with the United Arab Emirates leading the way. Nevertheless, ... END_OF_DOCUMENT_TOKEN_TO_BE_REPLACED

German Middle East analyst Guido Steinberg and television journalist Ulrich Tilgner have both published new books on the conflicts in the Middle East. Their analyses and their ... END_OF_DOCUMENT_TOKEN_TO_BE_REPLACED

Ten years after the start of the Arabellion in North Africa and the Middle East, many view the movement as a failure. But rather than being over, it has now entered a more mature ... END_OF_DOCUMENT_TOKEN_TO_BE_REPLACED

A heated debate is raging in the Islamic world about whether the religious and political spheres in Islam are one and the same. Before this matter can be settled, the terms " ... END_OF_DOCUMENT_TOKEN_TO_BE_REPLACED

With Ramadan over and coronavirus hopefully on the wane, Bader Al-Saif takes a look at how divisions dating back to the June 2017 blockade of Qatar shaped the region's contrasting ... END_OF_DOCUMENT_TOKEN_TO_BE_REPLACED
Author:
Karim El-Gawhary
Date:
Mail:
Send via mail

END_OF_DOCUMENT_TOKEN_TO_BE_REPLACED
Social media
and networks
Subscribe to our
newsletter