Although regime apologists are fond of asserting that the war in Syria is over, wary investors, an ongoing U.S. trade embargo, the pariah status of its ally Iran, not to mention galloping inflation, mean it could be years before the devasted country sees any real reconstruction. Analysis by Ghiath Bilal

Over the last year, the Syrian regime has managed to regain control over most of the territories that rebelled against it, particularly in the southern region and the Damascus hinterland (Ghouta). There is now a general feeling that the battle has been resolved in favour of the regime and that the next logical step would be to start the reconstruction process and normalise the Assad regimeʹs relations with both east and west.

In turn, this has prompted many countries wishing to participate in the reconstruction to activate their back channels, stepping up communications with the regime. For its part, the Syrian government, sensing imminent victory, has launched several reconstruction projects aimed at rebuilding some of the neighbourhoods in Damascus and Ghouta that witnessed a high degree of destruction during the war.

These efforts are also motivated by the realisation that in order to convert any military victory into sustainable political success – both domestically and internationally – the Assad regime must achieve three goals. Firstly, it needs to normalise relations with both its neighbours and the West; secondly, it needs to begin reconstruction, restoring services and control to the devastated areas; and thirdly, it needs to kick-start the Syrian economy.

The cost of reconstruction

Cost estimates relating to the reconstruction of Syria vary according to their calculation methodology. At the end of 2016, the World Bank estimated the cost would be $ 450 billion were the war in Syria to have stopped in 2017. The WB also predicted that these costs would increase to $780 billion were the war to continue until 2021. 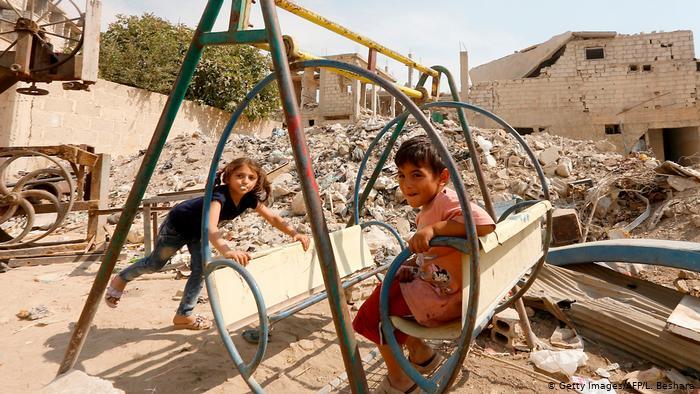 "The profitability of any investment in Syria today remains highly questionable, given the lack of security for goods and people, untrustworthy legislative and judicial systems and a highly volatile currency. Such an environment is guaranteed to knock the cost-benefit analysis of any investment sideways in favour of the costs, thus scaring away investors," writes Bilal

In 2018, the Syrian government put the cost of reconstruction at about $400 billion. In both instances, the cost outstrips Syriaʹs 2010 GDP by more than a whopping six times. When it comes to financing the reconstruction process, two main funding channels exist: externally sourced finance, acquired through aid and loans for the rebuilding of Syriaʹs economic infrastructure; and structurally sourced finance, acquired by attracting investments and aiming to achieve high growth rates.

As regards potential aid, it is well-known that Afghanistan is the country to have received the highest level of reconstruction assistance in the world to date, amounting to about 8 billion dollars annually. Assuming that Syria would be able to obtain the same level of aid (which is highly unlikely), that the funds would be used efficiently and that the countryʹs endemic corruption could be eliminated (also unlikely in the case of the current regime), then the Syrian state would need more than fifty years to cover the cost of reconstruction.

Morever, as far as attracting foreign investments is concerned, the regime, its allies and cronies, are all still subject to draconian economic sanctions by both the USA and the European Union; an aspect that is simply likely to deter major and minor investors alike. Not to mention the fact that the profitability of any investment in Syria today remains highly questionable, given the lack of security for goods and people, untrustworthy legislative and judicial systems and a highly volatile currency. Such an environment is guaranteed to knock the cost-benefit analysis of any investment sideways in favour of the costs, thus scaring away investors.

Philosopher Juergen Habermas was due to be awarded a major Arab prize in Abu Dhabi, but has turned it down following criticism. This decision torpedoes Arab efforts at a ... END_OF_DOCUMENT_TOKEN_TO_BE_REPLACED

In his book "Ground Zero: 9/11 und die Geburt der Gegenwart" (Ground Zero: 9/11 and the Birth of the Present) Islamic scholar Stefan Weidner analyses the consequences of the ... END_OF_DOCUMENT_TOKEN_TO_BE_REPLACED

As Qatar prepares to host the 2022 FIFA World Cup, the country has come under fire for its treatment of migrant workers, with some nations calling for a boycott of the contest. ... END_OF_DOCUMENT_TOKEN_TO_BE_REPLACED

German Middle East analyst Guido Steinberg and television journalist Ulrich Tilgner have both published new books on the conflicts in the Middle East. Their analyses and their ... END_OF_DOCUMENT_TOKEN_TO_BE_REPLACED

Televised Turkish dramas are all the rage in the Middle East. A young Ottoman TV Empire has been expanding its soft power by harnessing regional dialects, Arabic names and viewers ... END_OF_DOCUMENT_TOKEN_TO_BE_REPLACED
Author:
Ghiath Bilal
Date:
Mail:
Send via mail

END_OF_DOCUMENT_TOKEN_TO_BE_REPLACED
Social media
and networks
Subscribe to our
newsletter