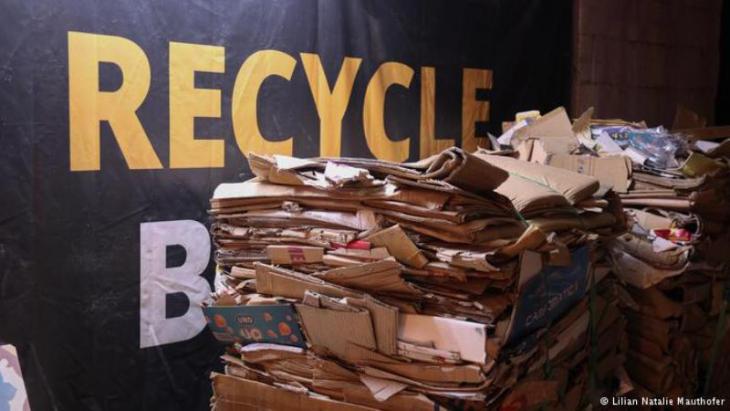 With Lebanon's rubbish crisis in its second year, ordinary citizens are taking the problem of the ever-growing piles of trash into their own hands. This shift in consciousness represents a new reality for the government. By Alice Kohn in Beirut

When Kassem Kazak had the idea to start a recycling company with a friend in Lebanon, he didn't expect the extent to which his initiative would strike a nerve.

Recycle Beirut, which Kazak launched at the end of 2014, was meant to provide an environmentally friendly alternative to conventional waste disposal, as well as create job opportunities for Syrian refugees in Lebanon. No one at Recycle Beirut had any experience in waste management; Kazak himself is an IT engineer.

"We became friends with the people who collect the rubbish at night," Kazak said. "They showed us how waste management in Lebanon works."

The team at Recycle Beirut quickly realised that the concept of recycling was little-known in Lebanon and that recycling plants simply didn't exist in the country.

"There is not much sorting from the source, because there are not many efforts to collect recycled trash. And this is where the problem lies," Kazak said.

That's where Recycle Beirut stepped in. Since early 2015, trucks from the company have been driving the streets of the Lebanese capital, collecting recycled waste from private households. The waste is collected in a warehouse and eventually brought to the individual waste processing plants. 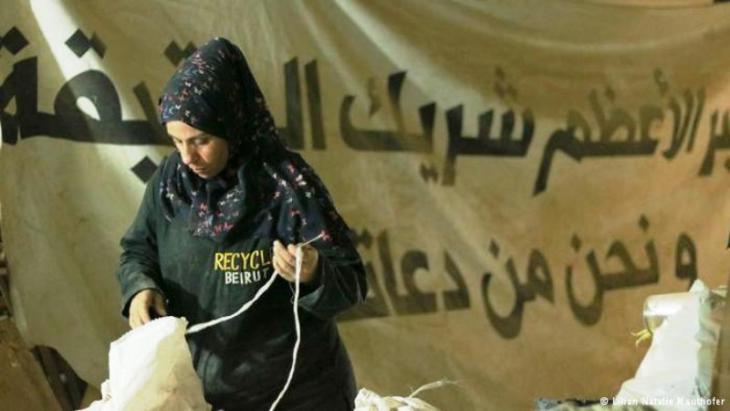 Recycle Beirut: launched by Kazak at the end of 2014, the aim of the organisation has been to provide an environmentally friendly alternative to conventional waste disposal, as well as create job opportunities for Syrian refugees in Lebanon. What the founders lacked in experience - Kazak is an IT engineer - they made up for in enthusiasm. "We made friends with the people who collect the rubbish at night," recalls Kazak. "They showed us how waste management in Lebanon works"

Kazak soon realised that, apart from the logistical hurdles, their main challenge was going to be introducing a recycling culture to Lebanon. Events in the summer of 2015, when rubbish began piling up in the streets, played a major part.

Up until 2015, waste disposal was mainly taken care of by a private company, Sukleen. Collected waste was briefly processed, if at all, then dumped in a landfill near the city of Naameh, south of Beirut.

Sukleen kept using the site near Naameh even after capacity was reached. When protesting residents managed to close the landfill in July 2015, Sukleen – in the absence of an alternative plan – simply stopped collecting and rubbish began piling up on the streets throughout Lebanon.

A month later, the You Stink! grassroots movement brought more than 200,000 people onto the streets to demand that the government come up with an economical and ecological plan to dispose of the waste.

More than a year later, the government still hasn't found a solution. But this inaction has spurred citizens to act and Recycle Beirut has consequently seen its business grow.

Today, the company employs 17 Syrian refugees and sends out three trucks every day to pick up 2 to 3 tons of pre-sorted waste. This new focus on recycling is also reflected in the number of households who have signed up with Recycle Beirut, which has risen from a dozen to more than 1,100.

Journalist Kareem Chehayeb, who has actively participated in the rubbish protests, has noticed increased awareness among the Lebanese population when it comes to environmental issues. This has been especially visible in the reactions from politicians.

"For the first time, we are seeing politicians from both sides becoming involved and discussing their solutions in the media," said Chehayeb.

Another sign of the consciousness shift has been reflected in the business world. "Every company brags about how green they are. True or not, it shows that there is a demand."

This new awareness is also reflected in the many environmental movements and non-governmental organisations that have emerged in the course of the protests, especially at the universities. Chehayeb, however, is critical of this development.

"I can′t fault their commitment, but a lot of these NGOs are doing what the state should be doing," he pointed out. "My concern is that the more NGOs become active, the less the government will feel the need to step in. We pay taxes for this service and the taxes shouldn't channelled away from that. The government has a responsibility." 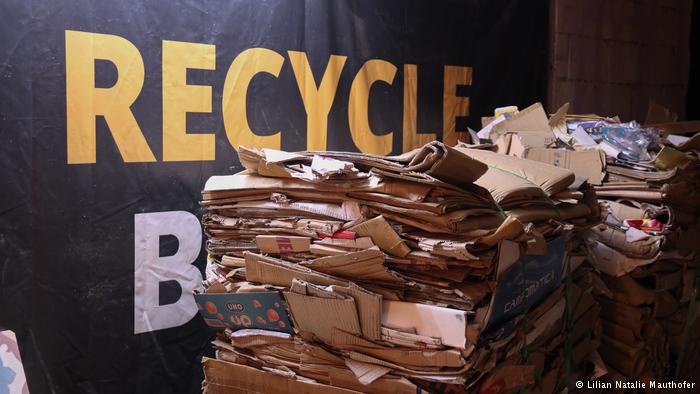 Public awareness at an all-time high: "for the first time, we are seeing politicians from both sides becoming involved and discussing their solutions in the media. What's more, every company brags about how green they are. True or not, it shows that there is a demand," says journalist and environmental activist Chehayeb

Environmental engineer Ziad Abichaker has chosen to throw in his support with the community activists. With his organisation, Cedar Environmental, he has been building recycling plants since 2009.

"The only way you can win people over is with results and showing that they make good financial sense for the municipality," he explained. In September, Cedar Environmental launched a new zero-waste facility in Beit Mery, 15 kilometres east of Beirut. The facility processes about a ton of municipal waste for $62; Sukleen processed the same amount for $130.

"We offered a solution where they not only get the rubbish off the street, but also save 50 percent," said Abichaker.

Private citizens have woken up and discovered the alternatives – and that′s something the government will have to get used to.

Food prices doubled, salaries halved, banks restricting withdrawals: Egyptians now have the same problems as the Lebanese. But if things get worse here, the fallout will be far ... END_OF_DOCUMENT_TOKEN_TO_BE_REPLACED

Lebanon was long viewed as the Switzerland of the Middle East. Until relatively recently, billions were deposited in its banks. Gulf states were among the foremost investors in ... END_OF_DOCUMENT_TOKEN_TO_BE_REPLACED

November 2022 sees the Arab world firmly in the spotlight with the COP27 in Egypt and the FIFA World Cup in Qatar. Public trust in MENA governments is weak, thanks to their ... END_OF_DOCUMENT_TOKEN_TO_BE_REPLACED

"You are not my guide... I am the compass. Iranian women have spoken, freed themselves, and unleashed a revolution despite smelling death. They have cut their braids in anger; ... END_OF_DOCUMENT_TOKEN_TO_BE_REPLACED

In “The Wrong End of the Telescope”, Rabih Alameddine draws us away from the headlines and into the personal story of one individual. Mina is complex, compelling and very real. By ... END_OF_DOCUMENT_TOKEN_TO_BE_REPLACED
Author:
Alice Kohn
Date:
Mail:
Send via mail

END_OF_DOCUMENT_TOKEN_TO_BE_REPLACED
Social media
and networks
Subscribe to our
newsletter