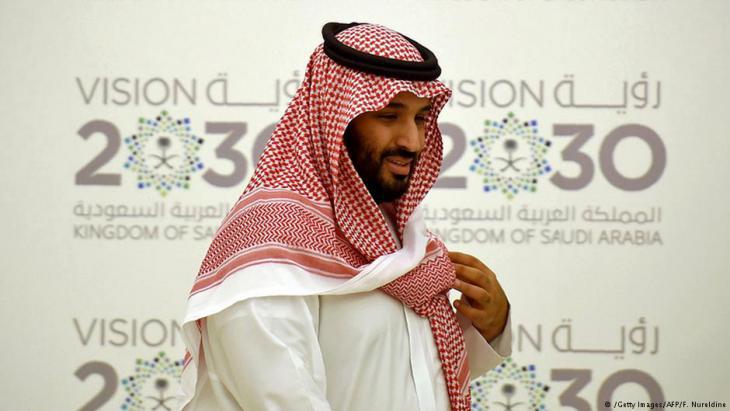 The crown prince of Saudi Arabia says he wants to fundamentally change his country. But the inexperienced and impulsive young Mohammed bin Salman could quickly find himself in over his head, says Nader Alsarras

It is to be one of the biggest projects the Middle East has ever seen: A technology park and a new city with the futuristic name "Neom". What Saudi Arabian Crown Prince Mohammed bin Salman announced in Riyadh sounded nothing short of spectacular: A new, hyper-modern city, built on the desert sands of the country's northwest corner and home to more robots than people. Its projected cost: $500 billion (426 billion euros). The crown prince is not looking for traditional investors though, instead his sales pitch is directed at "visionaries who want to create something utterly new."

The 32-year-old bin Salman, considered the most powerful man in Riyadh, appears unwavering in his quest to thoroughly modernise the ultraconservative kingdom – not only economically but socially. For as spectacular as the Neom plan is, another announcement at the same event was much more explosive: Bin Salman is proposing that Saudi Arabia return to a more moderate version of Islam – one that is more open toward other religions.

That is an astonishing new perspective for the country, which has long been culturally closed off from the rest of the world. For more than two centuries, Saudi Arabia has been home to Wahhabism, which preaches an ultraconservative interpretation of Islam. It is an ideology that the kingdom, thanks to its massive oil wealth, has been busily exporting around the world for decades.

But now, things are supposed to change in the country: women are to be given the right to drive, for instance. And the crown prince has plans to build a luxury tourist resort on the Red Sea for an international clientele – that means that women will be allowed to wear bikinis and bars and restaurants will serve alcohol – things that were heretofore unthinkable. 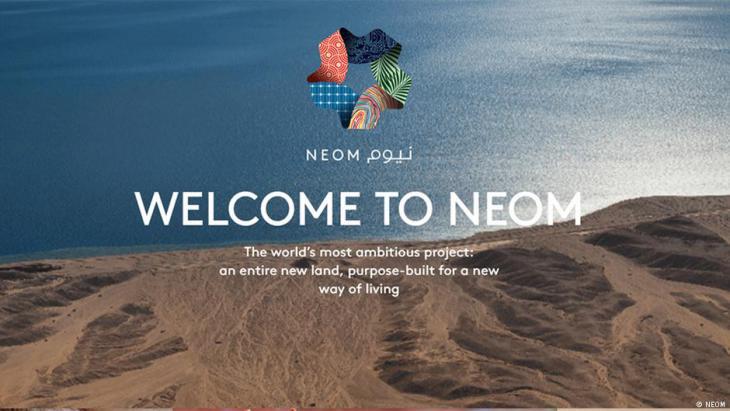 House of Saud in futuristic mood: the Neom project is to cover 26,500 square kilometres between the Red Sea and the Gulf of Aqaba, an area more than 33 times larger than New York City. It will focus on nine economic sectors including energy, water, bio-tech, not to mention entertainment. The new mega industrial zone is part of Mohammed bin Salman′s ambitious Vision 2030, with which Saudi Arabia is aiming to lessen its dependence on oil revenues

Bin Salman's plans to give Saudi Arabia a new, more modern appearance have, however, been greeted with a fair amount of scepticism, even criticism. Indeed, critics see the announcements as a shrewd marketing strategy designed to attract more investors. Others claim that bin Salman's idea of fighting religious extremists is simply a veil for his true intention – ridding himself of dissidents and political opponents. Just recently he had religious leaders known to be opposed to the government arrested.

Criticism of the prince is not unfounded. For a true transformation would demand the implementation of very different reforms – and the kingdom does not seem to feel much urgency on that front. The country is a far cry from being a democracy or a guardian of human rights.

The pace of the prince's proposed reforms present another problem as well. The Saudi royal family runs the risk of fuelling opposition from the hardliners and conservative clerics that have always been the guarantor for the House of Saud's undisputed power. One thing that greatly angered archconservatives in the kingdom was the recent severing of influence exerted by the religious police, which over the years had grown into a practically independent state security apparatus with wide-ranging powers.

In the end, Saudi Arabian society is still considered to be ultraconservative. If orders to quickly open the country are handed down from on high, the ensuing social upheaval could prove dangerous for bin Salman. People are not like the robots the crown prince plans to use to populate Neom. Mindsets cannot simply be reprogrammed at the flip of a switch. 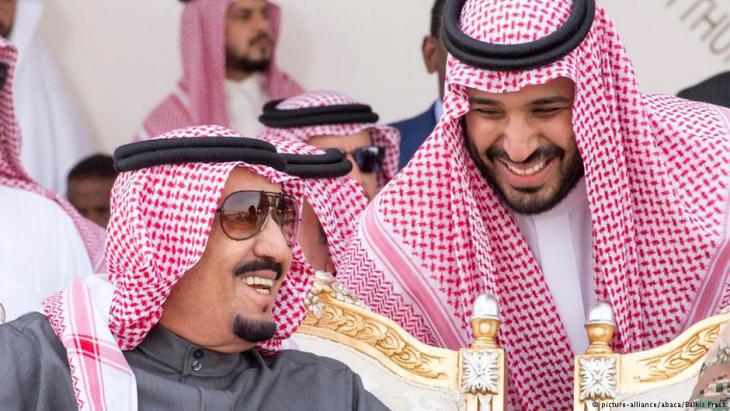 Justifiably sceptical: "true transformation would demand the implementation of very different reforms – and the kingdom does not seem to feel much urgency on that front,″ writes Nader Alsarras. ″The country is a far cry from being a democracy or a guardian of human rights. The pace of the prince's proposed reforms present another problem as well. The Saudi royal family runs the risk of fuelling opposition from the hardliners and conservative clerics that have always been the guarantor for the House of Saud's undisputed power″

Bin Salman's references to the Iranian Revolution as the root of all religious extremism in the region also give reason to doubt his intentions: is he really determined to transform Saudi Arabia into a tolerant and open country, or is that all just rhetoric that gives him the opportunity to knock his arch-enemy, Iran?

Many observers see the young crown prince, upon whom his ageing father has bestowed wide-ranging powers, as an inexperienced political climber – one prone to make grave mistakes: as he did when he initiated a war against the Houthis in Yemen in 2015, shortly after being named defence minister. It is a conflict that has pushed the poorest country in the Arab world into utter misery rather than "Restoring Hope", as the name of the military campaign suggested.

Bin Salman's latest adventure could well backfire. Modernising the country will require far more than a few massive building projects and will certainly take more than a couple of years to complete. Breaking Saudi Arabia's dependence on oil makes sense, yet the country's leaders have been talking about it for almost 40 years.

And it still has not happened. Thus it remains unclear if bin Salman will even be able to finance his project as long as oil prices continue to stagnate and the massive hole in Saudi Arabia's budget keeps growing.

It also remains a mystery just how bin Salman intends to "immediately" destroy extremist thought in Saudi Arabia. In any case, he has yet to announce specific details. Such militant language not only sounds politically naive, it suggests a massive amount of hubris – something that suits no one in the world of politics.

Just as the Islamic Revolution fundamentally changed Iran 43 years ago and had an impact far beyond the country's borders, the current wave of protests sweeping the country is set ... END_OF_DOCUMENT_TOKEN_TO_BE_REPLACED

Unflattering terms were used at a German Football Association human rights congress aimed at "intensifying the discussion" ahead of the World Cup. One speaker in particular made ... END_OF_DOCUMENT_TOKEN_TO_BE_REPLACED

While the ongoing legal dispute between Qatar Airways and European aircraft manufacturer Airbus has sent shockwaves across the entire global aviation sector, it may also threaten ... END_OF_DOCUMENT_TOKEN_TO_BE_REPLACED

Like Christianity, Europe's history is one of migration. Both have strong roots in the Orient and in cultures thousands of years old. Cultural historian Bernhard Braun invites us ... END_OF_DOCUMENT_TOKEN_TO_BE_REPLACED
Author:
Nader Alsarras
Date:
Mail:
Send via mail

END_OF_DOCUMENT_TOKEN_TO_BE_REPLACED
Social media
and networks
Subscribe to our
newsletter