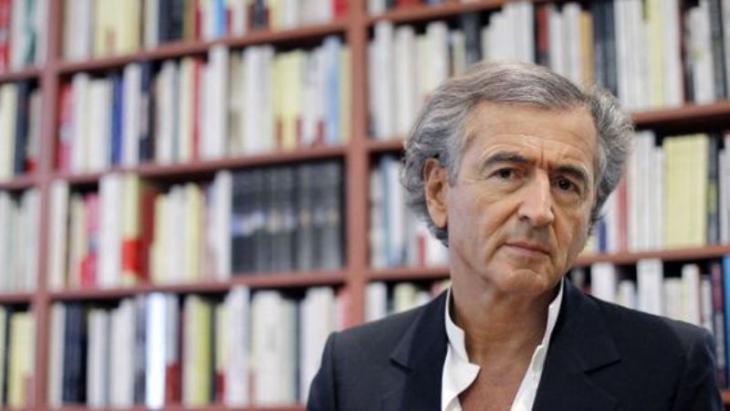 Refugee crisis in Europe
The price of European indifference

In dealing with the refugee crisis – harassed by its xenophobes and consumed by self-doubt – Europe has turned its back on its values. Or has it lost sight of them altogether? A critical discussion by the French philosopher Bernhard-Henri Levy

Europe′s migration debate has taken a disturbing turn. It began with the creation of the catch-all concept (a legal freak) of a ″migrant″, which obscures the difference, central to the law, between economic and political migration, between people escaping poverty and those driven from their homes by war. Unlike economic migrants, those fleeing oppression, terror, and massacre have an inalienable right to asylum, which entails an unconditional obligation by the international community to provide shelter.

Even when the distinction is acknowledged, it is often as part of another sleight of hand, an attempt to convince credulous minds that the men, women, and children who paid thousands of dollars to travel on one of the rickety boats washing up on the islands of Lampedusa or Kos are economic migrants. The reality, however, is that 80% of these people are refugees, attempting to escape despotism, terror, and religious extremism in countries like Syria, Eritrea, and Afghanistan. That is why international law requires that the cases of asylum-seekers are examined not in bulk, but one by one.

And even when that is accepted, when the sheer number of people clamouring to get to Europe′s shores makes it all but impossible to deny the barbarity driving them to flee, a third smokescreen goes up. Some, including Russia's foreign minister, Sergei Lavrov, claim that the conflicts generating these refugees rage only in Arab countries that are being bombed by the West.

Here again, the figures do not lie. The top source of refugees is Syria, where the international community has refused to conduct the kinds of military operations required by the ″responsibility to protect″ – even though international law demands intervention when a mad despot, having killed 240,000 of his people, undertakes to empty his country. The West also is not bombing Eritrea, another major source of refugees.

Yet another damaging myth, perpetuated by shocking images of refugees swarming through border fences or attempting to climb onto trains in Calais, is that ″Fortress Europe″ is under assault by waves of barbarians. This is wrong on two levels.

First, Europe is far from being the migrants′ primary destination. Nearly two million refugees from Syria alone have headed to Turkey, and one million have fled to Lebanon, whose population amounts to just 3.5 million. Jordan, with a population of 6.5 million, has taken in nearly 700,000. Meanwhile, Europe, in a display of united selfishness, has scuttled a plan to relocate a mere 40,000 asylum-seekers from their cities of refuge in Italy and Greece.

Second, the minority who do choose Germany, France, Scandinavia, the United Kingdom, or Hungary are not enemies who have come to destroy us or even to sponge off of European taxpayers. They are applicants for freedom, lovers of our promised land, our social model, and our values. They are people who cry out ″Europe! Europe!″ the way millions of Europeans, arriving a century ago on Ellis Island, learned to sing ″America the Beautiful″.

Then there is the ugly rumour that this imaginary assault has been clandestinely orchestrated by the strategists of a ″great replacement″, with foreigners supplanting native Europeans, or, worse, by agents of an international jihad, in which today′s migrants are tomorrow′s terrorists on bullet trains. It should go without saying that this is nonsense. 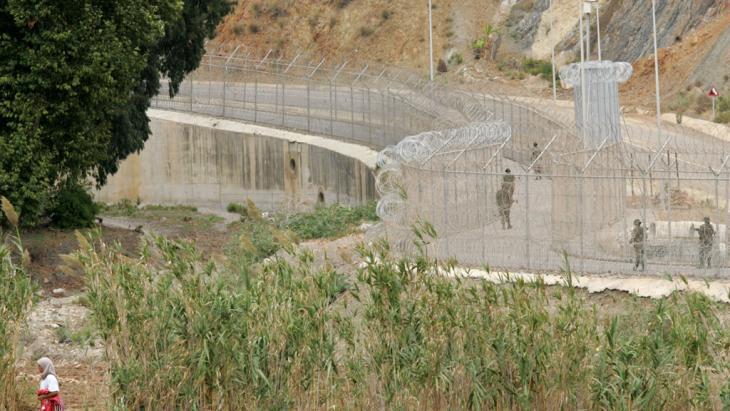 The gates of Europe are barred: "Refugees are being wholly rejected. Indeed walls are being constructed to keep them out. The result is another group of people being denied basic rights", criticises Bernard-Henri Levy

Taken together, these distortions and delusions have had serious consequences. For starters, the Mediterranean Sea has been all but abandoned to human smugglers. The Mare Nostrum is gradually becoming the kind of vast and watery mass grave described by a faraway poet. Some 2,350 people have drowned already this year.

But, for most Europeans, these people are little more than statistics, just as the women and men who have survived the journey remain unidentified and indistinguishable, a threatening anonymous mass. Our society of the spectacle, normally so quick to manufacture an instant celebrity to serve as the ″face″ of the crisis du jour (anything from swine flu to a truckers′ strike), has not taken an interest in the fate of a single one of the ″migrants″.

These individuals – whose course to Europe resembles that of the Phoenician Princess Europa, who arrived from Tyre on Zeus′s back several millennia ago – are being wholly rejected; indeed, walls are being constructed to keep them out. The result is another group of people being denied basic rights. Such people, as Hannah Arendt once observed, will ultimately come to see in the commission of a crime their only path into the world of law and of those who enjoy the rights the law confers.

Europe, harassed by its xenophobes and consumed by self-doubt, has turned its back on its values. Indeed, it has forgotten what it is. The bell tolls not only for the migrants, but also for a Europe whose humanistic patrimony is crumbling before our very eyes.

Bernard-Henri Levy is one of the founders of the "Nouveaux Philosophes" movement. His books include "Left in Dark Times: A Stand Against the New Barbarism".

Home
Print
Newsletter
More on this topic
Jordan and the influx of refugees: The true SamaritansSyrian refugee protest in Germany: We have to save the lives of our wives and children"Qantara dossier on the European Union's policy on refugees and migration
Related Topics
European Union (EU), Islam in Europe, Migration, Muslims in the West, Policy on refugees and migration, Refugees, Syrian Civil War
All Topics

Two refugees detained in Egypt are facing deportation to Eritrea. The expulsion of the Eritreans, who have been incarcerated in Cairo for more than eight years, has been halted ... END_OF_DOCUMENT_TOKEN_TO_BE_REPLACED

Blending East African, Bollywood and Arab music traditions, Groupe RTD's "The Dancing Devils of Djibouti" is not only a stunning album, it is also the first internationally- ... END_OF_DOCUMENT_TOKEN_TO_BE_REPLACED

A team of investigative journalists involving the Deutsche Welle have discovered that German weaponry and tech play a far greater role in the Yemen conflict than previously ... END_OF_DOCUMENT_TOKEN_TO_BE_REPLACED

Ethiopia and Eritrea didn't pen their peace agreement in Addis Ababa or Asmara, but in Saudi Arabia with the Emirates alongside. Are economic and military interests increasingly ... END_OF_DOCUMENT_TOKEN_TO_BE_REPLACED

How do authoritarian regimes respond to EU initiatives to stem migration? A recent publication by the German Institute for International and Security Affairs (SWP – Stiftung ... END_OF_DOCUMENT_TOKEN_TO_BE_REPLACED

The EU claims that the migration pact with Africa is a completely new initiative. Rather than reshaping patterns of migration, however, Europe′s desperate politics of symbolism ... END_OF_DOCUMENT_TOKEN_TO_BE_REPLACED
Author:
Bernard-Henri Lévy
Date:
Mail:
Send via mail

END_OF_DOCUMENT_TOKEN_TO_BE_REPLACED
Social media
and networks
Subscribe to our
newsletter